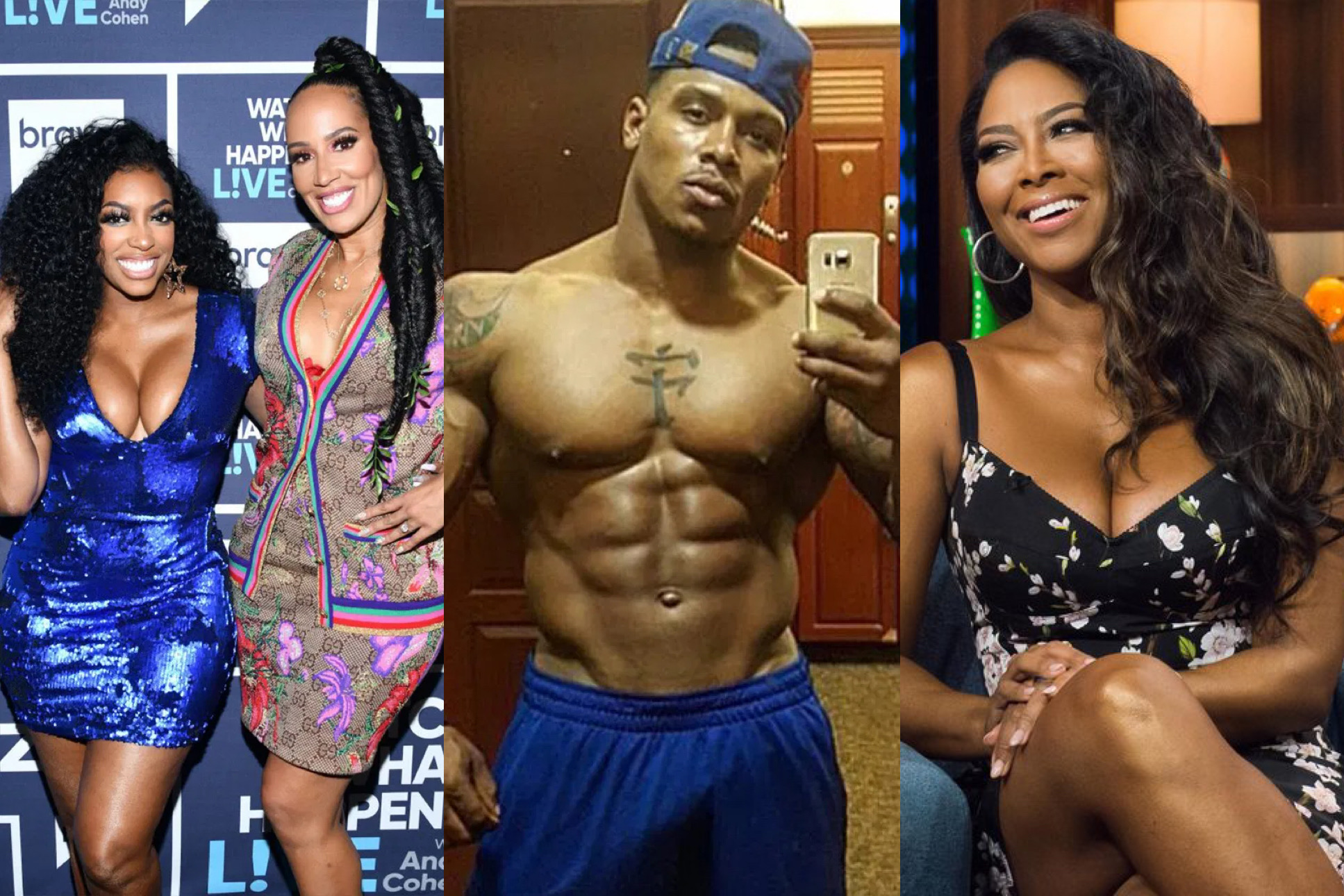 Listen up, Rule #1 of reality television: someone is always watching (or listening). The ladies of Real Housewives of Atlanta found this out the hard way during last night’s episode filled with what was deemed “freak h*e” activities.

After he came inside to strip for them, Porsha asked him — off-camera — whether he’d like to come back and “party” with them. He asked if it would still be on film and she told him, “No, it’s cool.” At that point, host Kandi Burruss also turned to production and said, “Hopefully, we can get you guys to turn off the cameras for a little while so we can actually have fun.” They agreed to wrap and took off everyone’s mics, but there were still security-style cameras set up around the house in the corners of some of the rooms and outside. While the women moved some of them around or covered them for privacy, they still picked up sound and some of the action happening as the party continued.

“Where is Bolo and his thing,” Porsha exclaimed at one point, before adding, “One of you bitches is eating me tonight!” The next morning, the place they rented was covered in clothes, whips and empty drinks, as Kenya Moore started to play detective and piece together what really went down when the cameras seemingly turned off. Moore said, at one point, she saw Porsha and LaToya Ali “making out and grinding,” as footage showed the two getting close, before Williams later exclaimed, “Now I’m a lesbian!”

As footage from the previous night continued to be shown in bits and pieces, Bolo, at one point, told the women, “As long as I got a face you always got somewhere to sit.””6am I was up, went downstairs, no one was in the living room and I could hear noises, moans and groans and I heard voices coming from the hallway,” Moore claimed, as a map showed the hallway was in-between Kandi and Porsha’s rooms. “I’m like, are you serious? Somebody is screwing the stripper!” Footage then showed Bolo leaving the house around 7am the next morning.

While Kandi told the group “What happens in the dungeon, stays in the dungeon,” Kenya was on a mission to expose everything that went down. “There’s definitely some hoes in this house!” she exclaimed. Detective Kenya kept investigating later that day before dinner, as Moore asked Kandi whether she heard anything in the next room. “Let these people have their personal business,” Burruss told her costar, saying that maybe Bolo was just giving some of the ladies a private dance. “That private dance lasted for a good 45 minutes,” exclaimed Kenya. This eventually led to Kenya revealing that she believes it was Porsha and Tanya who spent the night with Bolo in a threesome.

“Kenya is so disgusting,” added Porsha. “Girl, you tired. I don’t f— with you. You honestly can’t even bother me with your lies.” As they met up with LaToya, she said she was starting to see everyone’s issue with Moore — who was starting to make their “fun night into a problem.” This has all continued to play out via social media with many accusing Kenya or “breaking girl code” and ruining the nights fun. Take a look at the receipts below. What do you guys think? Is Kenya crossing the line or is all far in drama and gossip?

Kandi is not here for what Kenya is trying to do. She nipped that. She just wanted the ladies to have unjudged fun #RHOA pic.twitter.com/VZWWEH0DfG

Child whatever, they cut off cameras, mics and all that but they should have cut you off.😂🤣 #diarrheamouth #alwayslookingforamoment #rhoa

The double standards per lady is crazy!! Anyone else other than Porsha would’ve been alllll types of low down dirty heaux y’all really be picking and choosing #RHOA