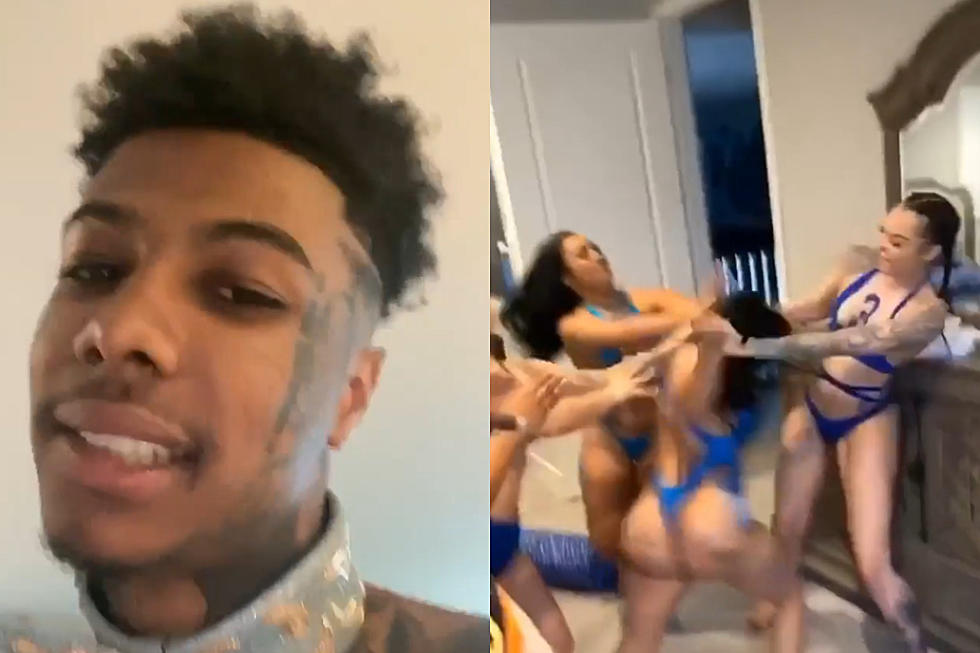 Blueface was shooting a music video at his home despite social distancing regulations, when a fight broke out between some of the thong-clad stars.

Despite strict social distancing regulations, Blueface proceeded to shoot a music video at his home in California complete with a gaggle of female co-stars in blue bikinis, but things did not end well. It would appear that Blueface has not been abiding by the rules of self-isolation, instead inviting a whole crew over to his crib to create some visuals for a new song. The rapper himself posted some footage from the shoot on his Instagram story, showing off his squad of video vixens twerking for the camera.

Although the festivities started off light and fun, with Blueface playing a game of “duck duck goose” with the mask-and-thong-clad ladies in the first few clips, the mood quickly shifted after a verbal fight between a few vixens turned physical. While some of the ladies were still dancing for the camera, others were throwing punches and pulling each other’s hair. Blueface caught it all on tape and proceeded to post it on his IG story. The fight moved from room to room, and at one point, one of the girls even snatched another girl’s wig right off her head.

Blueface later clarified that the girls were not fighting over him, but that a combination of “henny” and “attitude” had caused the commotion.

Let this be a lesson to postpone all video shoots until after the pandemic is over. Take a look at all the receipts.