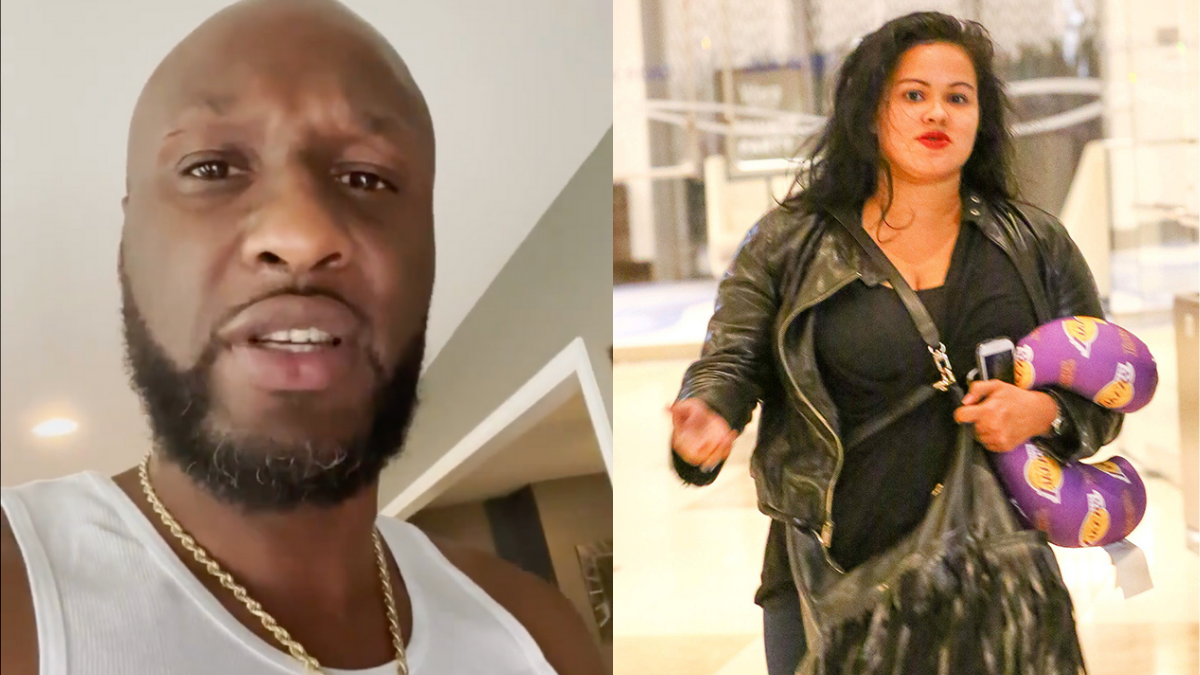 Lamar Odom’s baby mama apparently anticipated checks for life after birthing the former baller’s babies and he claims he’s supported his ex since they were together, even during his marriage to Khloé Kardashian… but now he says it’s time for home girl to get a job.

Fans of Basketball Wives may see this play out for reality television, but for now, Lamar Odom is airing out his personal life on social media. During the last season of the popular show, Odom’s ex Liza Morales’ storyline pretty much revolved around receiving support from her famous ex (despite the fact the children are now considered “grown” at 19 and 22). According to Page Six, Odom owes $91K in child support payments that he’s missed since July 2020. The former couple shares two children together and the outlet stated that Odom also was supposed to be responsible for Morales’s New York City apartment where she lives with their kids. He reportedly hasn’t paid $83K in rent, causing Morales and the children to be evicted.

In a recent hearing, Odom’s celebrity boxing match was called into question after it was learned that he earned $40K from the fight against Aaron Carter. “If Mr. Odom is in good enough shape to participate in a boxing match, he’s certainly in good enough shape to abide by his obligations to support his children as set forth in the settlement agreement,” Manhattan Supreme Court Judge Matthew Cooper reportedly said during a hearing.

“He is definitely making income,” Morales reportedly stated in a video. “He just got a check for that boxing match. He is doing a lot of things regarding his brand. He has a CBD company that he works with.” Later, Odom shared a screenshot of a headline about this case and penned a lengthy response.

He called the news “BS” and included his ex’s Instagram handle, but admitted that she’s blocked him. “I was never married to my kids mother. I took care of her from the second she became pregnant and even after I was married I still paid her bills,” he said. “I AM NOT RESPONSIBLE for a GROWN ASS WOMAN!! Once my children became adults my duties were done! I told her to GO TO WORK! MOVE into an affordable home, she didn’t listen and that is NOT on ME!”

He criticized the media and the public for referring to him as a “deadbeat” without taking into consideration that Morales needs to get a job. “Enough is enough. I do not get pension from the NBA until I’m 46. I do not own a CBD line, I did not get paid $40k from Celebrity Boxing,” he claimed, adding that he’s working, he’s building a “solid brand,” and he sends money to his children every month.

“Do I support Liza? No !!! And I shouldn’t be made to either! So I will have my day in court, I was never served papers to appear and I will be filing an injunction to this bitter Judges order.” He then saluted mothers taking care of their children and fathers who do the same “but receive no credit.”

“To the Liza’s who sit on their asses and expect a handout, who lie and manipulate their children, who use their children as pawns, who creates stories and scenarios to attract attention, may you seek healing and counseling for your brokenness ~ you need it.” Check out his post along with Liza’s below. I totally understand Lamar needing to take care of his child support, but should he really be accountable for providing Liza’s living while she… stays home?