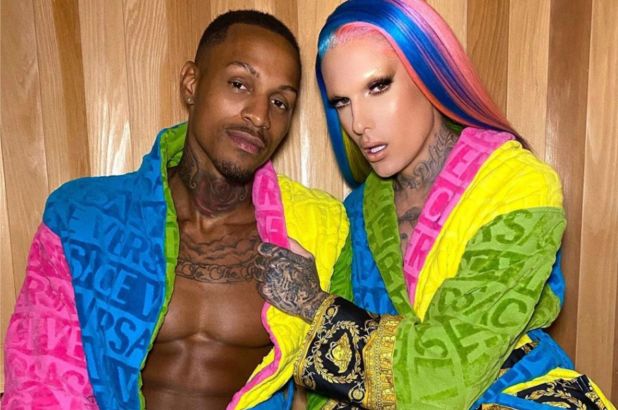 Well, they say there’s someone for everyone but who would’ve thought these rappers had Jeffree Star out here popping on a handstand? I suppose Lord Voldemort has to have a life to.

After being falsely linked to Kanye West earlier this year, makeup mogul Jeffree Star is revealing some secrets about his sex life that nobody was wondering about during a new episode of the BFFs Podcast. Hinting previously that he always gets DMs from rappers and athletes, Star claimed that he’s bedded a few of hip-hop’s biggest stars, as well as some professional ballers, on the podcast.

Making a controversial statement about his sex life with rappers and NBA players, the beauty blogger said, “A lot of NBA players and rappers [reach out] but I have a code where I’m never gonna out them. And a lot of them have threatened to murder me if I ever say their names. The sex is great, the names are invisible.”

For what it’s worth, Jeffree confirmed that he never hooked up with Kanye West, despite all of the rumors from a few months ago. However, he says he’s been with a few other rappers, which forces a few questions. Who are these so-called hookups that he’s been having? Given the fact that not many high-profile male rappers have come out as members of the LGBTQIA+ community, it seems as though some of our favorite artists have been hiding their true selves from the world.

He’s taking his secrets to the grave, but who do you think Jeffree Star is speaking about? Take a look at the clip below and let us know if you’re shocked or if you believe him.

New @BFFsPod premiering now on YouTube. @JeffreeStar says a lot of NBA players and rappers reach out to him secretly. https://t.co/TNH7wOIzyY pic.twitter.com/Cp70sMLQbz