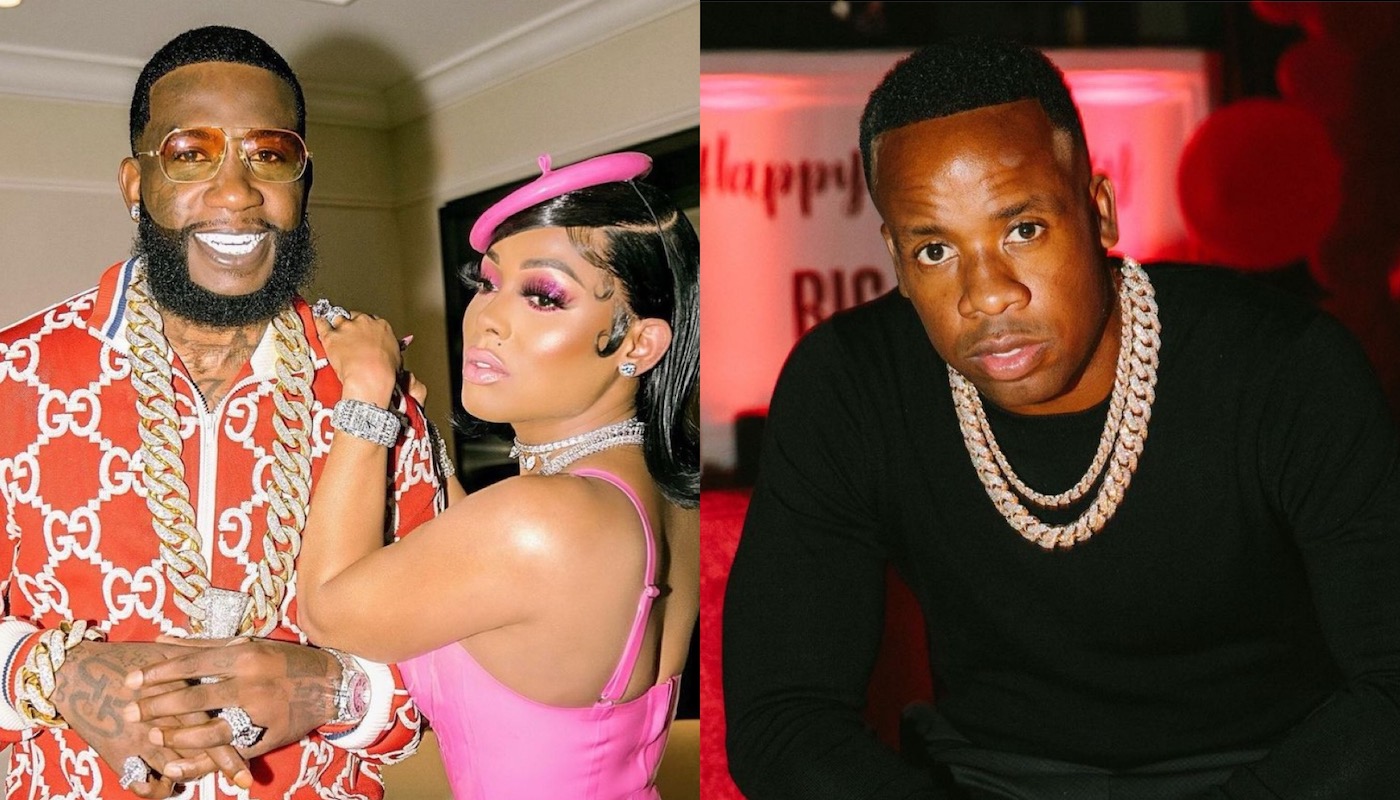 Akademiks claimed he wanted to “be really respectful” as he discussed the couple’s relationship…but proceeded to accuse this man’s wife of sleeping with another man.

Gucci Mane may not appreciate this one. DJ Akademiks has often weighed in on the relationships and careers of rappers, especially over on his Twitch channel where he’s not as censored by partnerships or deals. He recently kicked up dust after he addressed Gucci and wife Keyshia Ka’Oir’s relationship, claiming that while Gucci was in prison, Keyshia was “allegedly” sleeping with Yo Gotti.

It’s been reported that Keyshia was dating Gotti years ago until she and Gucci decided to make their relationship exclusive, which was the real reason the rappers had beef. Gucci and Keyshia have been living their best lives, enjoying their successes, and even recently welcomed their Icy baby boy into the world. Now, the internet is chiming in about an alleged encounter that was suggested to have occurred by Akademiks.

During his Livestream, Akademiks spoke about men not being able to “get over a woman’s past,” adding, “Gucci had to.”

Akademiks and others debated the topic of not considering a woman’s dating or sexual past before he brought the conversation back to the Hip Hop couple. “Hold on now, and I’mma be really respectful as I talk about this, because if we really talking about Gucci and his wife, a lot of y’all n*ggas be like, ‘Gucci’s wildin’.’ Y’all know allegedly Gucci’s wife, while he was locked up, slept with Yo Gotti, right? Allegedly. That’s why he cussed out Angela Yee… That’s why he was mad at her.”

“Gucci, at that time, was f*cking mad bitches, but the girl that he was gonna settle down with, that he always had an extra sh*t for, was Keyshia Ka’Oir,” said Akademiks. “However, he wasn’t with her his whole time. He was also kind of running around a little bit. When she decided to do her a little bit, allegedly, she might have been with Yo Gotti. Like, most of y’all, y’all demonize any girl that was ever with another rapper that y’all could recognize. Gucci married his girl, he realized she was a good girl who held it down and who also helped him out with a lot of sh*t.”

“I don’t know if y’all would do that,” he told his crew. Check out the clip below and let us know what you think of this mess.