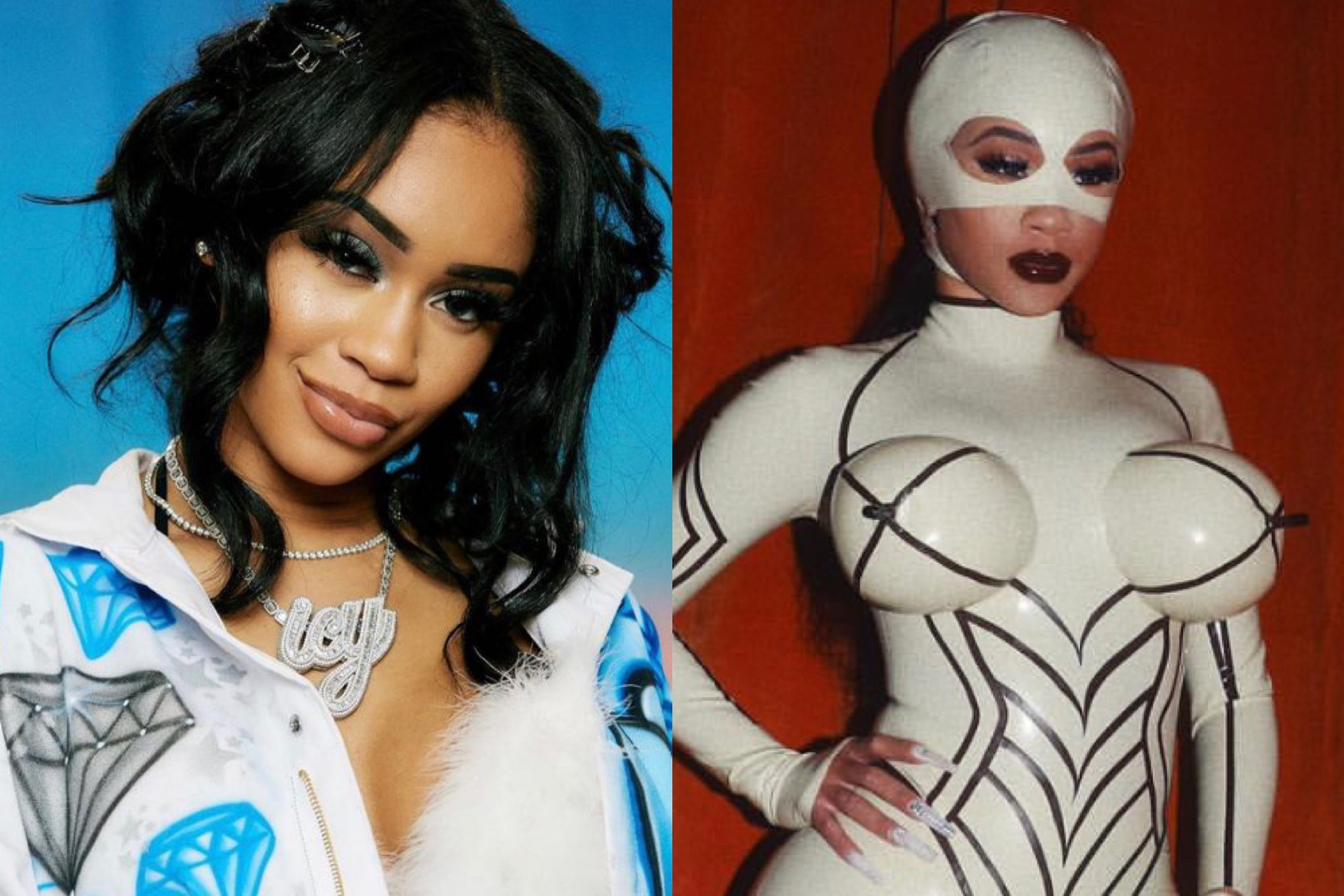 Saweetie is known for being a beautiful, intelligent fixture in the female rap community. Her brand is centered around the “bougie, pretty girl” aesthetic. So it’s not exactly surprising that some may raise their eyebrows and turn up their noses at Sweetie’s latest announcement. Although, she is by no means the first rapper to team up with the platform.

The Icy Girl posted about her partnership with the porn-viewing platform on Instagram Tuesday night, donning in a latex catsuit with outrageously showing off some titties that looked like they were ready to be used as weapons.

As far as Saweetie’s announcement goes, here’s how some people took it on Twitter. Meanwhile, Saweetie is debating her official ‘super-hero’ name on twitter– “dick wrangler” appears to be taking the lead in the comments.

Do you see anything wrong with this partnership? Peep some of the reactions below: