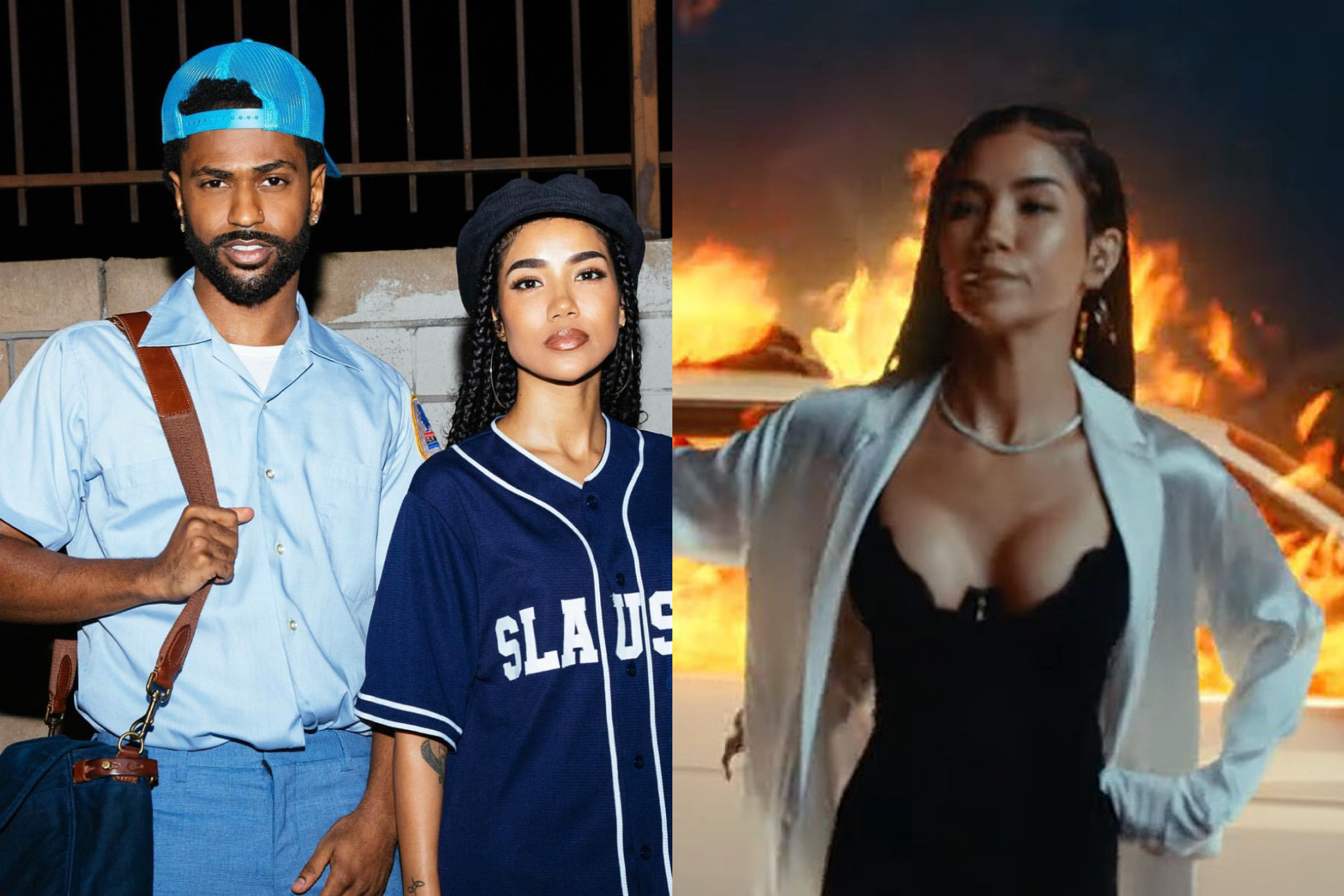 The music video premiered earlier today, and it’s a re-creation of some of the typical 90s romance movies. While that may sound corny as hell, Sean and Jhené star in the leading role (obviously) and their chemistry is undeniable, making this a great watch. They’ve clearly got a strong bond between them, which was built over years and years of break-up rumors and other kinds of gossip so now they’re putting that on display in the new video for “Body Language.”

The nostalgic clip recreates iconic scenes from ’90s romantic dramas including Poetic Justice, Waiting to Exhale, Love Jones, and The Best Man. In the first Poetic Justice-inspired scene, Sean plays a postal worker like Tupac, while Jhené takes on Janet Jackson’s role. A scorned Jhené later sets her man’s car on fire like Angela Bassett in Waiting to Exhale.

The couple shows off their chemistry during a steamy makeout session before Jhené confesses to her sister about the sex, like Nia Long’s character Nina in Love Jones. “It was like his dick just—talked to me,” she says. The cinematic moments continue as Ty and Sean’s friends appear at a bachelor party straight out of The Best Man.

Quotable Lyrics
I might walk in while you showerin’
Hit you in your shower cap, you gripping on the towel rack
I’m bussin’ while you buss back
In the bathtub pouring champagne on that ass like I’m Dame Dash
Goddamn, yo’ last n***a blew it with his lame ass