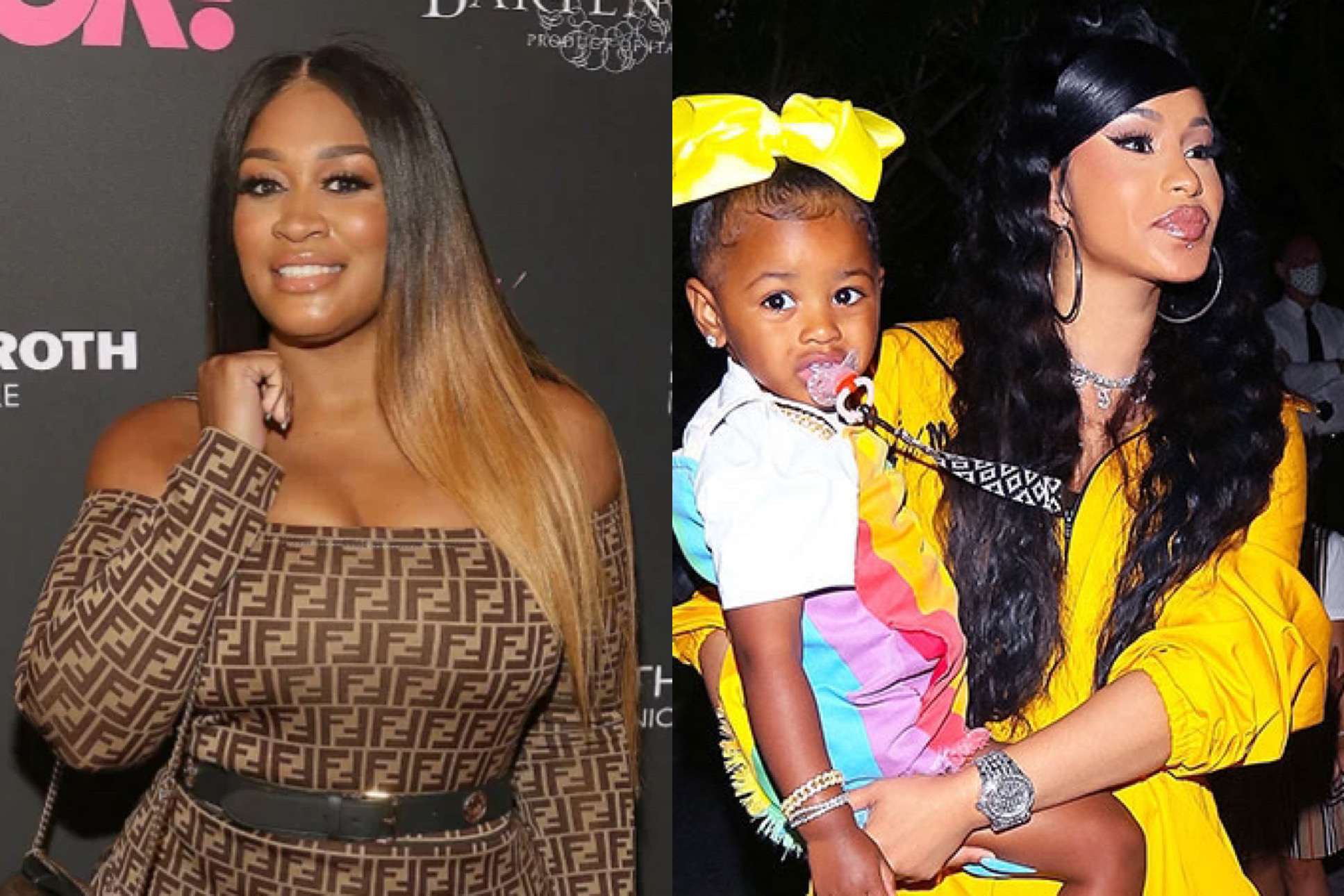 At this point, I am pretty sure Rah Ali is simply lusting after Cardi B’s “WAP,” because well, in the words of Bardi… “WHAT WAS THE REASON?”

For those unfamiliar, at some point last year, former ‘Love & Hip Hop’ cast member Rah Ali decided she wanted to suddenly pretend to be blogger. Often times shes uses that as a platform to sit around and gaslight feuds passive aggressively by picking with people she doesn’t like and masking it as “just the blog posting.” It’s been over three years since Rah was employed as Nicki Minaj’s guard dog where she inserted herself into the infamous New York Fashion week altercation between Nicki and Cardi, but she seemingly just can’t let things go as she insists on posting Bardi on what seems like a daily basis with some sort of negative version of whatever’s actually going on.

Now, don’t get me wrong, I am a personality based blogger myself, and often times folks make the mistake of taking personal opinions as “hate,” however Rah doesn’t operate a page that is based on a sole personality offering commentary. Her rather large back masks herself as a news outlet but often takes things too far by entering her unsolicited preferences into her “business.” Case in point, allowing a teenage girl to call into her radio show to display a “diss track” which not only took shots at Cardi B, but also at her innocent two-year-old Kulture.

While we won’t print exactly what was said about Kulture because we choose to have class and understand that children are off-limits, after sitting back and laughing at the poorly formed “diss record,” Rah took things a step further from simply just allowing the activity by going ahead posting it to their official page as well. This then prompted a more than understandable response from Cardi’s sister Hennessy Carolina who quickly checked Rah in the comments “You really posted about someone disrespecting my two year old niece?” wrote Hennessy, before demanding Rah drop her address immediately.

Cardi later sounded off on the matter herself calling out Rah for picking fights once again, but playing victim later referring to the incident where she trolled Ari Fletcher for months and then pretended to be shocked and appauled with Fletcher threatened to whoop her then pregnant ass. Despite since deleting the post and considering this was exactly what Rah wanted anyway, it didn’t take her long to respond. Take a look at the full receipts below. What do you guys think? How low down do you have to be as a woman to support someone dissing a child? (Especially when you just had one yourself) Trash will be trash, I suppose. What’s sad is that Nicki Minaj nor Cardi B have sad a word about one another in quite some time but people like Rah and Minaj’s toxic fanbase have nothing better to do than to keep bs like this going for attention. 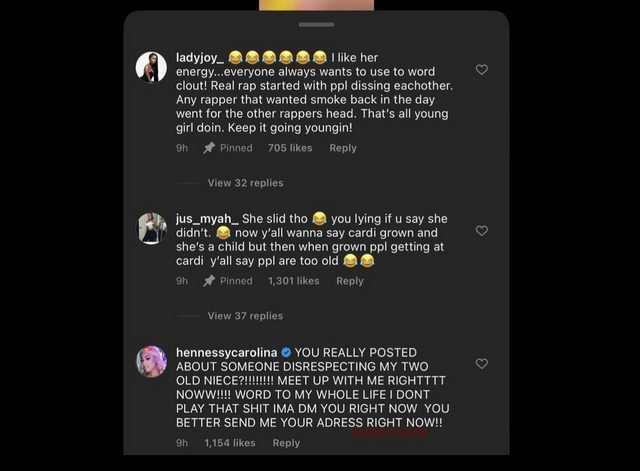 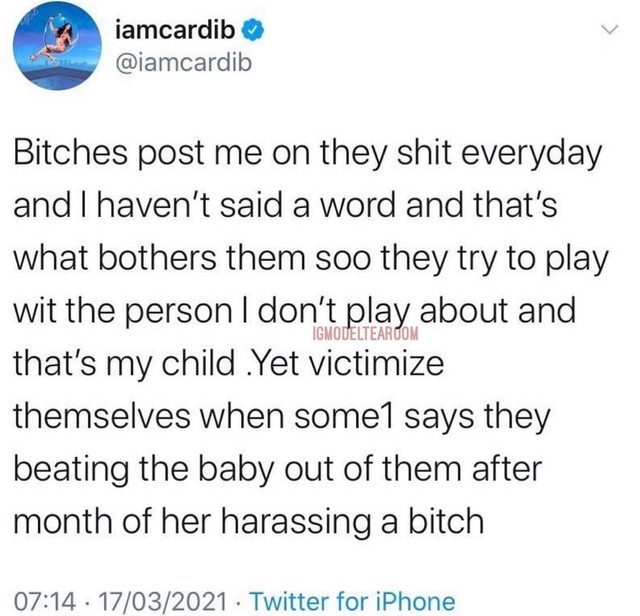 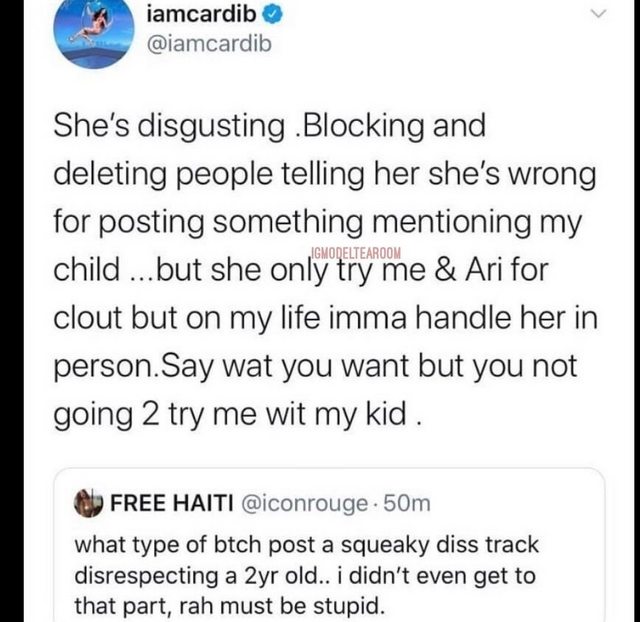 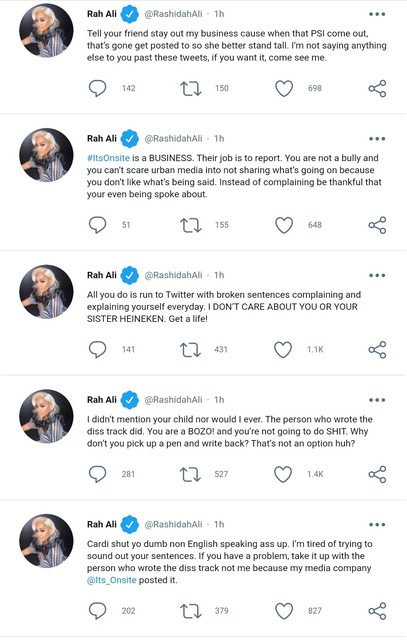 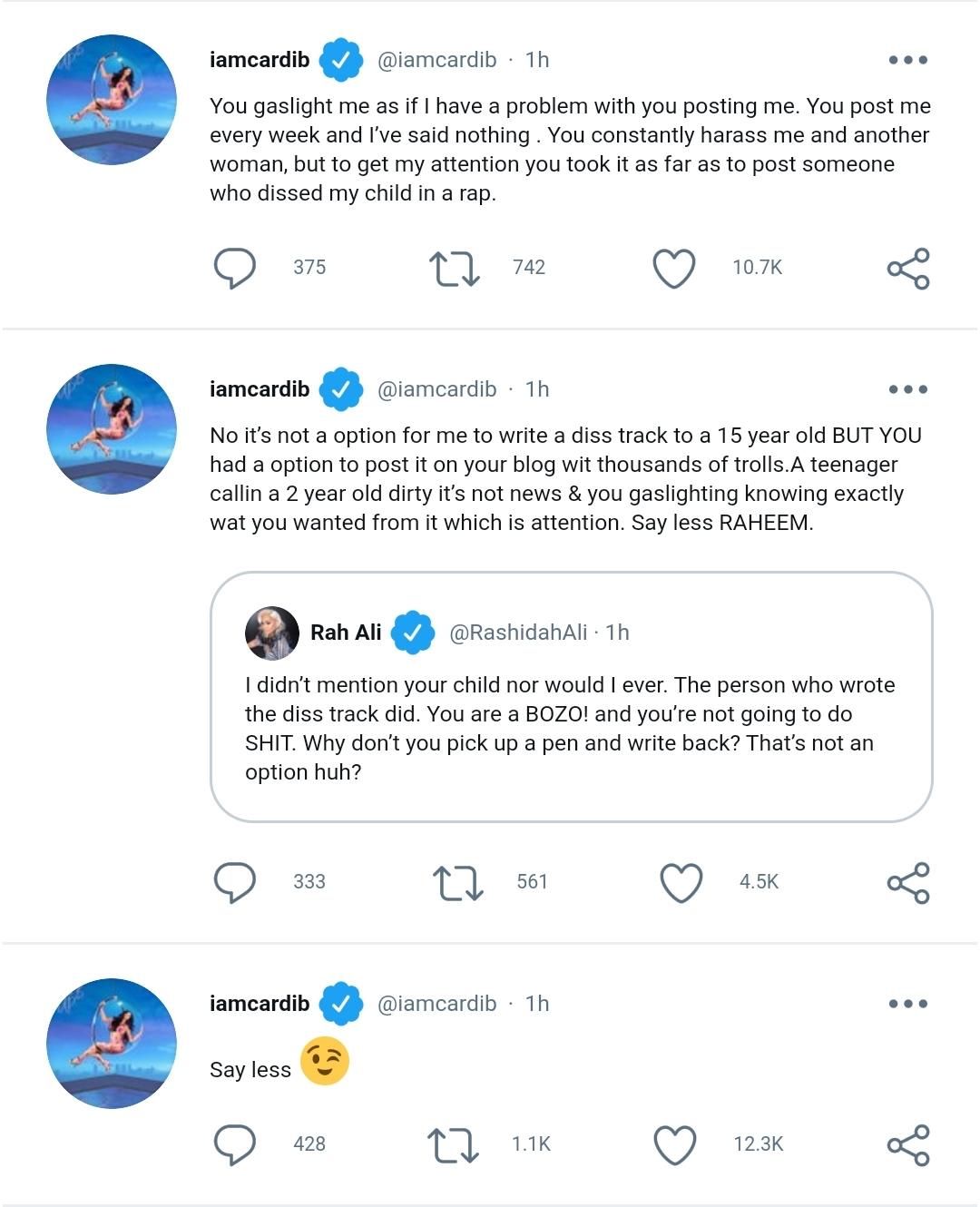