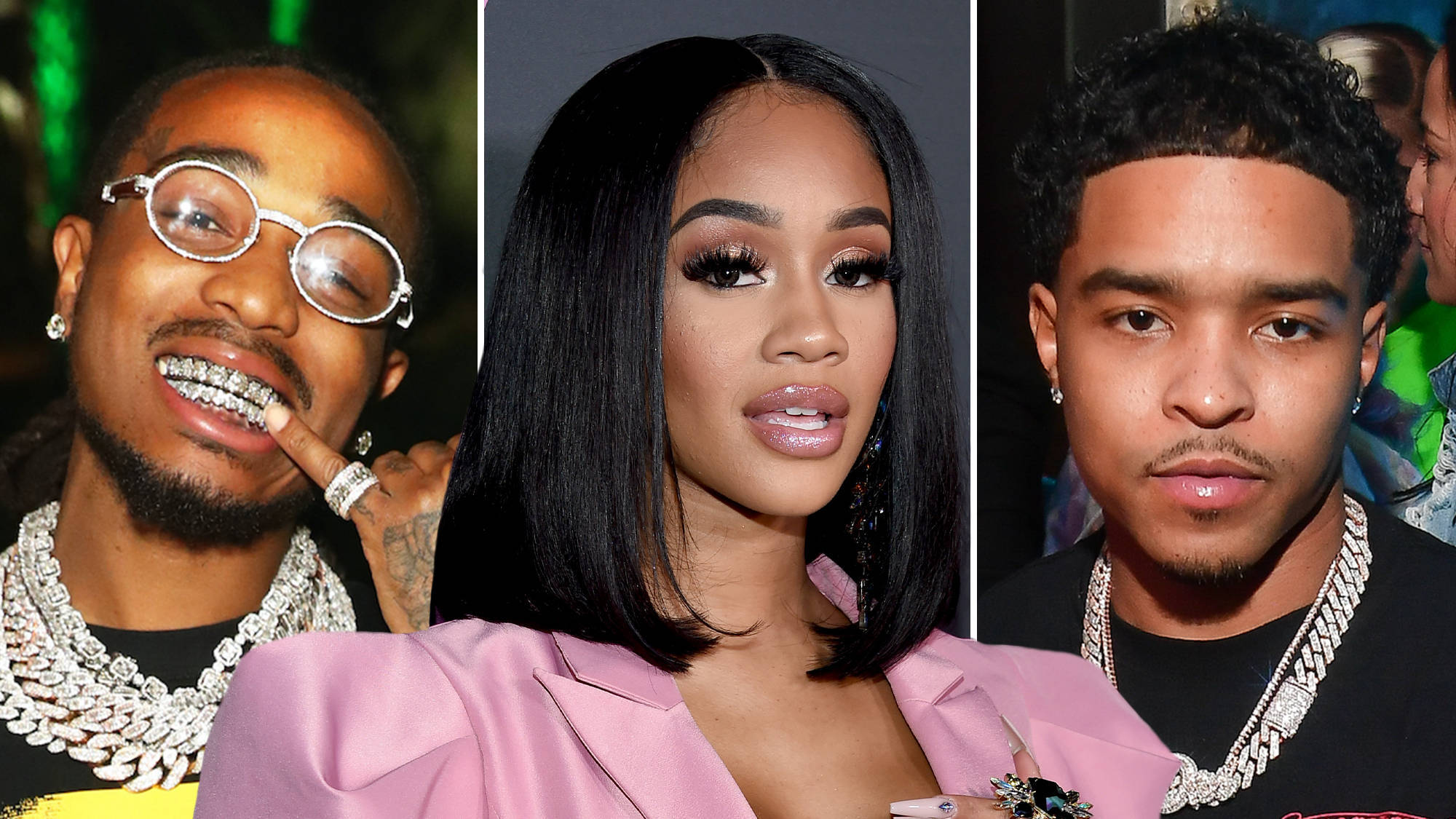 Could one of the world’s favorite hip-hop couples be breaking up…let the internet tell it, there’s some smoke.

If I’m ever the first to report people unfollowing one another, go ahead and slap me because I’m still not sure how one finds out that information or why. Nonetheless, the internet is going to internet. Allegedly we may be witnessing signs of dissension from one of hip-hop’s favorite couples. Quavo and Saweetie have been deemed “relationship goals” by some hip-hop fans but they may be having some trouble staying afloat because, as many blogs noticed, they’ve both hit that “unfollow” button on each other which has raised a few eyebrows.

On Wednesday night, it was reported that Saweetie unfollowed her boyfriend Quavo on Instagram. While, at the time, the glacier boy was still following his icy princess, that changed overnight when Quavo also hit the “unfollow” switch. This doesn’t automatically signal that the couple is headed towards a break-up, but it could definitely hint at something in that realm. Of course, they could also just be in the middle of a petty couple fight, taking temporary measures to not look out for one another before getting back to their lovefest.

Still, with these reports and the internet instigating, fans are already predicting the worst and wondering about what possibly could have gone wrong to cause a rift between Quavo and Saweetie, two people who seemed to be madly in love.

Now, one interesting tidbit that we’ve noticed is that prior to this Saweetie recently appeared on Respectfully Justin, the new show hosted by Justin Combs and Justin LaBoy. For those unaware, Saweetie and Combs used to be a thing a few years back, she even released a song rumored to be a diss record about him
“B.A.N (B*tch Ass N***a),” on her first project. So things were noticeably awkward at points during the recent interview as the two discussed Saweetie dealing with cheating men, liars, threesomes, and more.

While it’s unlikely this one little interview could cause a breakup between the couple, it has to be awkward to see your girl on television being interviewed by her ex and lowkey taking jabs at him. I could definitely see that sparking an argument. Take a look at the interview below. Do you think we’ll be hearing about the end of their relationship soon? Or are you hoping that this is just a false alarm and everything is alright with these two lovebirds?