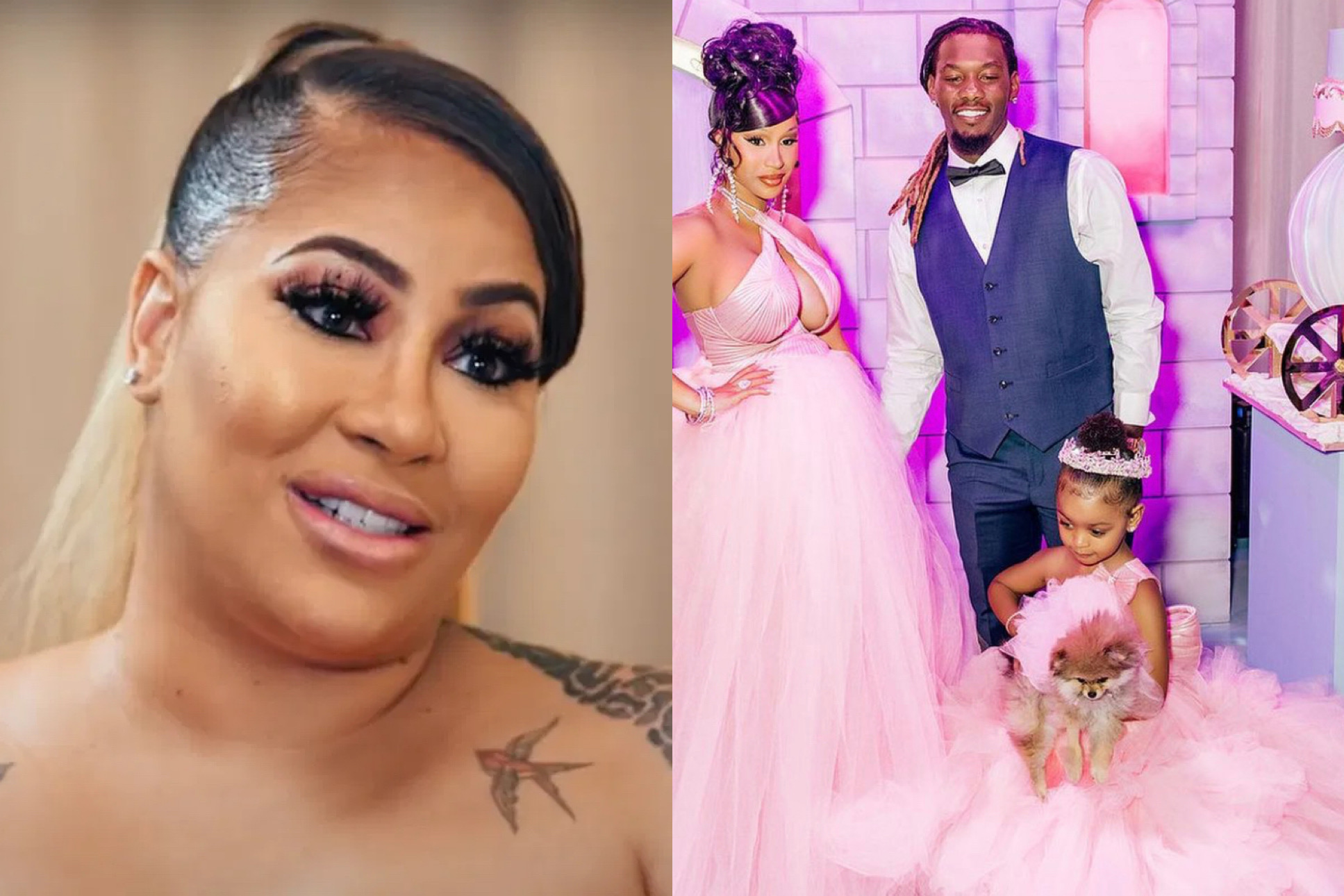 Hazel E isn’t even a fan of herself which is why she damn near passed away on a table overseas trying to become someone else, yet she has the nerve to allude to anyone else being a “fan.”

Everyone give it up for Hazel E, apparently she’s the first mom to think of giving a little girl a princess themed party.. how innovative. Princess parties have become a debate on social media after Hazel-E clearly needed a bit of attention and decided to stoop as low as shading Cardi B over a 3-year-old’s birthday party. Last weekend, Cardi and Offset once again went all out for their daughter Kulture’s 3rd birthday by hosting a lavish princess party for the tot and while it was a one-of-a-kind event, Hazel-E sent a few subliminal shots.

The former ‘Love and Hip Hop’ star took to her Instagram Story yesterday (July 13) and targeted Cardi, suggesting that the Grammy winner is a “fan.” She shared images of her daughter’s princess-themed party and added, “It’s the originality for me.” Hazel-E also stated, “It was only 3 weeks ago damn!” After people accused her of unnecessarily going after Cardi, she replied, “I didn’t even say no names must be the same [smiling with sunglasses emoji].” “I was the first rapper to do it. In my @souljaboy voice,” the pressed reailty star added before mentioning “and all my princesses were black,” in an obvious attempt to get folks over her side despite her well documented past as a colorist.

Cardi has not responded to Hazel’s obvious cry for attention by using her daughter for clout, and won’t. Not only has Bardi been planning Kulture’s birthday for over 2 months, but someone should probably let Hazel know that that princess parties for little girls are quite common for just about anyone in the world. Hell, back in the day I used to work for a company that literally did them for little girls on a weekly basis. But you know what, Hazel probably doesn’t even need that reminder. She knows this whole thing was just as stupid as she looks. They truly do anything for clout. Peep the receipts below. Thoughts?