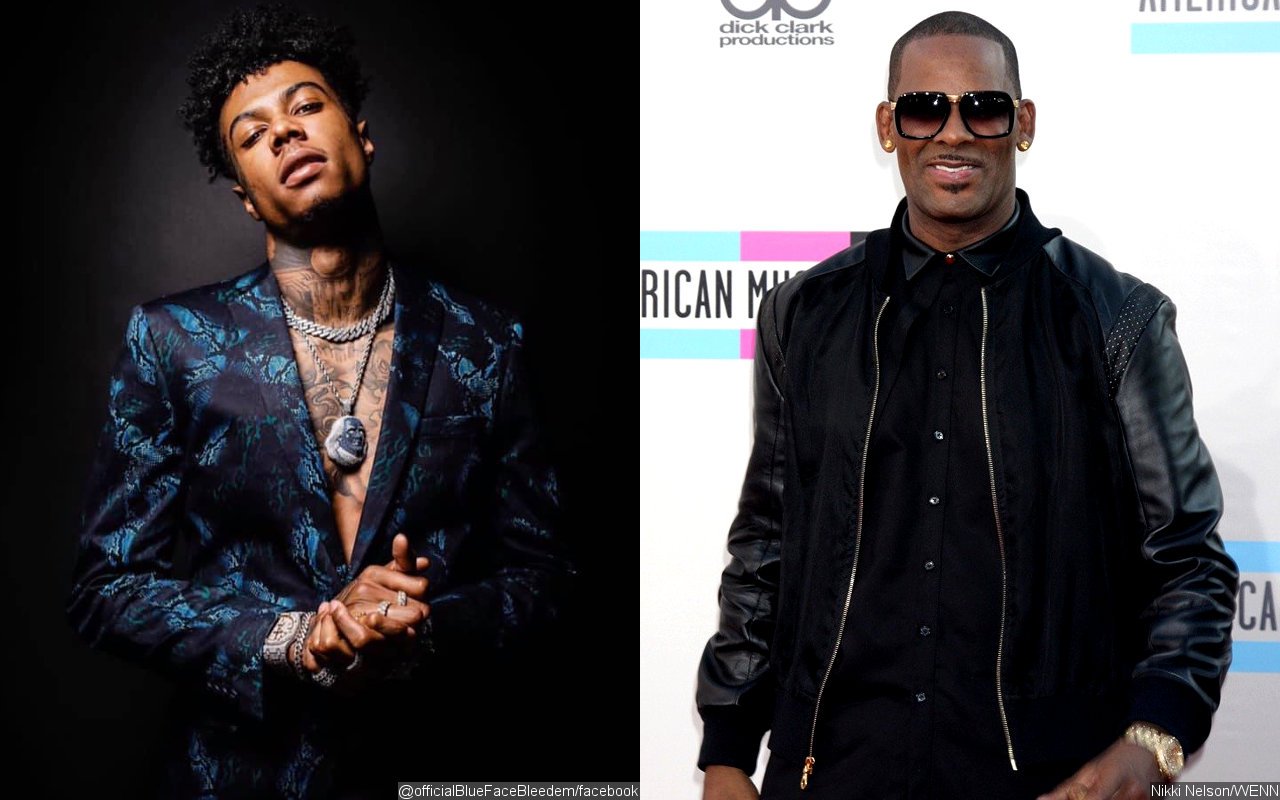 It looks like Blueface has himself a bit of a “Thotiana” cult somewhere. The rapper is trending after a video of him having women sleep in bunk beds and get tattoos surfaced online and even has folks comparing him to Robert “Pissy” Kelly.

A viral clip of Blueface, which features the rapper walking around a house of bunk beds while women are receiving tattoos, has fans online trying to determine the context of the strange video. “You ready to get your tattoo today?,” Blueface asks one of the women.

“The last thing you wanna be is trending w/ R Kelly,” one Twitter user wrote.

Another said, “Now when Blueface is the next R. Kelly I don’t wanna hear nobody saying they didn’t know he was a predator cause the n***a is showing off for y’all.”

Last year, Blueface spoke about his reality show, Blue Girls Club, which released through OnlyFans: “I don’t have relations with any of these women. The purpose of the show is to develop these women by exercising there temper attitude patience and composure,” he explained, per The Shade Room. “An I’m letting then use my platform as a second chance to chase there dreams without selling themselves to get by. We are all 1 family. They all have a past I just wanna change their future.”

Check out the video of Blueface and fans’ reactions on social media below. Y’all going over Blueface house?

A clip of Blueface that seemingly shows women sleeping in bunk beds and getting tattoos is going viral. 👀 pic.twitter.com/Kavhq5FZNu

Now when blueface is the next R. Kelly I don’t wanna hear nobody saying they didn’t know he was a predator cause the nigga is showing off for y’all atp

All jokes aside this whole Blueface situation is wild though frfr, I’m getting R. Kelly vibes from that video

the last thing you wanna be is trending w/ R Kelly pic.twitter.com/yd2cKoMTja

Blueface got these girls living like they’re in a group home.

“Get tatted or Go home”.. that “Surviving Blueface” Doc gon be crazy https://t.co/ZLWfA10O5y

I know Blueface house stank. Don't even look like they got A/C in there. He might need to be investigated

I have placed all the apologists in the "hidden replies" section 😌

I said what I said… The fact it's an onlyfans show" does not mean it's not an abusive environment LOL that man is running the weirdest cult in his home.