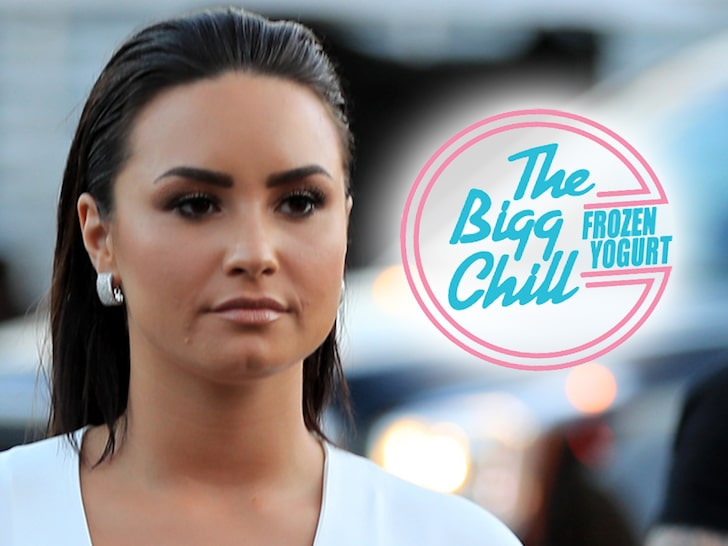 Somehow Demi Lovato felt it was personally offensive that this small business offered vegan and sugar free options…rather than just what she wanted. Demi called out a frozen yogurt shop in L.A. for what she branded “harmful messaging” and started the hashtag, “#dietculturevultures.”

Demi Lovato has started a hashtag to call out “diet culture vultures” in response to the Los Angeles frozen yogurt shop The Big Chill selling sugar-free cookies and “other diet foods” at the check-out counter. “Finding it extremely hard to order froyo from [The Bigg Chill] when you have to walk past tons of sugar-free cookies/other diet foods before you get to the counter,” the singer posted on her Instagram story. “Do better please.”

She added that she’s using the hashtag “#dietculturevultures” to call out “harmful messaging from brands or companies that as she puts it, “perpetuate a society that not only enables but praises disordered eating.”

Demi Lovato brainstorming how she can victimize herself with a frozen yogurt company pic.twitter.com/BXDdlRksfG

Demi Lovato would like to speak to your manager @TheBiggChill How dare y’all sell healthy and delicious frozen yogurt for everyone. pic.twitter.com/DL6XuWxwQa

Demi Lovato is using her celebrity to attack a frozen yogurt store and I'm not sure why. https://t.co/ItJPlIyhQb

Many internet users quickly questioned the logic behind Lovato’s call out and understandably so. I’m not sure what level of narcissism and selfish this is, but it’s actually insane that apparently Lovato has forgotton that other human beings do exist and have problems and/or preferences outside of her own Some people need sugarless sweet options in order stay healthy such as diabetics, some people just prefer these to maintain a healthy lifestyle, but ultimately seeing Demi use her platform to attack a small business for basically no reason is disgusting. Just order what you want and mind your business, girl. Take a look at the receipts and some of the reactions below. What do you guys think of this mess?

Demi Lovato pushing her diabetic and vegan fans out of the way while on her way to yogurt shops
pic.twitter.com/u18svrm6MJ

It seems to me Demi Lovato walking into The Big Chill frozen yogurt shop & getting "triggered" by a display of food items, than chastising them online for displaying food items, is like an alcoholic walking into a liquor store & asking the store to hide all the liquor. 🍨🍦🍪🥧 pic.twitter.com/1eInzqOeuL

Demi Lovato being mad at this yogurt shop for carrying sugar free products is like some people being mad at restaurants for opening and selling food at daytime during Ramadan pic.twitter.com/uyPPAxNDAp

Demi Lovato is such a self-centred, woke & insufferable person. She was all “that could’ve been me!!!” when the late DMX passed. Now she’s making a huge fuss about a yogurt store catering to people with dietary restrictions just because it can be triggering for her?