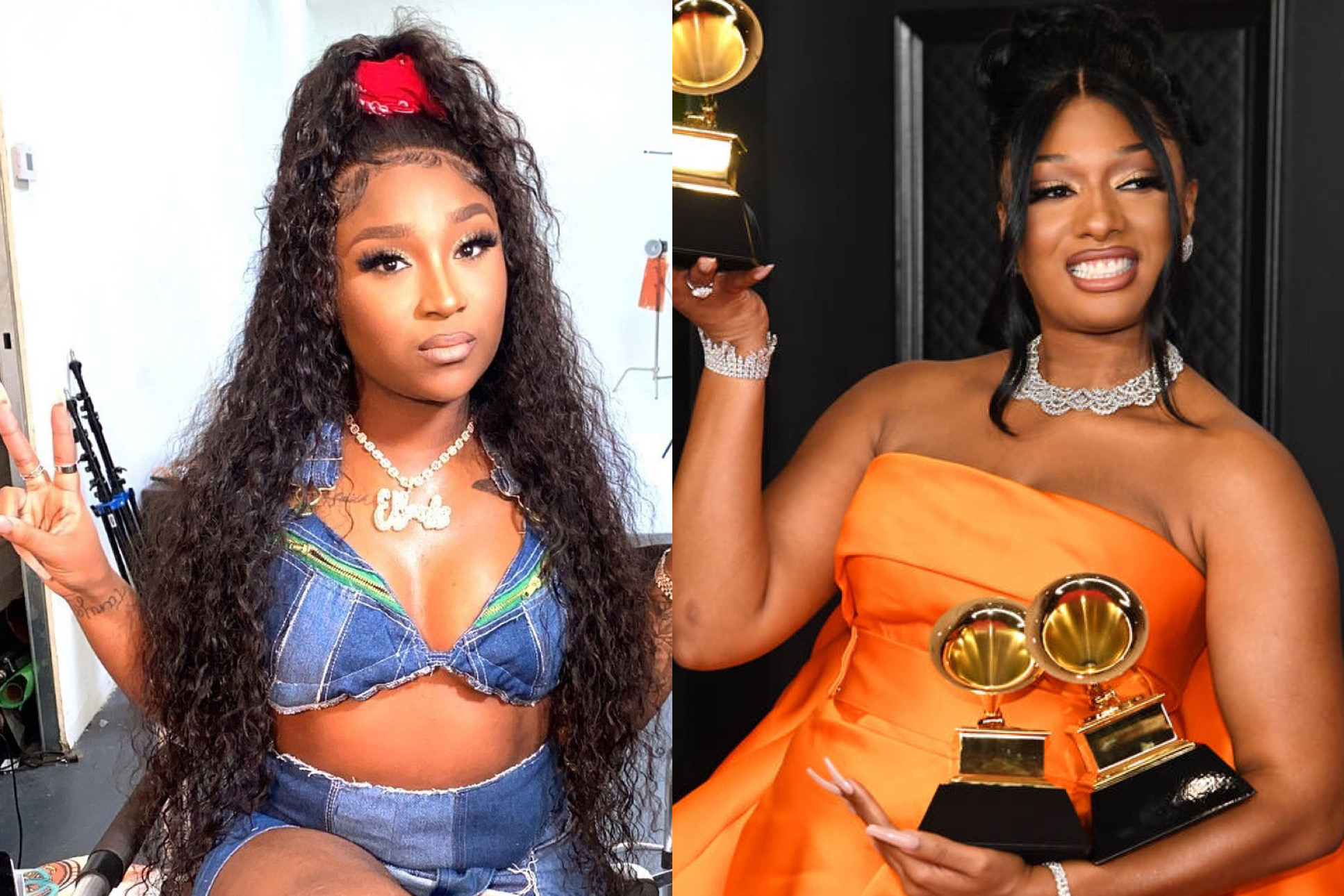 Can’t the girls just get along? Erica Banks had to shut down rumors that she was seeking smoke with Thee Stallion.

A recent interview with Erica Banks caused a bit of a stir. Banks has been making a name for herself following her viral TikTok “Bussit” challenge and collaborations with artists like Yella Beezy and Jacquees, however it seems despite Banks moving forward with trying to carve her own path many insist on bringing up Megan Thee Stallion, Banks’s fellow 1501 Certified Entertainment labelmate. While granted, both rappers are from Texas so they have a similar style/accent when they rap and they are associated to the same label, it’s interesting to see how folks seem to refuse to let Banks get any of her own shine without consistently putting her against Megan. Case in point, in a recent interview Banks was questioned about her alleged drama with Megan and if she was interested in reaching out to the “Hot Girl” rapper, which she politely shut down and the internet ran with.

“Last year there was some drama with Megan Thee Stallion. I wanted to ask you if you’ve reached out or if she has reached out to you at all in the last year to squash things?” No, replied Erica.. a follow-up question followed, “Are you open to that?” No, she replied again.

Always quick to put the girls against one another, the answers went viral and circulated online, some much so that Banks herself slid in one one blogs comments to respond to the controversy. “I knew this was bait during the interview, hence me saying ‘No’ to both questions,” said Banks.

“There is no beef, and me speaking about anything in regards to those questions was ‘No’ to refrain from my words being misconstrued like interviewers do. They can’t misconstrue a one word response. Be blessed y’all.” She set the record straight. Back in January, Banks spoke with The Shade Room and said that she would collaborate with Megan Thee Stallion because, in the end, “it’s all about business, it’s nothing personal.”

Erica Banks says she and Megan thee Stallion haven’t reached out to each other, and she’s not open to it. 🏦https://t.co/CIEkZdnMww pic.twitter.com/JvhnfeR961

Megan Thee Stallion is Houston. Erica Banks is Dallas. Houston and Dallas have a rivalry. About what, IDK. So, a lot of people wanted them to have beef. As a Texan, I say there’s room for both to win. There’s no need to create false beef.

idc erica banks good over here. the slow hotties the ones that claim erica and megan had beef just off erica signing to 1501 pic.twitter.com/MvG7fDhamH