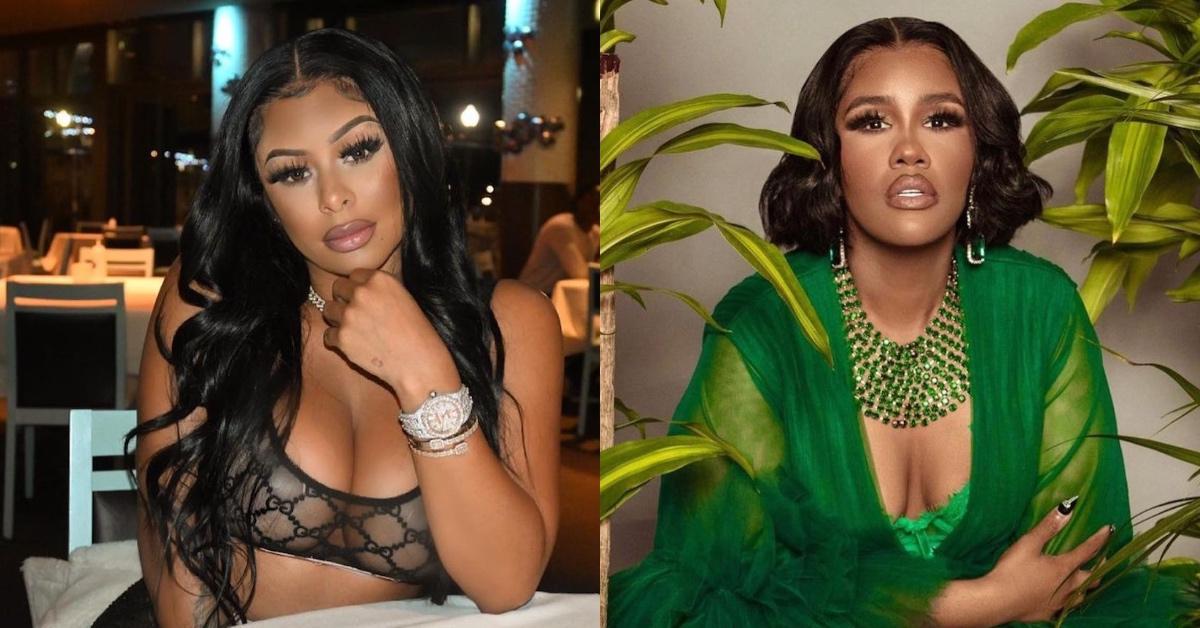 This got out of hand way too fast. Akbar also accused Alexis of being on drugs while she was pregnant, but the father of the little girl responded that is completely false.

It was a busy Monday (May 31) evening for Akbar V. The rapper and Love & Hip Hop star is often noticed for her outrageous comments regarding her fellow artists and pop culture, but an event that unfolded outside of a nightclub in Philadelphia rolled over into an online drama. Videos surfaced showing Akbar V getting into a verbal—and nearly physical—altercation with Alexis Skyy and Lira Galore. The latter two ladies were out and about hosting an event, and it seemed that Akbar found out about it, showed up at the club, and then became offended when Lira allegedly remarked that Akbar was looking at her funny.

The offline antics spilled into an online spat, and in retaliation, Alexis allegedly told Akbar to take care of her children. In response, Akbar jumped on Instagram Live and said, “B*tch, you got a braindead baby,” she yelled, mentioning Skyy’s young daughter who was born with Hydrocephalus and went through numerous surgeries to save her life. “Your baby ain’t got brain. B*tch, you got a r*tarded child.”

Akbar continued to go off about Alexis’s daughter and accused the model of doing drugs while pregnant. “You got a f*ckin’ r*tarded kid, a special need kid, and you out here talkin’ ’bout somebody children.” Alexis responded angrily, and tearfully, in a video of her own where she is seen screaming about the situation.

Later, a friend of Alexis wrote a lengthy post which she reposted where he denied that she ever did drugs during her pregnancy. He stated that he was with her the entire time and there were no drugs noted by doctors or physicians during the child’s birth or her hospital visits. Akbar has rightfully received backlash for her remarks which she’s refused to apologize for. I just think that kids should be off limits, regardless of how you feel or what your situation may be with their parents.. that innocent child hasn’t done anything.

Check it all out below, including a few reactions from the public. Do you think Akbar was out of line or is all fair in love and beef?

I know that hurts for Alexis. Somebody you once called a friend , had around your child . Then on mad day talk about your child. Her and akbar always falling out but Ain't no making up after that one

Can’t even believe I’m commenting on this but hell, at least Alexis knows her baby has an ailment because she’s with her. Meanwhile, God forbid Akbar’s kids woke up with hooks for hands, her ass wouldn’t know… pic.twitter.com/mmDzar3JyU