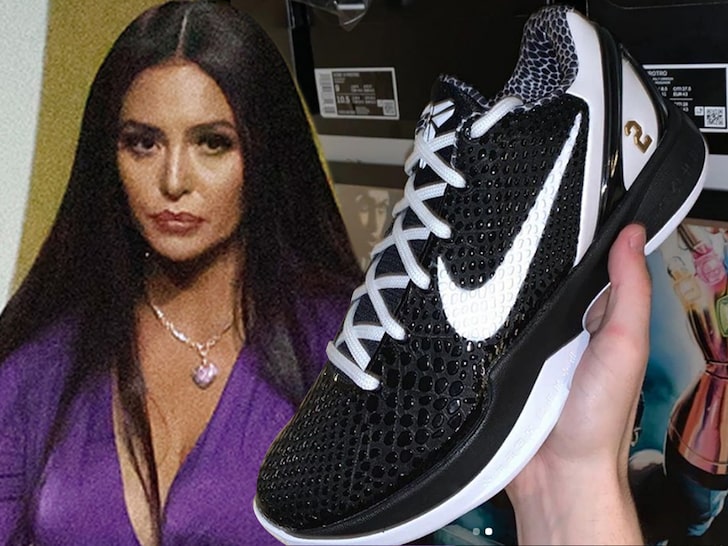 I can’t imagine the pain that Vanessa Bryant has gone through losing both her child and husband, so the added disrespect that she’s received from several places throughout her grieving is actually quite disgusting.

Over a year has passed since the tragic helicopter crash in Calabassas that resulted in the deaths of Kobe Bryant, Gianna “Gigi” Bryant, and so many others, but it still feels unreal. With the late Los Angeles Laker star’s recent inauguration into the Naismith Memorial Basketball Hall of Fame, the pain from losing Kobe bubbled right back to the surface for several basketball fans.

One thing that has helped basketball players and fans alike mourn Black Mamba is the steady stream of Nike Kobe Protros, which have brought back some of sneakerheads’ favorite Kobe colorways of all time. Eventually, news broke that Vanessa Bryant decided not to renew Kobe’s contract with Nike, yet more Kobe Protro colorways continue to pop up.

This week, Vanessa Bryant and Nike’s relationship seems to have come to a head because the mother and philanthropist has slammed the sneaker giant after seeing an in-hand picture of what the sneaker community thought to be known as the Nike Kobe 6 Protro “Mama Forever.” According to Bryant, the sneaker is actually called the Nike Kobe 6 Protro “MAMBACITA,” but it was unfortunately not approved for sale or production, leading her to question how someone not affiliated with the Bryant family has a pair in their possession.

In an extremely transparent post, Vanessa Bryant writes, “This is a shoe I worked on in honor of my daughter Gianna. It was going to be called the MAMBACITA shoe as an exclusive black and white colorway on her daddy’s shoes. I picked the colors in honor of her uniform, the number 2 she wore just like her uniform, the inside pattern, Kobe and Gigi on the back in gold instead of Kobe’s signature, the inside shoe details (butterfly, wings, halo), etc.”

“The MAMBACITA shoes are NOT approved for sale,” Bryant continues. “I wanted it to be sold to honor my daughter with ALL of the proceeds benefitting our @mbamabacitasports foundation but I did not re-sign the Nike contract and decided not to sell these shoes. (The MAMBACITA shoes were not approved to be made in the first place).”

She concludes her statement by saying, “Nike has NOT sent any of these pairs to me and my girls. I do not know how someone else has their hands on shoes I designed in honor of my daughter, Gigi, and we don’t. I hope these shoes did not get sold. @nike.”

Vanessa Bryant’s Instagram statement comes as a major shocker, as she shares a lot of important information. For starters, her post reveals that she was heavily involved in the design process, which makes the “MAMBACITA” Protro even more special. Furthermore, her statement also confirms that the highly anticipated “Mamba Forever” Nike Kobe 6 Protros are not even authorized to release this year, as reports previously suggested.

Having clarified the background behind the sneakers in question within the post, Vanessa Bryant uses her caption to demands answers for how someone has gotten their hands on the shoes. “In the 2nd photo, it appears someone already has Gigi’s MAMBACITA shoe in their possession. If someone can share how they have these shoes in their possession, that would be great because my daughters and I don’t have any of Gigi’s MAMBACITA shoes.”

Stay tuned to see how Nike responds to this situation. Do you think Vanessa should take legal action for this showing up in people’s possession?