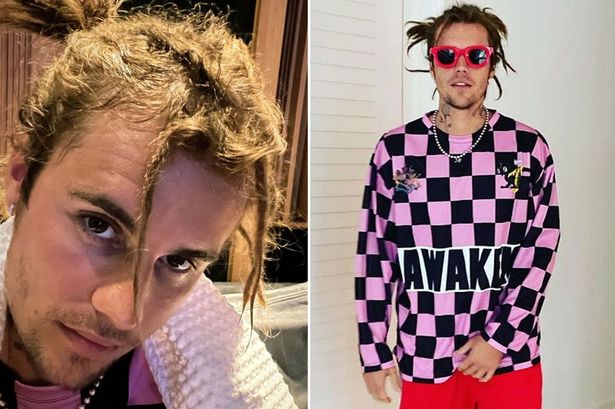 Justin Bieber just can’t seem to catch a break. Even after he poured his heart out on his latest studio album, explaining how perilous fame has been for him after having grown up in the public eye, the 27-year-old Canadian artist continues to face the wrath of the public after debuting a new hairstyle. Bieber showed off his new dreadlocks, which instantly went viral as people commented on his new look, calling out the singer for cultural appropriation.

Tying up his hair and rocking the start of some struggle dreads, Bieber got clowned by the majority of people commenting on his new look, with some saying he looks like a “rich homeless man.” Others drew comparisons to Lil Pump, with a number of folks stating that they believed this was a photo of the 20-year-old rapper before reading the caption and seeing Justin’s name. “Why did I think this was lil pump showing he got his face tats removed,” said one person.

As you surely know, this is not the first time Justin Bieber has come under fire or been accused of appropriation. Back in 2016, Bieber also sported dreadlocks and was rightly accused of cultural appropriation for doing so. Many consider white people wearing dreadlocks as a form of cultural appropriation, because historically people of colour have been dismissed and mocked for wearing them., so it is understandable why some may not be too fond of Bieber’s look. So far, Justin hasn’t said anything about how people are perceiving his new look. See below to see how everyone is reacting to his hair and let us know what you guys think? I think we can all agree that it’s not exactly stunning but do you agree with the appropriation claims?

Just saw Justin Bieber’s story…. my guy, are you fucking serious?? He learned absolutely nothing, when it comes to cultural appropriation huh?

The way his hair is gonna fall out even more. He better shave it all of when he’s done with it

Listen @justinbieber I don’t care how long I’ve liked you, this is cultural appropriation and I don’t like it. As a black woman, this is totally offensive and disrespectful. Cut your hair or fix it, the fact that it is 2021 and people are still appropriating black people is gross

justin bieber put martin luther king on his album then put dreads in his hair…. is it crack?!?!?-&*-!/#?? pic.twitter.com/JvM7eQKYpP

dear @justinbieber, "weather" you like it or not, you are white and your hair isn't made for dreads. please stop it. thank you. pic.twitter.com/shg6lAabiv

i just seen justin bieber with dreads i can't do this anymore fr pic.twitter.com/aoJC7dMH7S

Who ever did those crusty dusty ass dreads on Justin Bieber’s head… can go straight 2 hell. It’s okay to tell people no sometime. Then his wife jgotta sit there and act like she like the shit

jb needs to realize that we’re not mad bec the hair is ugly, we’re angry because it’s appropriation. he’s terrible for not knowing this already. you say you want to educate yourself so listen to what we’re telling you and cut it off and apologize. @justinbieber @scooterbraun