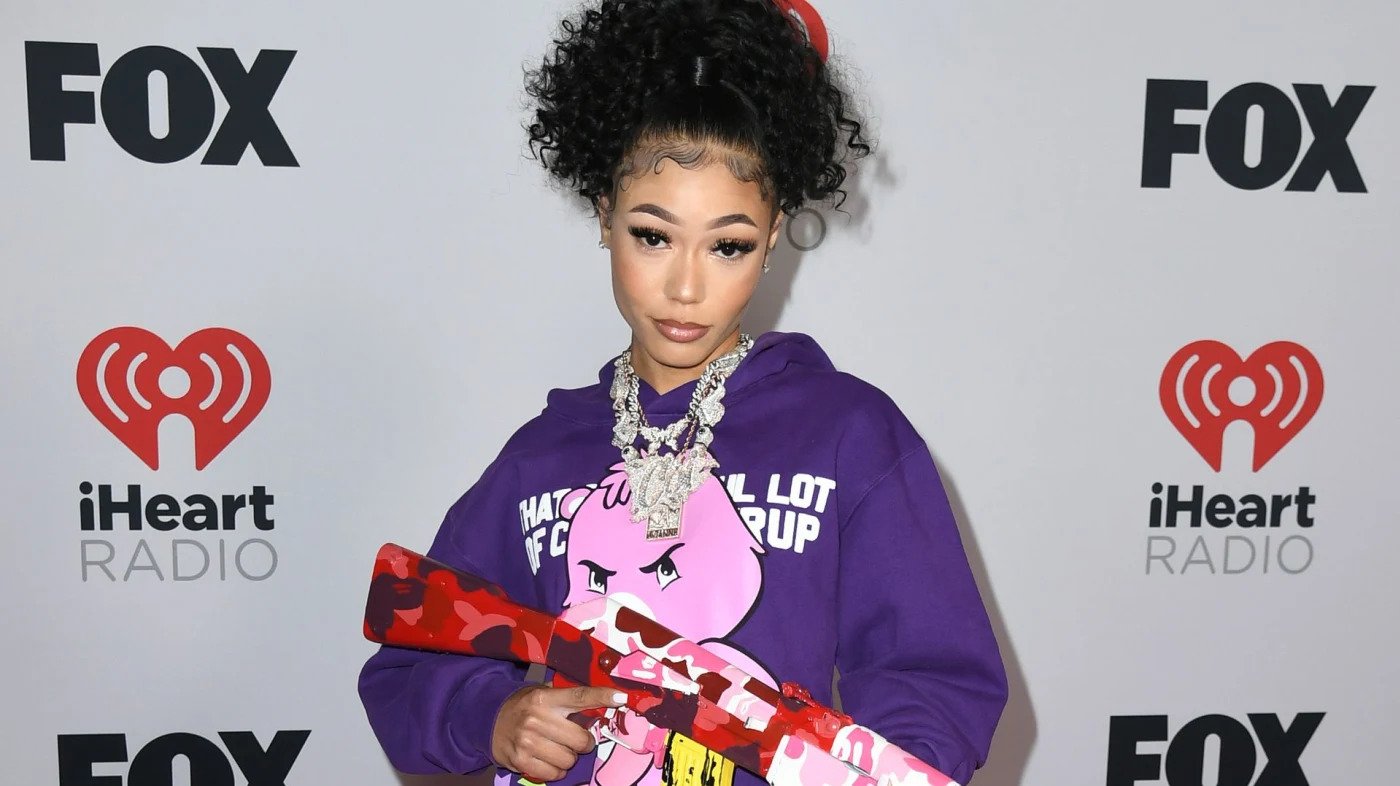 Now, I will admit it did seem like Coi Leray was all up and down our timelines for well…anything for a bit and perhaps that has changed, but is it due to public interest not being there or is there something a bit more sinister happening behind the scenes?

In recent months, it seemed as if Coi Leray was taking a much-needed break from the ongoing of social media. The “Blick Blick” rapper was once consistently in the blogs as she received attention for her breakout singles like “No Parties” and “Big Purr” and even a little drama sprinkled in with her father Benzino. Now, in a string of recent tweets, Leray suggested that there is someone trying to dull her shine.

Although Coi Leray didn’t add context to her tweets, internet sleuths have suggested that it may have something to do with her father, while others have suggested it may be due to a few comments made by her former collaborator Nicki Minaj.

When Minaj released the remix to “Super Freaky Girl” with Akbar V, Katie Got Bandz, JT, Maliibu Miitch, and Bia, the ‘Chun-Li’ rapper suggested a few of the newer ladies in the game who were upset about the line-up. Apparently, there were some women who believed they should have received a spot on the “Queen Mix,” and Minaj called them “entitled” for feeling as if they deserved a feature.

This caused her dedicated legion of minions the Barbz to unleash online once again, and they immediately attacked Coi Leray. Amid the social media chaos, Leray returned with an update.

“Don’t come over here looking for problems,” she said. “The world got plenty of them already so let’s promote positivity as much as we can.” She added: “What’s in the dark always comes to light! Stay prayed up! Stay focused !!… Paying blogs not to post me is sad… Hurt people hurt people.”

Coi’s former foe who she once beefed with over the sound “purr,” Rolling Ray had an interesting take on the situation, suggesting people just aren’t interested in Coi. “Baby you’re not Beyoncé, Lil Kim, Nicki Minaj nor cardi b! What is there to keep up wit when your debut album ain’t even sell more than 11,000 copies! & you had soo many features , but when the talent doesn’t add up with the sound this is what happens. Tighten up. Better days,” he tweeted.

Baby you're not Beyoncé, Lil Kim, Nicki Minaj nor cardi b! What is there to keep up wit when your debut album ain't even sell more than 11,000 copies! & you had soo many features , but when the talent doesn't add up with the sound this is what happens. Tighten up. Better days 🕣 https://t.co/sRzifYRiGR

Again, Leray did not specifically say who she was referring to, but it looks as if there is quite a bit going on behind the scenes.

Check it out below and let us know if you think there’s some truth to the claims. Who do you think could be behind it if so? I just wish the girls would start putting names on their shit.