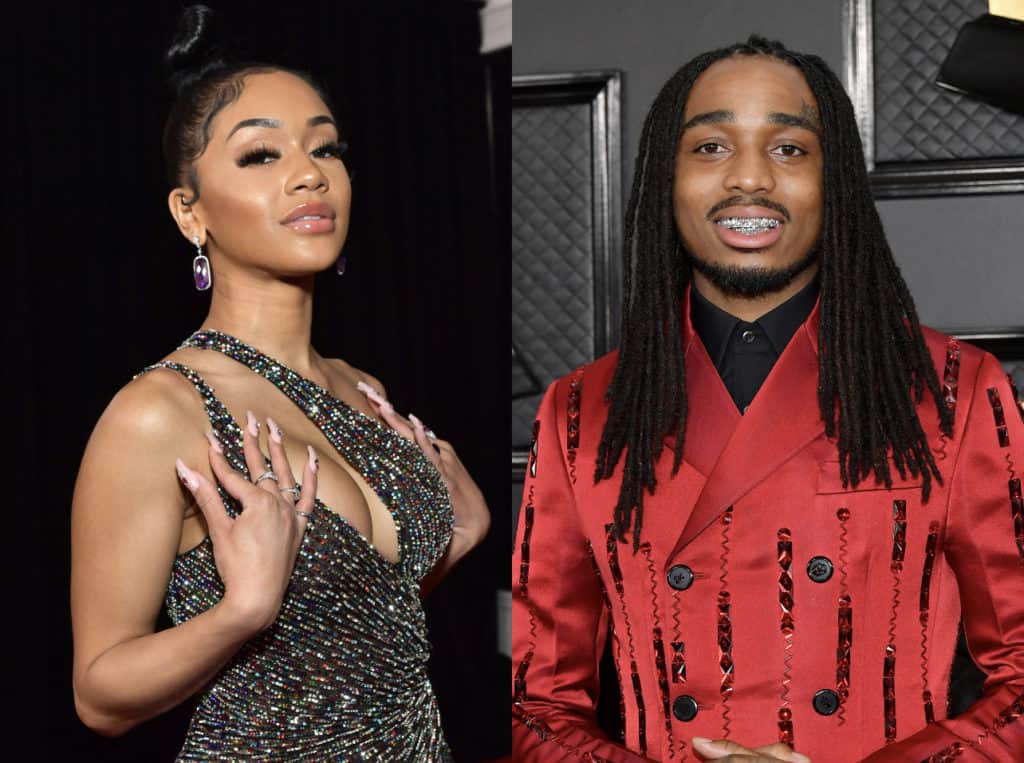 Watching the video I’m not sure what criminal charges they could’ve been placed, but none the less, police are going to police.

Weeks after Saweetie announced her breakup with Quavo, a video conveniently surfaced online showing a physical altercation that occurred in a North Hollywood apartment complex’s elevator involving both rappers. They seemingly struggled over a Call Of Duty-branded briefcase in the video before Saweetie dramatically fell to the floor as Quavo gained the upper hand in the scuffle. She remained on the ground for approximately one minute before exiting the elevator.

Shortly after the video started circulating on social media, it was reported that an investigation would be opened on both Quavo and Saweetie over the altercation, which could potentially result in criminal charges being handed out. An update was issued with regards to the investigation on Thursday morning, with both parties getting out of this one by their good graces.

According to multiple reports, Saweetie and Quavo are both in the clear over the video. The case was reportedly forwarded to the L.A. City Attorney’s Office, which declined to press charges. There was reportedly no likelihood of a conviction for either party, which led to this decision.

This is very positive news for fans of Saweetie and Quavo, who were worried about potential criminal repercussions from the video. While they remain on non-speaking terms following their messy split, Saweetie has been making it her business to continue to try and monopolize off of their breakup during her latest interview features. She spoke about the public’s reaction to her ending the relationship during her interview with W Magazine, which well.. you can read that elsewhere.

Are you surprised the law agreed to let this one go. Rewatch the surveillance video below.