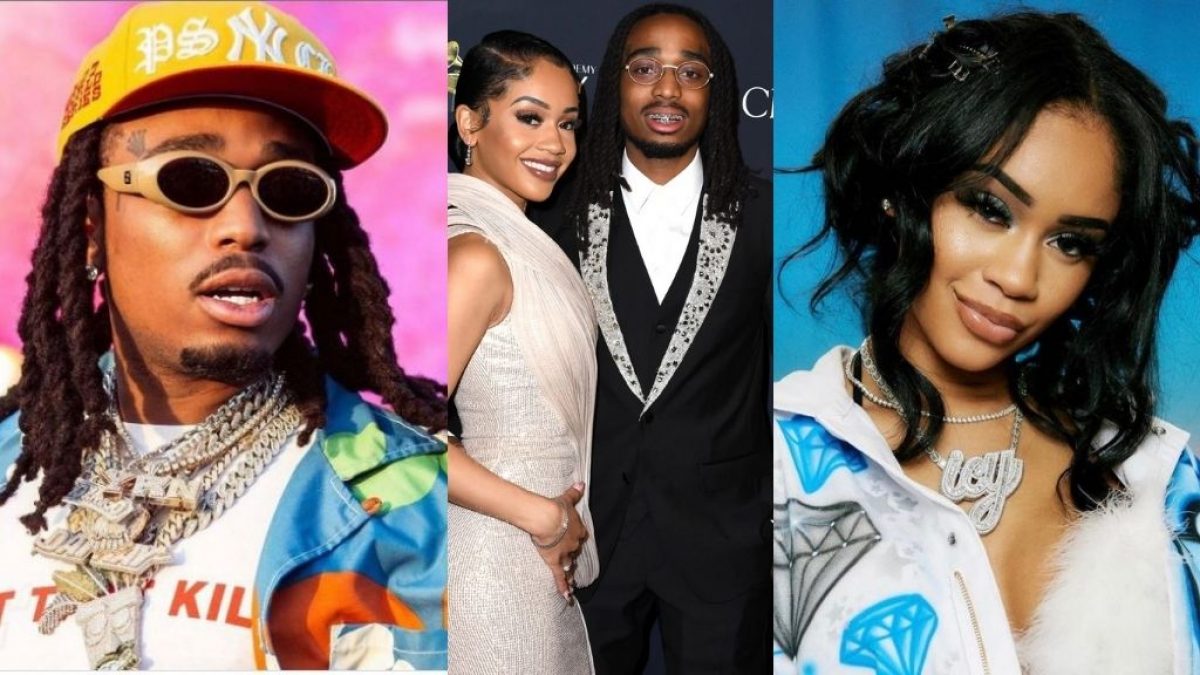 The internet is a true gift and a curse, after a recent video leak Quavo and Saweetie could both see themselves being questioned by authorities.

According to the latest reports, Saweetie and Quavo could both end up getting in trouble over the leaked video showing their physical altercation in an elevator, which surfaced earlier this week.

He go the play by play for people who need it broken down 💀 pic.twitter.com/JbWV9rUCi6

Last week, Quavo and Saweetie announced their high-profile split on social media after Saweetie accused Quavo of cheating on her. This was followed by a very public exchange of words online from Quavo’s sister and Saweetie’s aunt/manager after Huncho’s sister revealed Saweetie isn’t exactly as innocent in all of this as she’d like us to believe. As the news finally began dying down, a video was conveniently leaked showing the two former lovebirds getting into a tussle in an apartment complex in North Hollywood’s elevator, Solange style.. Saweetie seemingly attempts to throw punches at Quavo, which the rapper dodges. Then, he pulls her into the elevator as they struggle with his orange video game console case, they tussle into the elevator where she ends up falling to the ground. Saweetie stays on the ground for over a minute before limping on the way out dramatically.

As per the newest report from TMZ, Saweetie and Quavo are both being investigated over their involvement in the altercation. LAPD detectives have seen the video and they want to meet with both of the rappers to get a better understanding of what caused the fight. The situation could reportedly be considered an instance of domestic violence with both parties being in the wrong. Before anyone is charged, the police want to learn more about what led to the tussle in the elevator.

Quavo and Saweetie have both been silent since the video was released, staying off of social media with any commentary on the situation. Many artists, including Boosie Badazz, Trouble, and Bandhunta Izzy, have spoken out in support of Quavo. We’ll keep you updated as this story develops. What are your thoughts on this whole thing?