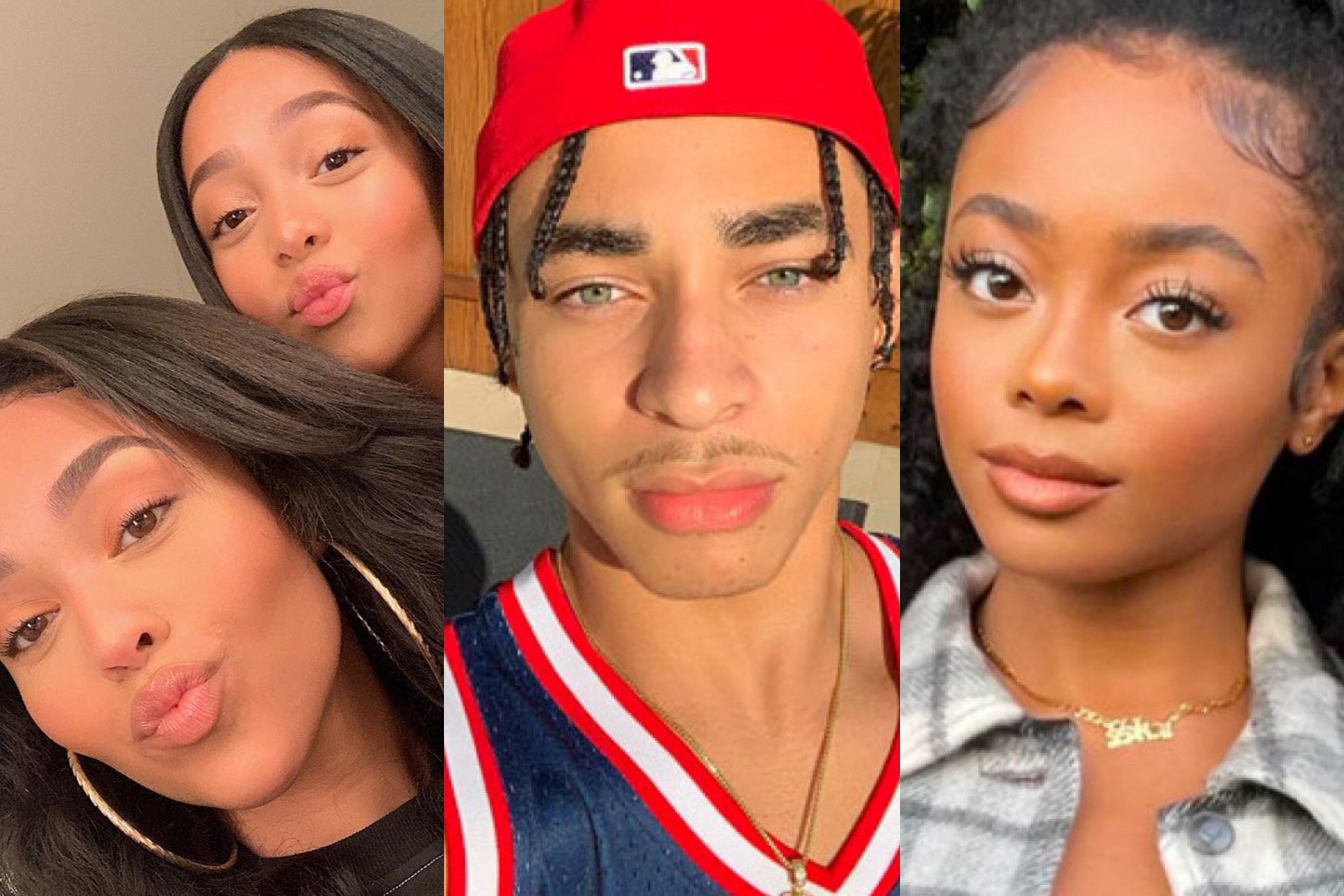 I don’t really know much about Skai Jackson other than her being a former Disney star but her little ass stays in some shit, doesn’t she?

After seemingly being caught up in a miscommunication with Jordyn and Jodie Woods, Twitter has Skai Jackson trending — and now the actress has publicly responded. Things kicked off earlier today when Jordyn addressed someone who wasn’t named on her Instagram Live by saying the person needed to stop coming for her little sister Jodie. According to what was said in the clip, the person had been allegedly antagonizing Jodie for some time now and the two sisters felt like at this point that enough was enough.

“And don’t make me make it public — because I will. And I’m not playing at all. So, just saying, keep it going,” she said at the end of the clip sarcastically.

For the record, Skai is currently 18 (about to turn 19) and Jodie is only 14… the story circling the internet is that Solange’s son, 16-year-old Julez Smith, might be at the center of the chaotic posts between the ladies involved. Julez was romantically linked to Skai a few months ago before they broke up last December, and rumors hint that he’s currently seeing Jodie. Direct messages involving all three of the teens have also been swirling the net and adding fuel to Twitter’s fire, even though some of them have been called out for being fabricated.

Over the past several hours, Skai’s been responding to the drama on various social media platforms. A tweet she shared this afternoon read, “Here we go… making up stories and turning nothing into something… give me a break!” Then, on Instagram, the actress also posted a message on her Stories saying, “Jodie Woods and I have never had an issue. We spoke, and are confused about this fake drama. And it’s sickening. Please leave us alone!”

Additionally, in the comments of Hollywood Unlocked’s coverage of Jordyn’s video, Skai defended herself further by saying, “Please stop with this fake news… Jodie and I have talked, we have never had any drama, and people are trying to make something out of nothing on both ends. Y’all are very quick to believe something on the internet,” before adding, “Again, that dm of ‘Jodie’ is not her… It’s fake… Stop believing everything you see on the internet.”

Unfortunately, Skai has been caught up in several public beefs before, with everyone from Bhad Bhabie to a former classmate who called the actress a bully. Hopefully, this back and forth between her and the Woods sisters won’t going on much more than it already has.

Here we go.. making up stories and turning nothing into something.. give me a break!

skai jackson alway in some mess, i think we need to step back and think about why SHE is the common denominator pic.twitter.com/B6bkzXfXeJ

Skai about to be 19 years old, bullying a 14 year old child over a 16y/o boy???? She needs to get a grip and leave them kids alone. You about to be an adult. https://t.co/PQTXPBZjJW