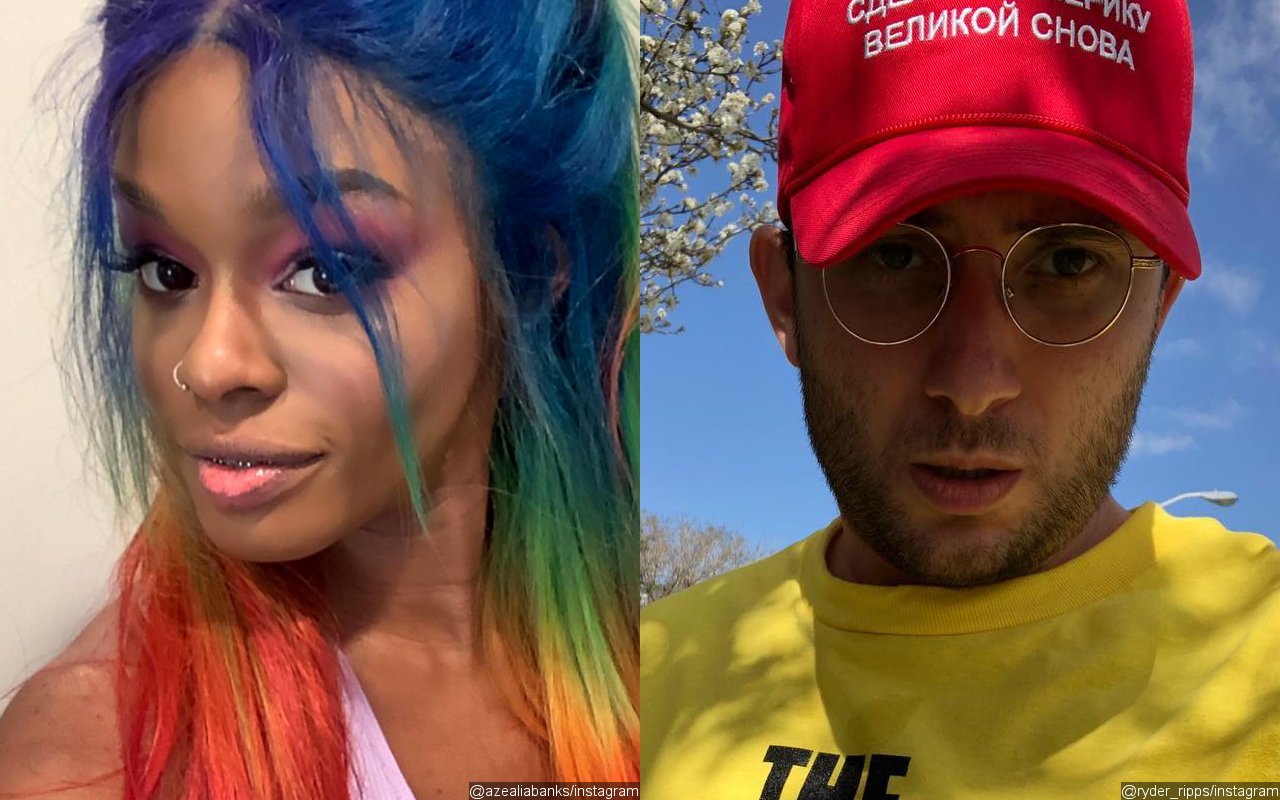 I guess there truly is someone for everyone…even manic, self-sabotaging, narcissists, who sacrifice chickens in their living room.

It appears Azealia Banks definitely sacrificed enough animals and collected enough cat remains to conjure up a man for herself. The ever outspoken New York-based rapper announced her engagement to artist Ryder Ripps on Monday morning.

We initially broke news that the two were dating a few weeks ago when Azealia referred to them as a “power couple” at the beginning of this month. She has been teasing her new song, suggestively titled “Big D*ck Ryder”, on Instagram with pictures of her fiancé..Yeah, we can’t make this stuff up

Azealia showed off her engagement ring, which has a menorah on it. Given her caption, she will seemingly be converting to Judaism as part of her marriage to Ryder Ripps. Well, let’s just hope with this new found love in her life that Azealia will be able to spread a bit more love and a lot less hate.