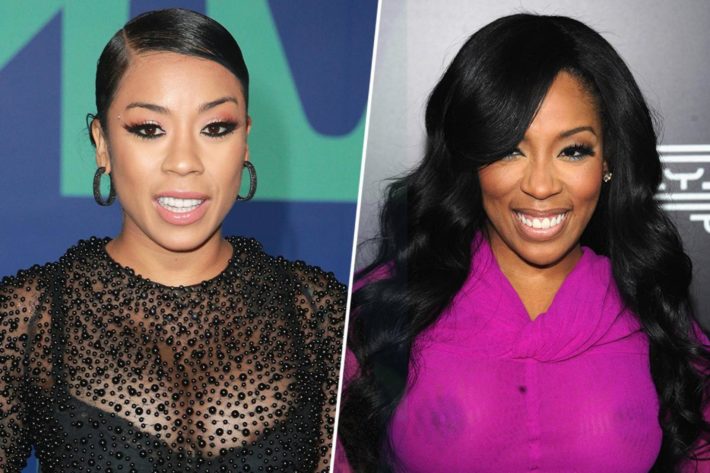 Quiet as it’s kept, I low key thought that Verzus should’ve been these two, so it’s good to see them make up. Hell, maybe if we can get Tamar on board it can be a whole “SANGIN” hoes tour once outside opens back up.

She was once shaking tables and antagonizing her co-stars on reality television, but K. Michelle has turned over a new leaf. Over the years, the accomplished singer’s talents have been met with many controversies that were sparked on Love & Hip Hop, her spin-off series, and even social media. K has never been one to hold her tongue which can sometimes get misunderstood, but as K. Michelle moves forward, she’s putting the petty things behind her. Even when Wendy Williams shaded the singer’s butt implant struggles on her talk show, K. Michelle returned to say that she’s no longer bashing Black women.

For some time, there have been rumors of R&Beef between K. Michelle and Keyshia Cole as, like many others in the industry, the two women were pitted against each other. It seems that the two women have laid their animosity to rest during a Clubhouse session and K. Michelle shared a bit about the interaction on Twitter.

“So last night on clubhouse was a great moment for the culture. Me and @KeyshiaCole squashed any little misunderstandings we had like adults and sang songs together all night. Y’all might even see a joint EP,” wrote Michelle. “I’m just all about positivity and making great music with some great people.”

Fans couldn’t believe they missed the moment, but are happy to hear that the singers were able to make amends. Check out the posts below. Would you be here for these two working on music together?