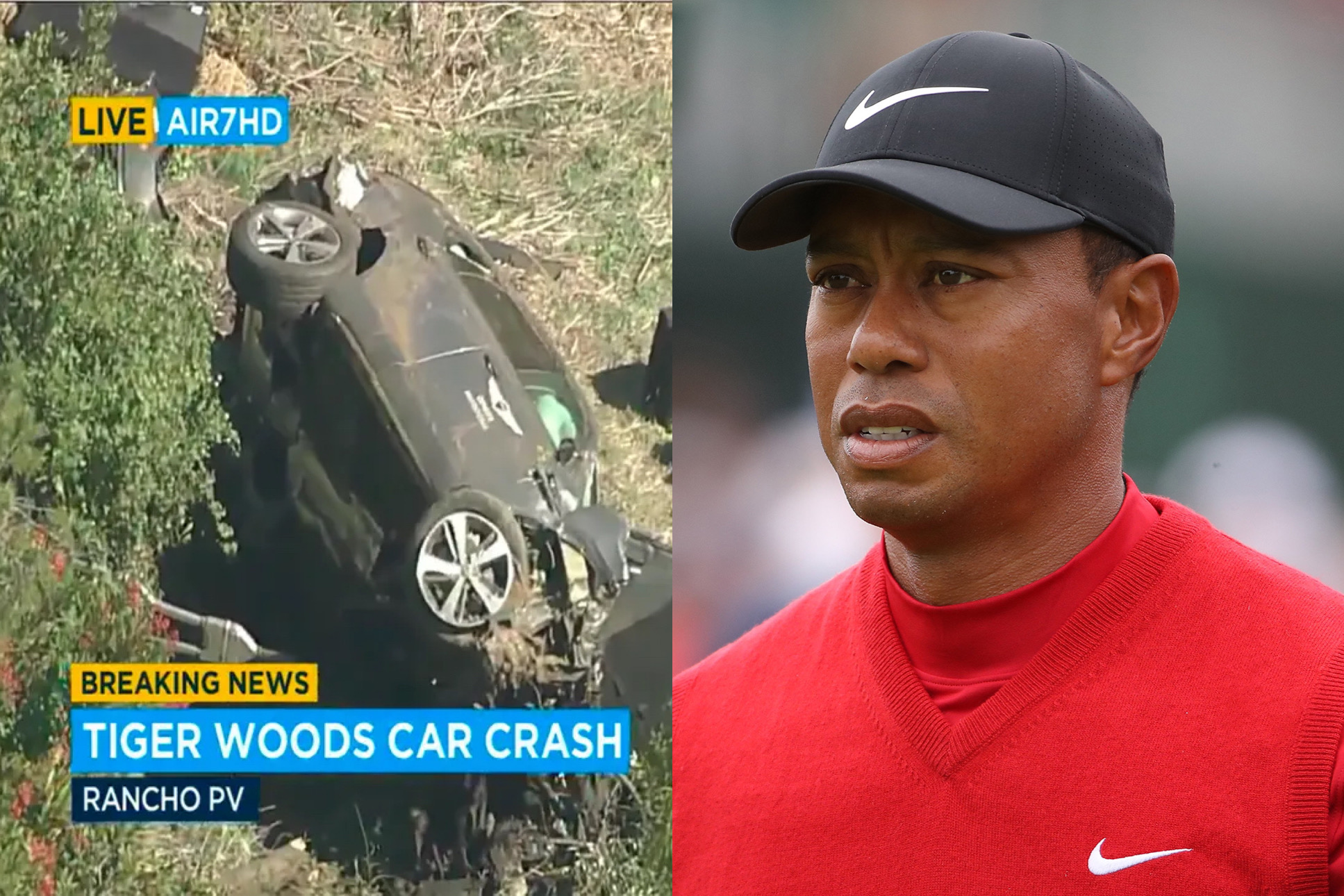 I wholeheartedly believe that 2020 went and added some tracks to it’s hair and tried to come back as 2021, because this is too much. Tiger Woods is currently in surgery following a single-car crash in Los Angeles.

Tiger Woods has been hospitalized and is currently in surgery following a terrifying-looking single-car crash in Los Angeles. According to details published by TMZ, the professional golfer required the jaws of life to free him from his vehicle after getting into an accident on Tuesday morning.

The sports legend was confirmed to be the only person injured in the crash. He was reportedly driving through L.A. County when he suffered a single-vehicle roll-over traffic collision, completely totaling his car. He was reportedly transported to a local hospital by ambulance and his agent, Mark Steinberg, confirmed that he suffered multiple leg injuries and is having surgery. It’s unclear how serious Tiger’s injuries are.

This morning @LMTLASD responded to a roll-over collision in which @TigerWoods was injured. Please see our statement… pic.twitter.com/cSWOxKZC1w

Police are investigating what caused the crash but it’s being reported that alcohol was not a factor. Other substances reportedly have not been ruled out though.

The 45-year-old is receiving prayers and thoughtful messages from the entire golf and sports community, as well as fans of his celebrity. We will keep you posted with updates as this story develops.

Tiger Woods’ vehicle after the crash this morning that now has him in surgery for what his agent is calling “multiple leg injuries.” pic.twitter.com/VbI5qvyj8g