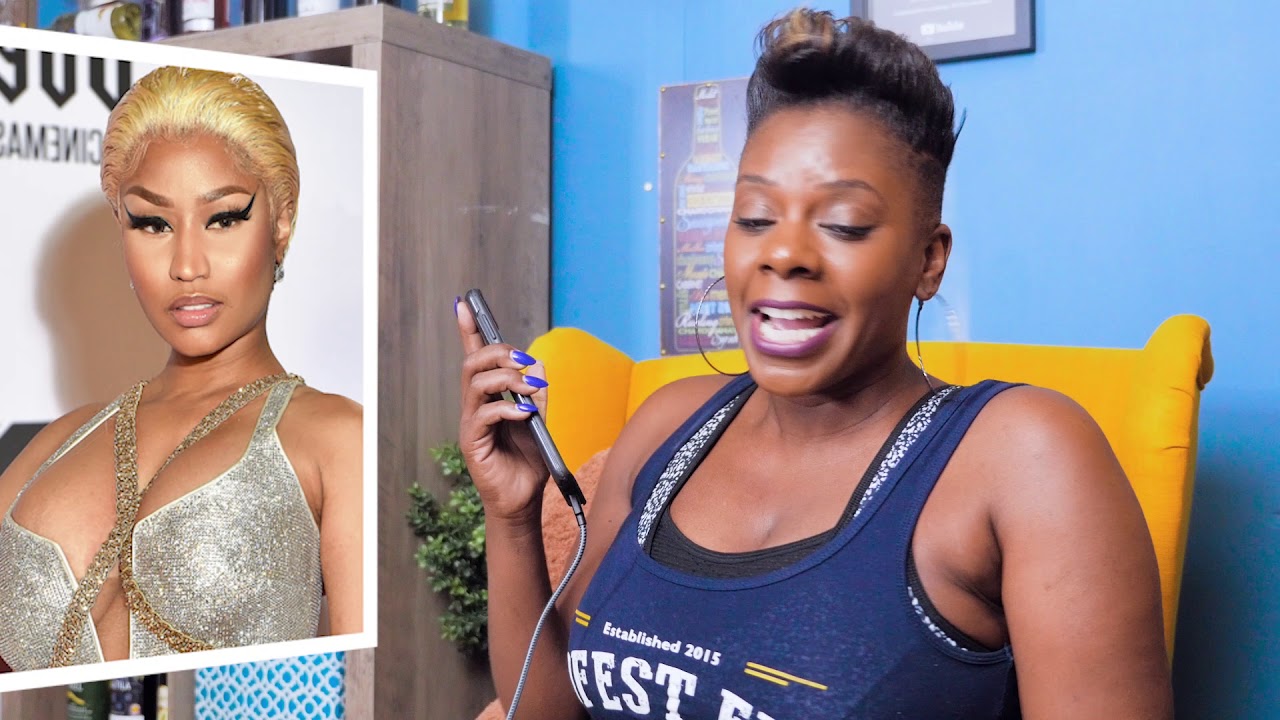 Well, perhaps the next time the ‘Chun-Li’ rapper wants to run with a narrative to discredit others… she may want to make sure her “close colleagues” get the memo as well.

There are several debatable hot topics in hip hop, and every so often we see ghostwriters comes up. During her recent interview with Math Hoffa, Remy Ma was questioned about whether or not she believes that it is important for a female rapper to pen her own songs. To which she responded “It’s not important.” However, she admitted that no one has written for her and she wouldn’t allow anyone to do so.

This reignited the debate online, with many who have never written or recorded music in their life, chiming in on the matter per usual. One rapper who has made the topic of writing records her go-to diss to any female rapper she feuds with (when she can’t shade their sales or billboard stats) is Nicki Minaj. She’s accused Cardi B, Lil Kim, Iggy Azalea, Remy Ma, and many more of ‘not writing their raps,’ and though her writing credits look just like everyone else’s, Minaj maintains that she’s the Mozart of female rappers apparently and no one else is capable of writing.

Well, loudmouth YouTuber Tasha K who is mostly known for getting her ass spanked by Cardi and her legal team in a defamation suit may be the latest to spill the beans on Minaj’s writing status. During her latest live broadcast, Tasha, who has admitted several times that she is a “close colleague” of Minaj while also boasting about their friendship and constant contact, discussed the topic about Remy and her comments on women in hip hop, during which she mentioned that she’s allegedly spoken with writers from “writing camps” who confirmed that Minaj allegedly only writes about 80% of her music.

Now, based on her history, we’re not going to sit here and act like anything that comes out of Tasha’s mouth is credible information. Personally, I don’t care who writes what. If I like a song I like it, I’m not getting anything from publishing so that’s none of my business, you know? This is just more so ironic considering Minaj’s constant jabs at others about the subject. Take a look at the clip below and let us know what you think.

TASHA K WHO CALLS NICKI MINAJ A CLOSE COLLEAGUE… Says Nicki Minaj has writing camps and she spoke to some of the writers. Now is Tasha finally telling truth or is she still spreading lies? Will we ever find out unless they go to court and prove that she’s lying? pic.twitter.com/fHSWgbWDa8