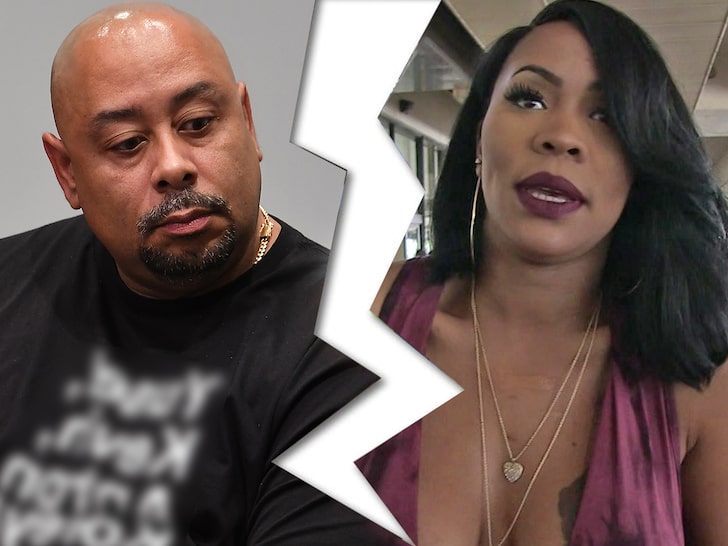 In the words of Flavor Flav “Yeaaaaaaa Boyyyy!” it looks like Deelishis is indeed ready to hang up her clock saying times us to her marriage with Santana.

Just a few days ago we told you how former ‘Flavor of Love’ contestant Deelishis exposed her husband for allegedly being a “narcissist” and a “cheat,” now the couple is back with a little more drama for the story. The pair randomly emerged in 2019 with an announcement that she was engaged to Raymond Santana, one of the “Central Park Five” or “Exonerated Five.” This was the first time the public at large saw Santana in a relationship since his release from prison after being wrongly accused of a violent rape against a white woman in 1989.

After leaving his long term girlfriend for the pursuit of Deelishis, the couple married six months after he proposed and though most believed this relationship was nothing but a money grab, they seemed to be living wedded bliss, but things came to a halt recently when she randomly uploaded a selfie with a caption coming at her husband’s neck. She followed up yesterday when she reposted a supportive message she received from someone and alleged that Santana left her and her children. “I didnt leave him. I stuck it out,” she wroter under it. “He left us [sad emoji][broken heart emoji].”

Now, here’s where things get spicy. Reports have stated that the couple have officially filed for divorce with Raymond actually being the one to make the request. An Instagram user ironically with the username “siden*gganix” followed the announcement by posting a video of he and Deelishis looking rather cozy with the caption “I knew that n***a ain’t know what to do with my baby” and finishing it off with the bold statement “I’m gon always be on yo side, remember a husband is temporary but a siden***a is forever.” (might have that backwards, buddy)

While Deelishis’ only comment on her alleged “side boo” was laughing under his video suggesting it was joke, Raymond responded with an IG story of his own appearing to be unsurprised and unbothered, writing “Ya got tell siden*gganix I don’t want her,” with a peace sign. Whew chile. Take a look at all the mess for yourself below and let us know if you’re surprised by any of this?