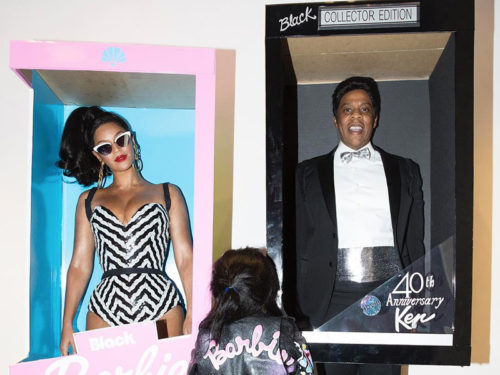 And the award for best couple Halloween costume goes to Beyoncé and Jay Z. Hip Hop’s power couple did it real big for Halloween this year, dressing up as real-life replicas of Black Barbie and Black Ken dolls.

Beyoncé shared a handful of pictures on Instagram Monday night (Oct. 31) showing off her family’s Halloween costume idea, which, in our opinion, totally won the Internet (Sorry, Teyana Taylor and Iman Shumpert). The billion dollar couple’s adorable 4-year-old daughter Blue Ivy also made an appearance dressed up as a cute little barbie girl. 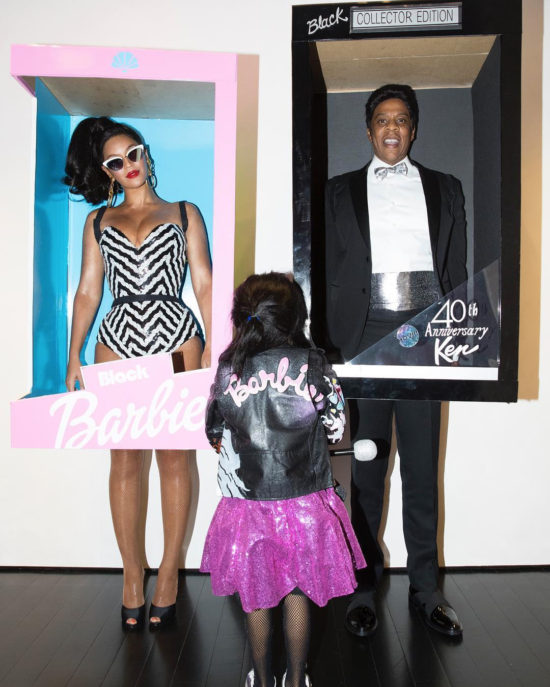 The Carter fam’s Barbie costumes came on the heels of the Internet ooh-ing and ahh-ing over Beyoncé, Blue Ivy and Mama/Grandma Tina Lawson’s epic Salt-N-Pepa group costume.
It goes without saying that the Carters nailed their Halloween costumes this year.