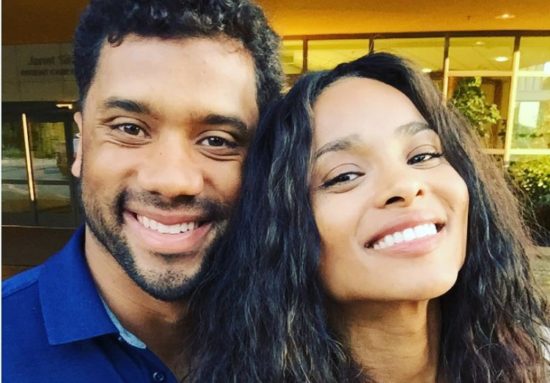 People are really trying to come for Ciara because she’s pregnant. Twitter trolls and Future fans attacked the singer after she announced she and her husband Russell Wilson are expecting their first child together.

Ciara was previously engaged to Future and they share a 2-year-old son, Future Zahir. However, all is not cordial between the co-parents. The two have been embattled in a contentious custody battle and Ciara even sued her ex for libel, claiming the rapper defamed her character on social media and allegedly threatened Wilson’s life. She recently dropped the $15 million-dollar suit, interestingly just days before announcing her baby news.

Some Future fans seem to still be in their feelings as trolls slammed Ciara for being a “hoe” and getting pregnant … by her husband. Which makes absolutely no sense. But check it out: 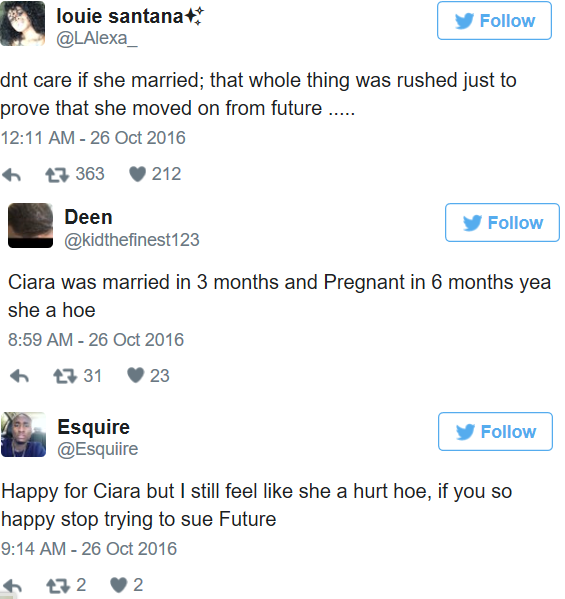 Despite all the attempted shame and shade, apparently some of the internets brains are still working as they came to Ciara’s defense: 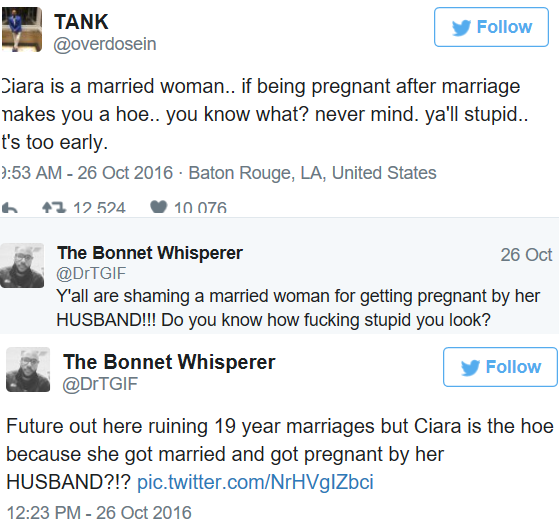 I’m sure Ciara appreciates the support, but she’s probably not even paying attention to the negativity to begin with. Ciara shared some fun pics of her and Russell to her Instagram celebrating Halloween dressed as President Obama and presidential candidate Hilary Clinton:

Let’s hope Ciara and Wilson continue to ignore the trolls and just enjoy their growing family. They have yet to reveal when their newborn is due.