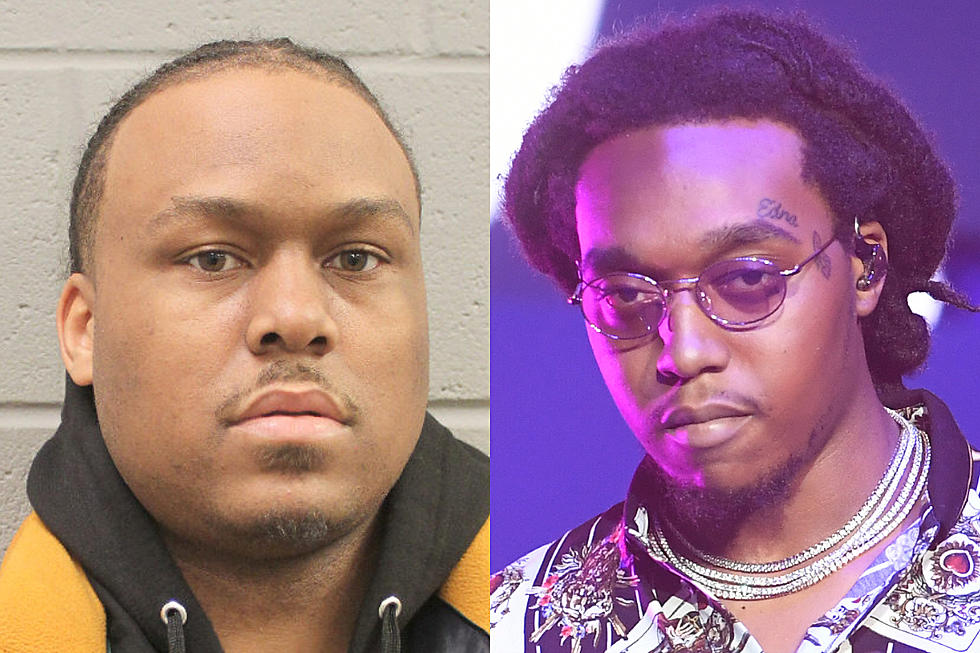 As an arrest is made in the case involving the death of Takeoff, the tributes continue to pour in. Hip Hop remains stunned at the loss of the beloved Migos rapper, especially considering he was an unproblematic figure in the industry. Takeoff stayed away from trouble and enjoyed being a part of one of the leading Rap groups in the world. However, sadly, that didn’t keep someone from firing shots during an altercation. Takeoff wasn’t involved in the verbal argument, but he, unfortunately, lost his life to a stray bullet.

The police confirmed the arrest of Patrick Xavier Clark, who they charged with murder. Houston Police Department Chief Troy Finner said they arrested Clark on the East Side of Houston on Thursday night. Police formally charged Clark with murder.

“We lost a good man,” Finner said before thanking Takeoff’s family for their patience throughout the investigation.

“We’re glad that a suspect has been arrested and charged with Takeoff’s death,” Mayor Sylvester Turner said. “I think we’re bringing some comfort to the family, though it does not bring Takeoff back. This is a significant step towards seeking justice and I hope it also brings additional comfort to all of those that loved Takeoff.”

Turner added that many people inquired about the status of the investigation in recent weeks. At the same time, the chief of police regularly updated him on the information that came in.

At this time, there isn’t a lot of information surrounding Clark, but we have learned that Clark is a known DJ in the Houston area who goes by DJ Pat.

The charges against Clark come a week after police arrested 22-year-old Cameron Joshua for the unlawful carrying of a weapon. Both the attorney for Joshua, Christopher Downey, and the prosecutor confirmed that he was not the person who murdered Takeoff at a bowling alley in Houston on Nov. 1st.

“I think the DA’s office knows the difference between carrying a weapon and a shooting case,” Downey said. “If they thought he was involved in the shooting, they would have charged him with it.”

Police also confirmed Takeoff had no involvement in the argument, which stemmed from a dice game. They added that he didn’t have any weapons with him, either.