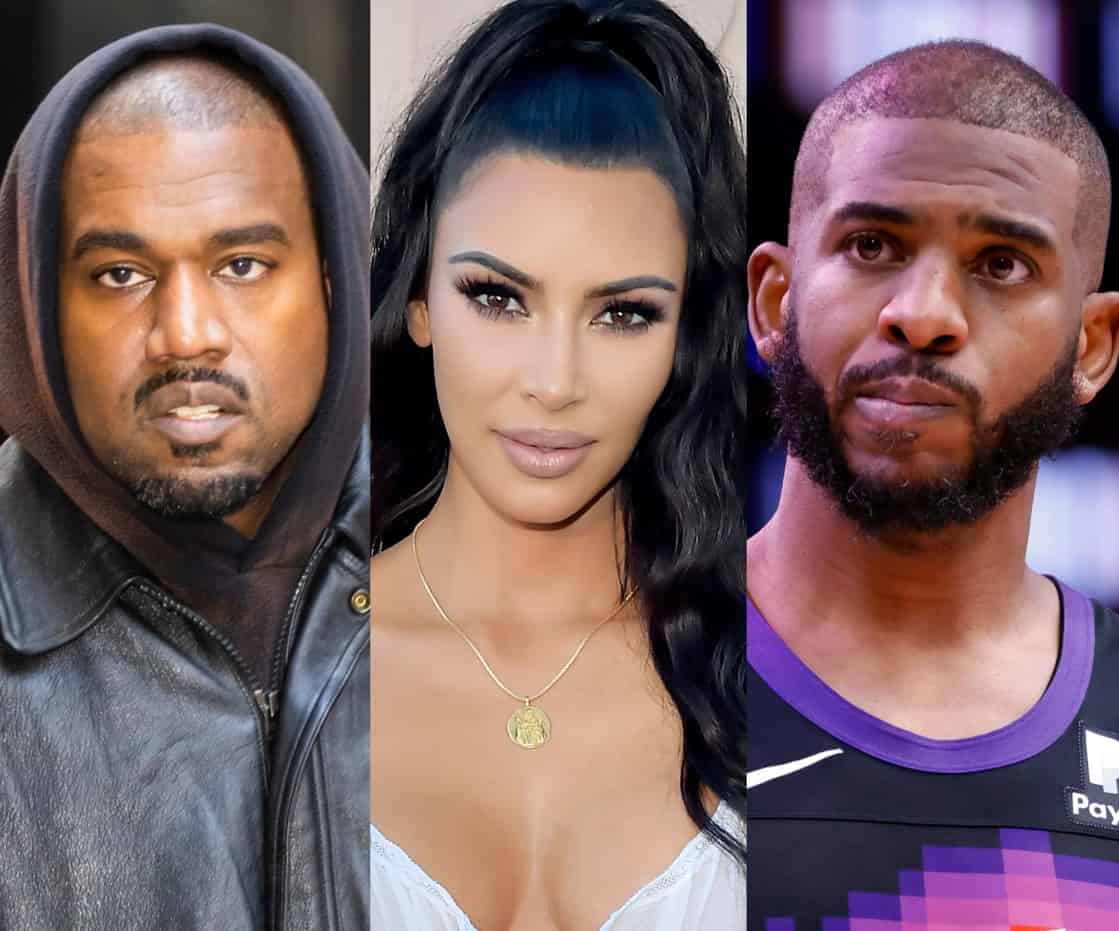 It seems like every other rant Kanye goes on somehow goes back to yet another claim involving Kim being a ho. Honestly, with their divorce finally being settled I don’t see where it matters either way.. but here we are.

Days after it was announced that Kim Kardashian and Kanye West’s divorce was finalized, Chris Paul finds his name involved in their drama. Kardashian first filed for divorce in early 2021, but the split allegedly was quite a difficult process. West reportedly went through five divorce lawyers, many of which removed themselves from the case. This week, it was reported that the famous couple’s divorce was finalized, and apparently, that hasn’t stopped the rap mogul from wanting to get a few things off of his chest.

Aside from his anti-Semitism, Hitler compliments, and Nazi praise, West also targeted his ex. Before being booted from Twitter… again. West alleged he caught Kardashian with Paul—who is married. TMZ followed up the report with a statement from someone allegedly close to the situation attempting to shut it all down on Kim’s behalf.

“This is not true and sadly it’s an ongoing pattern with Kanye,” the person stated. “Attacking Kim to redirect everyone’s attention after a day of crazy antics where he has said every hateful and offensive thing he can possibly dream of.”

These accusations against West don’t come as a surprise for those keeping up with pop culture. As the source stated, since announcing their breakup, West has regularly gone after Kardashian. Her family has also caught a few strays, especially “Mom-ager” matriarch Kris Jenner.

His antics have caused concern among his peers and those who call West a friend. The public is expecting to hear more from the Donda hitmaker, especially as he pushes forward with another unfortunate bid for president.

This photo is resurfacing of Drake and his friends wearing Chris Paul jerseys from when he was beefing with Kanye… pic.twitter.com/BD0daF3x1r