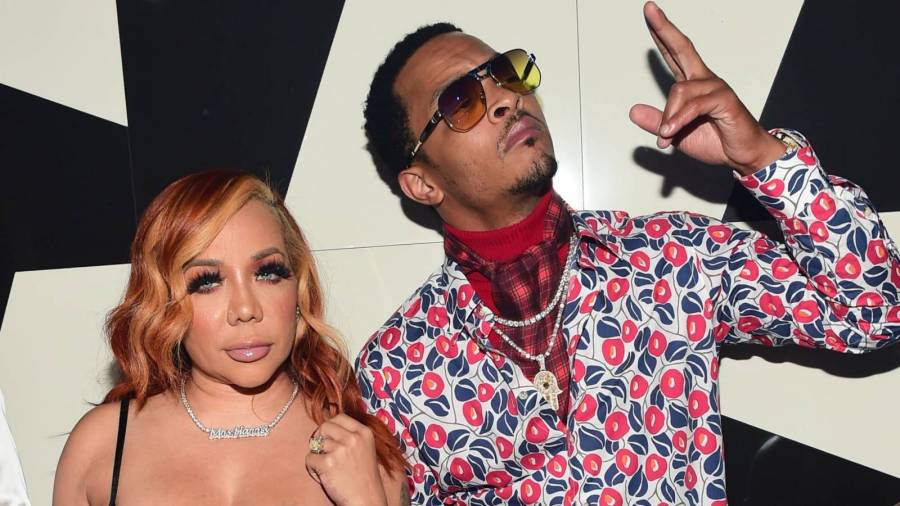 The couple called the allegations “egregiously appalling” and I just know that big ass word came straight from Tip.

It hasn’t been a good week for T.I. and Tiny Harris. The couple started off the week facing accusations from Atlanta entrepreneur Sabrina Peterson, who claimed that T.I. had placed a gun to her head and threatened her in front of her children. A few days later, Sabrina began posting testimonies from more of Tip’s alleged victims, who claimed that the couple are sex traffickers of women and minors. A total of nineteen women have reportedly come forward to make accusations against T.I. and Tiny. The couple has released an official statement in response to the allegations.

More than a dozen women ended up coming forward with allegations, many accusing the couple of forcibly making women take drugs before entering their home, as well as alleged instances of assault and facilitation of sexual abuse in their home. In a statement made to a Complex spokesperson for Tip “T.I.” and Tameka “Tiny” Harris, the couple vehemently denied the allegations, calling them “egregiously appalling,” while alleging to have been exporting “difficulty” with Paterson for more than a decade.

TW!!! Rape, drugging, abuse, etc
/
/
/
/
/
/T.I. And Tiny’s ex friend (instagram: theglamuniversity)came out with her own story of abuse from them yesterday. Since then, 19 others have also come forward. Here are some of them. Some of the victims being as young as 15 years old. pic.twitter.com/pR0rUN7WSW

The statement reads: “Mr. and Mrs. Harris want to be on record and more importantly want the public to know they emphatically deny in the strongest way possible the egregiously appalling allegations being made against them by Sabrina Peterson. The Harrises have had difficulty with this woman for well over a decade. They are taking this matter very seriously.”

Tiny has previously defended her husband against Peterson’s allegations on Instagram, although neither T.I. nor Tiny has spoken out against the more severe allegations. Shekinah Jo, a close friend of Tiny’s, stepped in and alleged that Sabrina Peterson actually aided in recruiting women for the couple, saying that Peterson also had sex with T.I. and Tiny and Peterson has also responded to those claims.

“Please stop telling me what a ‘fan’ turned celebrity said about me on live,” she said. “When a weapon was put to my head this was a few years before anyone knew [Shekinah]. I’m not sure how anyone can speak with such conviction about a person you have only been around to do their hair maybe 3 times and seen casually for no more than 12 hours in my entire life.”

Peterson explained further in her caption, digging deeper into Shekinah for inserting herself.

“This ‘CRYING WOMAN’ speaking with such said CONVICTION did not meet ANYONE INVOLVED OR PRESENT UNTIL YEARS AFTER,” added Sabrina. “It saddens me that people are so delusional and as I’m now realizing involved in such a sinister lifestyle that they feel the need to insert themselves. I’m not sure why anyone is going to a courthouse on someone that will only dial your number to send condolences in the case of death in the family. I spoke of a situation of violence that’s my trauma, when the victims spoke they spoke of THEIR EXPERIENCES. In the future our community shouldn’t stand so firmly on people, places and things that happened YEARS BEFORE ANYONE KNEW YOUR NAME!”

This doesn’t seem like it will be ending anytime soon. What do you make of it all?