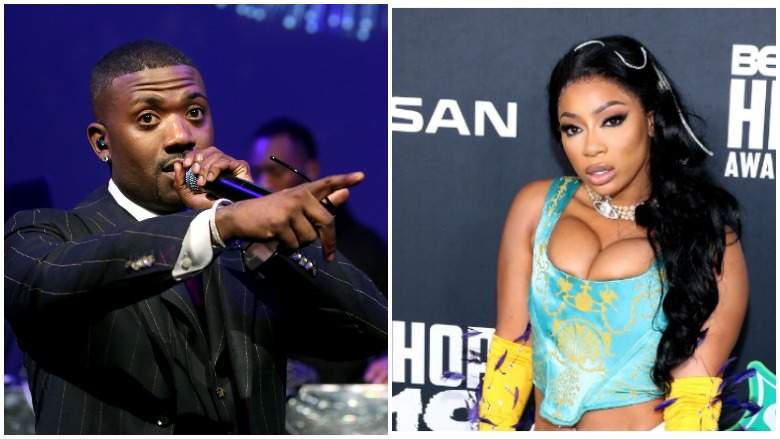 Princess recently claimed that Ray and Tommie previously hooked up, but Tommie clapped back to say that isn’t true. Princess better stop before Tommie accidently throws her head into a locker.

A playful game of who-has-hooked-up-with-whom has caused some problems in the ‘Love & Hip Hop’ streets. Recently, a few members of the Love & Hip Hop cast came together for their Unlocked special where they talked about a few things that weren’t aired on the show. At one point, the host wanted to see if direct links from one cast member to the other could be connected by previous hook-ups, much like Hollywood does in the pop culture phenomenon “Six Degrees of Kevin Bacon.”

In the clip, the cast tried to piece together Miss Nikki Baby to Ray J, and while working together it was revealed that Ray allegedly had previously rendezvoused with Karlie Redd and Tommie Lee—because Princess Love spilled the beans about the latter, claiming that she was repeating something she heard on another special. Everyone laughed about the surprising news, but after seeing the footage, Tommie, who is currently training for a celebrity boxing match against Bad Girls Club alum Natalie Nunn, wasn’t amused.

“I’ve never been with anybody on that show besides scrapp,” Tommie Lee said of her ex Scrapp DeLeon. “@Princesslove keep my f*ckin name out cha mouth spreading rumors girl ya man been for the streets, but he ain’t Neva bend my block FOH!” Ray’s reputation as an alleged playboy has gotten him entangled once again. Check out her post below.