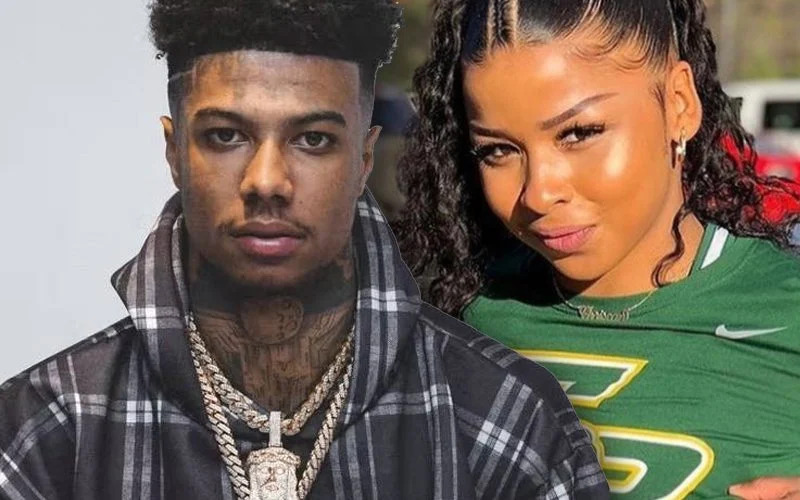 The relationship between Blueface and Chrisean Rock has become the poster child for toxicity with dramatic incidents, including arrests, vehicle theft, police confrontations and some bizarre on-going saga with her front tooth and now an intergender match in the streets of LA. I’m sorry but it ain’t that much “love” in the world.

I feel like I hear more about Blueface and his girlfriend Chrisean Rock’s problems than my own. Well, the two are making headlines once again after they apparently got into a physical altercation in Hollywood on Monday night (August 1) — and it was all captured on video. In the clip shared by TMZ, the couple is strolling down the street when they begin to argue. Rock attempts to put in him in some kind of chokehold while telling him, “I hate you, my n***a!”

The entire clip is pretty dramatic but things take another sharp left at the moment Blueface swings at her. Eventually, a small crowd has gathered and start filming. Rock rips Blueface’s t-shirt off and they keep taking jabs at each other until the video ends.

In a follow-up video from Blueface, he claimed they were fighting over her phone after he discovered she’s allegedly talking to several other men. Blueface went into great detail, accusing her of sleeping with a corrections officer at a New Orleans jail while showing off his shiner. “Y’all shut the f*ck up,” he began. “Y’all don’t know this wh**e. Y’all don’t know her. I barely know her. Went through her damn phone. She f**kin’ the CO at the damn jailhouse. She sending the CO the hotel, and he got a wife and she probably going to see this..”

Rock can be heard denying the allegation, saying, “Why do you have to say I f**ked him?” to which Blueface replied, “He didn’t fuck you? So how did he know what hotel you was staying out? He was waiting outside your hotel when he called you. You said you enjoyed his company. You said I was just observing you and blushing. Where the f*ck was this happening at?”

Blueface then explained why he was providing all of their private information publicly as he continued to accuse her of cheating with multiple people.

“They think you just a real solid bitch,” he said. “They don’t know you really a whore with tattoos. It’s crazy, cuh. Then we got this n-gga named ‘Badass’ that picked the bitch up from her little apartment. Picked her up, dropped her off, they did lord knows what. I don’t fucking know. We got Terry sending her his whole f**king d*ck. Then we got Jarvis when she was on tour with Badees talkin’ bout ‘stay another two days.’

Take a look at it all for yourself below and let us know what you think of this mess. Should Crisean just put her tooth back in and these two just let it go at this point?