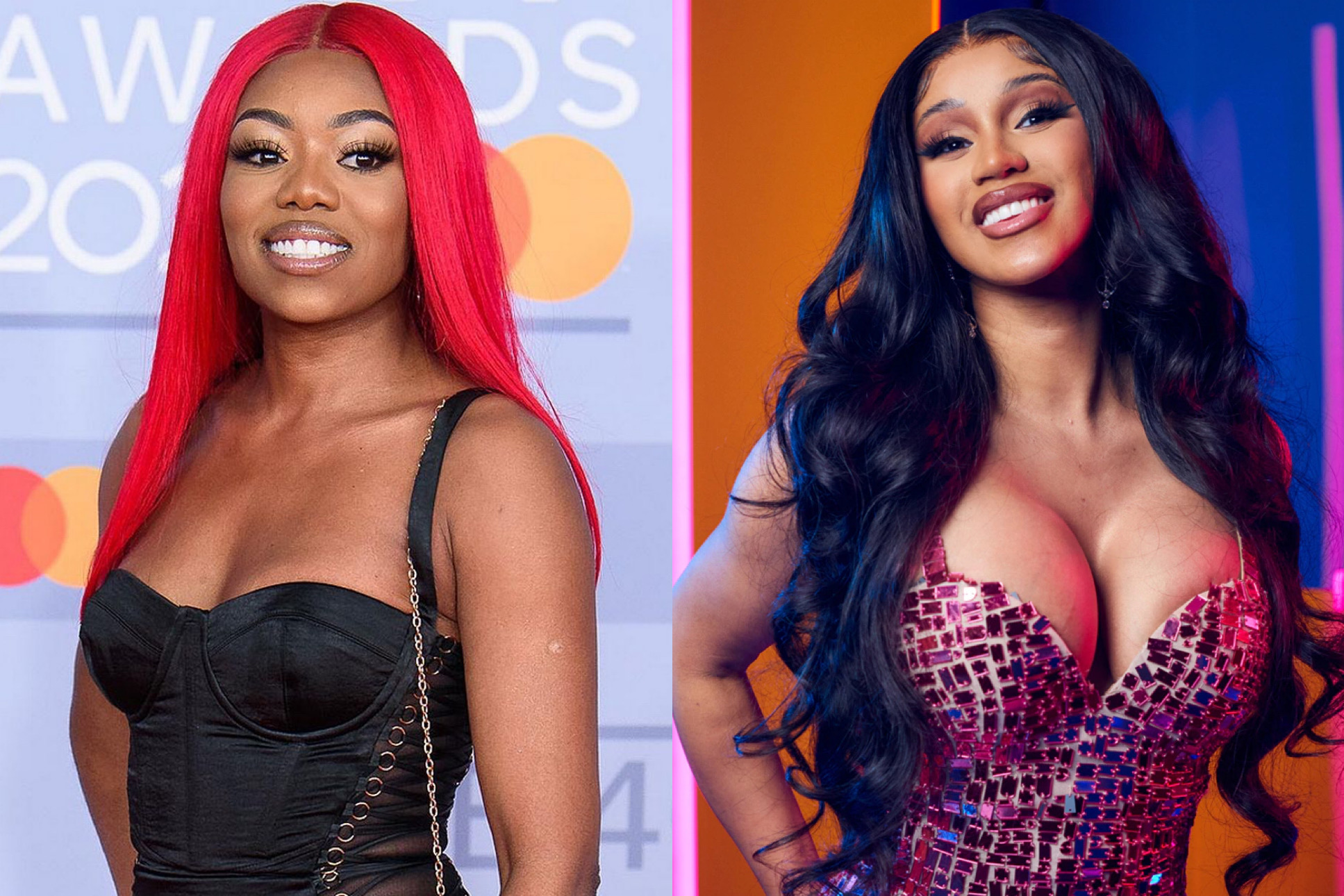 I’ve been wondering if inflation was affecting people overseas as well and it looks like today I got that answer after UK rapper Lady Leshurr clearly had to reach to the skies for an “issue” (and apparently a payment) from Cardi B.

It all started when UK rapper Lady Leshurr decided she needed to defend herself via Twitter against an obviously fake troll account which made waves just a day prior by making numerous claims against Nicki Minaj. The account which was going by the name “Kate Miller” spewed several narratives claiming to be the “Chun-Li” rapper’s former assistant, one including that Minaj had paid Leshurr to previously claim she was once made an offer by a label to diss her.

Though the troll account was shut down and most were well aware it was inauthentic, Leshurr brought the issue into today (8/2) and decided to take to her Twitter and reiterate that it’s claims weren’t true. During this rant, she then conveniently decided now was the time to pick a fight with Cardi B. Reposting a clip of her 2015 viral track “Queen’s Speech 4,” a track which Cardi sampled for her song “Cheap A** Weave,” Leshurr wrote “You mind asking Cardi if she can break me off a likkle change she used my beat/idea before her big break and is now a millionaire and I got paid 0 🥺,” to which Cardi replied “I made like 2 dollars of that song ….you want the other dollar?”

For those unfamiliar “Cheap A** Weave” was the first song and video that Cardi released prior to being signed or even releasing any mixtapes. The song paid obvious homage to Leshurr’s track as she was not only name-dropped on the record, but also backed up and supported Cardi doing so when the song was released.

Leshurr replied to Bardi’s offer for a dollar claiming she just wanted credit for the song and wasn’t upset until she was it on streaming services… what it’s interesting is that not only do past tweets show Leshurr defending Cardi’s usage of the song, but also if she was really looking into what she’s supposedly upset about then she’d probably notice that the track isn’t currently available on any streaming service and is honestly relatively unknown outside of Cardi’s fanbase. Take a look at the mess and receipts below and let us know what you think may have really sparked this sudden change of heart for Leshurr?

Just stop. It’s all cap I did not get paid nothing so issa lie stop letting bots be in blogs 🌬 https://t.co/dHQeCNrhge

Just stop. It’s all cap I did not get paid nothing so issa lie stop letting bots be in blogs 🌬 https://t.co/dHQeCNrhge

You got influential ppl just running with fake news and troll accounts not even bothering to check the facts just because said artist will get them engagement, likes and views. Social media is dusted 🤦🏾‍♀️

You mind asking Cardi if she can break me off a likkle change she used my beat/idea before her big break and is now a millionaire and I got paid 0 🥺 https://t.co/Kvj8J7hdRo

I made like 2 dollars of that song ….you want the other dollar ?

😂😂 would b nice but tbh I just wanted my credit & it’s mad I had to tweet banter 4 a response when I dm u years ago about it. I was cool wen I thought it was just YT cover but it’s on streaming sites as “cheap azz weave” nw & urs comes up b4 mine so yes dollar & credit pls 💜 https://t.co/LsgMyke9rA

You knew it was in streaming though and you’ve also defended these same types of claims you’re trying to use now. What happened? https://t.co/AMcqYnkH44 pic.twitter.com/obIfRzmprr