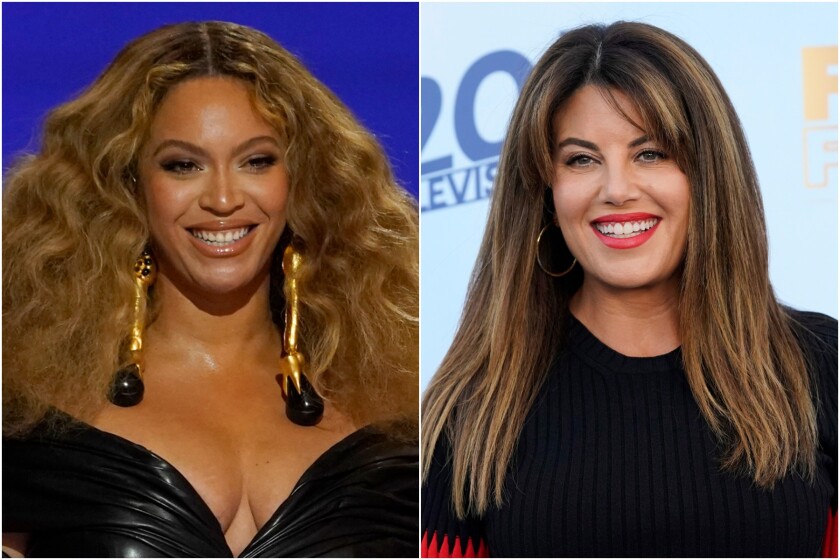 Beyoncé once said “You know you that b*tch when you cause all this conversation,” and well… the aftermath of her latest album release is putting that on full display.

The latest Beyoncé record has caused all sorts of havoc and now, the focus is being shifted toward Monica Lewinsky. The former White House intern rose to fame during Bill Clinton’s administration at 21 years old after her affair with the president was made public. Clinton was impeached in 1998 after he stood accused of not only lying about the affair but faced allegations of obstructing justice and perjury. The details of testimonies given were headlines day after day, including moments involving cigars and Lewinsky’s semen-stained dress that was turned over for analysis, confirming Clinton’s sample.

The latter is the inspiration behind a line in Beyoncé’s hit song “Partition,” and now, Lewinsky is calling for the lyric to be changed.

On the 2013 track, Beyoncé famously said, “He Monica Lewinsky’d all on my gown.” It has gone uncontested for nearly a decade, but now that Beyoncé has been under fire from the disabled community over the word “spaz,” Lewinsky has returned. Bey’s camp has removed “spaz” from her Renaissance album and Lewinsky reposted an article about the controversy and added, “Uhmm, while we’re at it… #Partition.”

This with the added conversations about Kelis’s ire regarding her reported now axed sample, Beyoncé’s fans and supporters quickly went after Lewinsky. She was accused of trying to jump on a bandwagon and was chastised for calling out the singer while having “rap song muse” in her Twitter bio. Lewinsky responded to critics, adding that she has mentioned this grievance in the past.

If Lewinsky wants to suddenly call out all the pop culture moments referencing her slobbing off our former president then she’s going to have a pretty busy schedule that certainly doesn’t start or end with the Queen Bey. Take a look for yourself below and let us know what you think.

uhmm, while we’re at it… #Partition

Is this you thanking Beyoncé and joking about it yourself to VANITY FAIR? It seemed fine then 🤔🤔🤔🤔 @MonicaLewinsky pic.twitter.com/Hvh4T8831d

beyoncé was NOT the first person to make a monica lewinsky reference yet that’s the only person she ever addresses… not to mention it’s been a decade.

Monica girl be realistic… You're saying that Beyoncé should remove a line from her song that came out 9 years ago??? And why are you only talking about Beyoncé, there were plenty of other artists who were more disrespectful. Beyoncé's line wasn't even bad. So calm down

Monica Lewinsky thought we was gonna agree wit her with the Beyoncé hate train going on… not today, nutty buddy

Are you not proud of it? pic.twitter.com/mKpd79JquF

Okay , how about you un-blow Hillary’s husband, can u do that ? pic.twitter.com/6Y7JymZ3wv