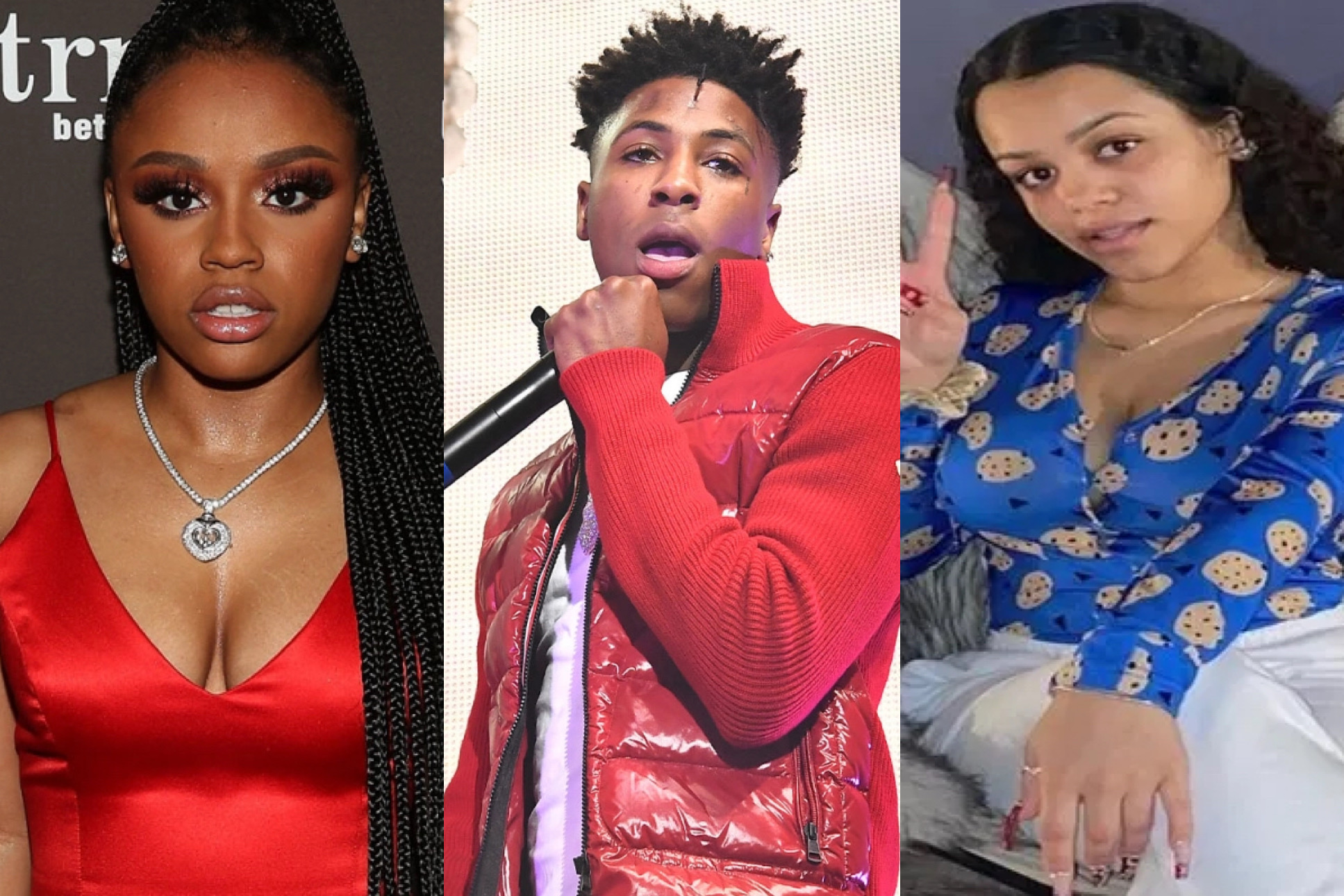 Who knew that an alleged herpes-infected slong could also be dipped in gold, because lord knows there ain’t no other way these ladies are really out here doing this.

He’s currently incarcerated and awaiting trial for a stack of serious charges, but the many women in NBA YoungBoy’s life are sending subliminal shots on social media. Earlier this week, NBA YoungBoy pleaded not guilty to the weapons possessions charges stemming from his initial arrest last September. The rapper was recently detained once again by federal authorities in Los Angeles.

After literally slicing and dicing her way to his heart, Yaya Mayweather became the latest member of the ‘YoungBoy Baby Mama Committee.’ She became a first-time mother in January after giving birth to YoungBoy’s son Kentrell Gaulden Jr. months after YoungBoy welcomed another child with someone else. It has also been reported that the rapper has reunited with his on-again-off-again girlfriend, Jazlyn Mychelle, who many have speculated over the last few months is now pregnant with the fruitful MC’s 8th child. Those rumors seemed to be confirmed as over the last few weeks she’s been spotted sporting quite the obvious baby bump as you can see below.

But, apparently another relationship and another baby wasn’t quite enough to deter YaYa away from her Kentrell, however a simple post from Jazlyn was enough to ruffle Yaya’s feathers as the two shared a brief exchange on social media over who’s been talking to the incarcerated rapper.

Without much context, Jazlyn shared a text image that reads, “He said ‘its cool cooler than my ice im waiting to put back on my neck its all good believe that’ – Sincerely Kentrell.” There wasn’t much to the message, but Yaya was quick to share an identical post to her Instagram Story. Hers seemed to be a screenshot, but she covered other parts of the message.

“GIRL BYEEEE [crying laughing emoji],” Mayweather added to her post. While it all is difficult to be sure of, it would seem that YoungBoy may be sending his ladies the same jail talk messages. I guess Mayweather wanted to make sure that Jazlyn didn’t feel as if she was any more special than she was. Hide the knives! Check out the posts below. What do you think of this mess?