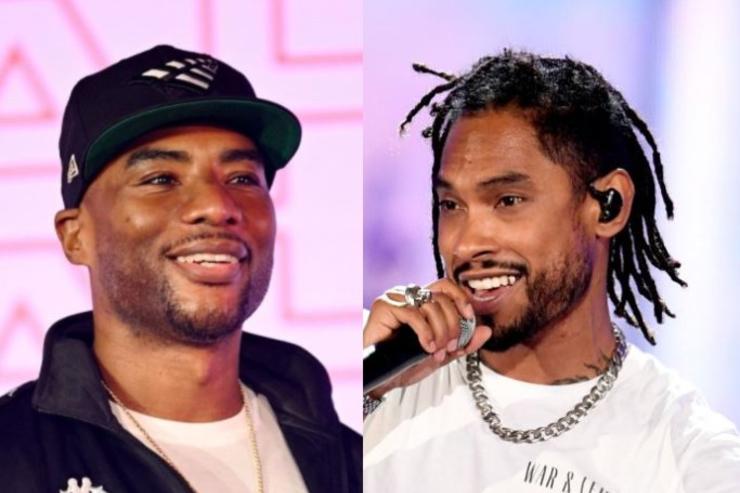 The radio host sparked another debate as he praised Miguel’s talents over all others and I’m…. not quite sure how to feel about it.

Let the great R&B debate begin. There are always arguable declarations coming from music fans about who’s the best at what and what artist is the greatest ever. Hip Hop fans will die on their swords for their “Top 5” lists, and R&B lovers aren’t much different. There have been recent discussions regarding the influence of R&B in our current culture as people compare these times to those days when R&B reigned back in the 1990s and 2000s.

Charlamagne That God has prompted yet another debate after he gave his choice for the greatest R&B artist in the last decade. “I’m sure I’ve said this other places, as well,” Charlamagne began.

“To me, the greatest R&B singer of the past decade is absolutely Miguel. No disrespect to nobody else,” he continued. “There’s a lot of other brothers and sisters doing they thing man, but I’m just talkin’ ’bout when it comes to like, that old OG traditional R&B that I love, you know. Jodeci type sh*t and you know, Dru Hill, Guy, “Piece of My Love.’ That soulful mmm! It’s always been Miguel for me.”

I’m sure this conversation was ignited after Miguel shared his Art Dealer Chic 4 EP last week. Miguel certainly is a talented singer deserving of some top-tier titles, but…the best of the decade? That is one strong statement. I’ll let you tell us who you believe the greatest artist of the last 10 years is. Check out Charlamagne Tha God’s clip below. Is he speaking facts?