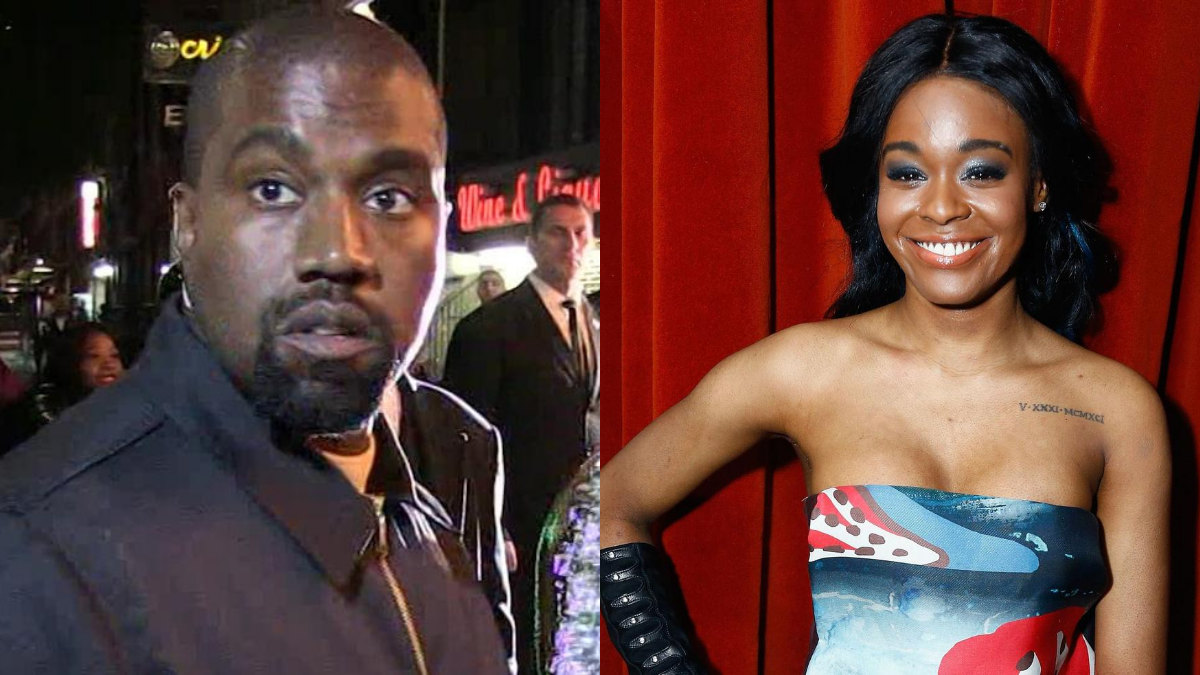 Lord, we come to you today asking that you make sure there’s no chance in heaven or hell that the schizophrenic, bi-polar, eccentric, Gemini energies of Kanye and Azealia, ever unite. That is absolute chaos waiting to happen.

The divorce of Kim Kardashian and Kanye West has been making headlines over the past few months. The past few years have undoubtedly been tough on the celebrity couple, especially after ‘Ye’s run for president. However, the kids remain their primary focus, and Kim Kardashian appears to be staying focused on her business ventures which were recently valued at over $1B.

Yesterday, it was revealed that Kanye West is allegedly already thinking about getting back on the market rather than getting himself together. The rapper reportedly is seeking to date another creative “artist” that would be able to “speak the same language.”

It appears he has a few contenders lining up including the always out spoke and equally controversial, Azealia Banks. Despite their polarizing relationship due to their history of mostly one sided beef, Banks leaped at the idea of having children with Kanye West, if the reports are real. “It’s me guys,” she wrote alongside a screenshot of one of the many reports on Kanye’s desire for an artist. “The powerful black demon entity awaiting in my ovaries and kanyes testicle is finally about to be unleashed upon the world. All of you n***as are going to JAIL,” she added.

Kanye West only responded to Kim’s divorce petition earlier this week. They might not be on speaking terms but the court proceedings should be going smoothly since they are on the same page when it comes to the custody of their children and the division of their assets.

Check out Azealia Banks’ post below. Would you be here for seeing these two link up if either of them were to take this mess serious? Hell, would they even survive? Would we? Lord, help us.