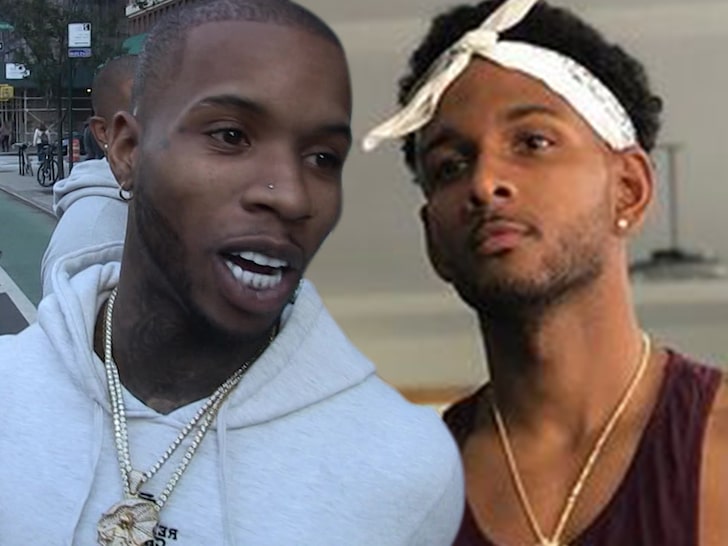 Now, I don’t mean no harm but I’ll be damned if a man the height of Tory Lanez is going to just keep popping me and getting away with it.

Pint sized rapper Tory Lanez is building a string of troubling accusations that are sure to have him losing some lucky charms from his pot of gold. Most recently being named in a police report by Love & Hip-Hop: Miami star Prince for the second time. You may remember when we reported Prince previously claiming that Tory Lanez attacked him at a Miami nightclub in November 2019. Well, this little fella allegedly put hands on Prince again, being accused of punching him in the face at Vendome in South Beach last week.

According to a report by TMZ, Prince has filed a police report claiming that Tory Lanez attacked him once again last week. The incident allegedly took place at 4 AM last Monday when Prince was approached at the club and punched in the left side of his face. He says that he required medical attention, showing the swelling on social media. Prince told officers that he allegedly made eye contact with Tory, who ran out of the club and drove off in a Sprinter van. He was named as a suspect in the police report for alleged battery.

Prince was reportedly partying with Malcolm Butler of the NFL and the alleged attack happened when Butler left the reality star alone in their section.

According to the report, Tory is denying any involvement in the incident. A rep for the rapper says that he was “nowhere near Prince at the time he alleges.” He also says there is no footage or witnesses to back up the story.

We’ll keep you posted as more information is released regarding the alleged attack. Watch Prince’s video below, as well as the video of Tory swinging on him in 2019. Thoughts?