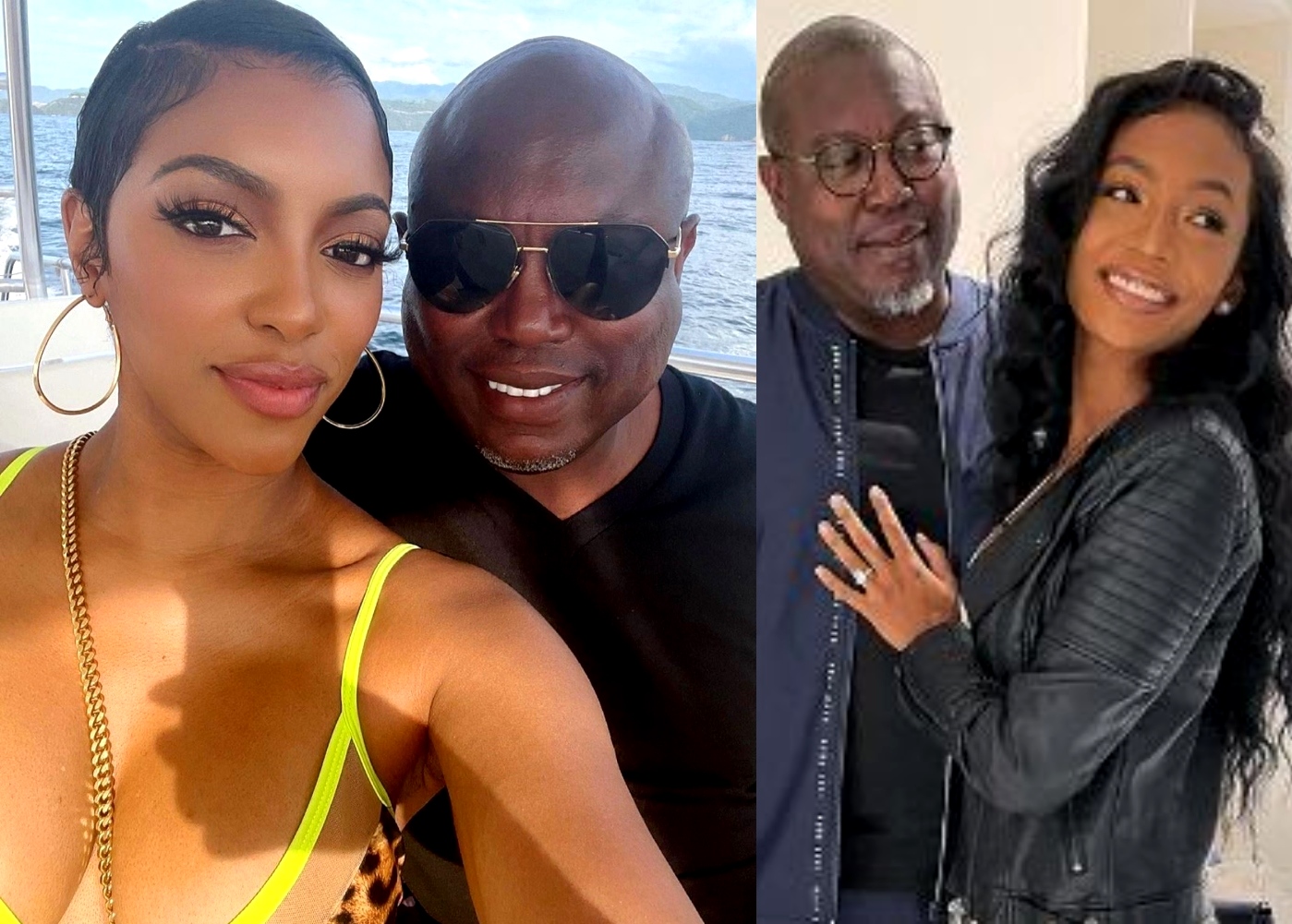 It’s been the trifling ass engagement heard around the world as no one has been able to stop talking about it over the last 48 hours. Now, Falynn Guobadia speaks out about Porsha Williams getting engaged to her estranged husband while the ink isn’t even dry on their divorce papers.

Porsha Williams and Simon Guobadia are engaged after only one month of dating. While it may seem that they’ve rushed into their engagement, they have both stated that they believe they’re perfect for one another. Despite their new love connection, fans of the Real Housewives of Atlanta franchise have pointed out that Porsha’s new man is the estranged husband of her friend who she brought on the show during it’s most recent season, Falynn Guobadia.

Falynn and Simon filed for divorce in January 2021 and their split is still being processed legally. Until now, Falynn had been quiet about her estranged husband’s new relationship with Porsha Williams. She has since broken her silence with a statement to the folks over at PEOPLE as well as a spicy pop up during a group conversation on the Clubhouse app.

“I want to thank everyone for reaching out to me and offering their love and support,” she said in the statement. “At this time, I am focusing on finalizing my divorce and healing. Sending positivity to all of you.”

Speaking about her friendship with Falynn, Porsha previously said, “Simon filed for divorce from a previous marriage in January. I had nothing to do with their divorce filing. That’s between the two of them. Falynn and I are not friends, and Simon’s divorce has been settled. Our relationship is a positive, loving step forward in everybody’s lives.”

However, not only does Falynn’s statement to people confirm that the divorce has not yet been finalized, but she also popped into a group convo on the popular chatting app “Clubhouse” where she seemed to hint that things will soon get messier. Falynn entered the group and stated that she’s “very much still married and just as shocked as everyone else that her HUSBAND is engaged to another woman in the midst of their divorce proceedings.” She also stated that there’s more to the story that the public will be made aware of soon.

What do you think about all this? From the sounds of it, this is only going to get messier. Well, consider Falynn and Porsha’s spot next season secured hespecially since Porsha has also reportedly snagged a three-part Bravo special after this whole thing.