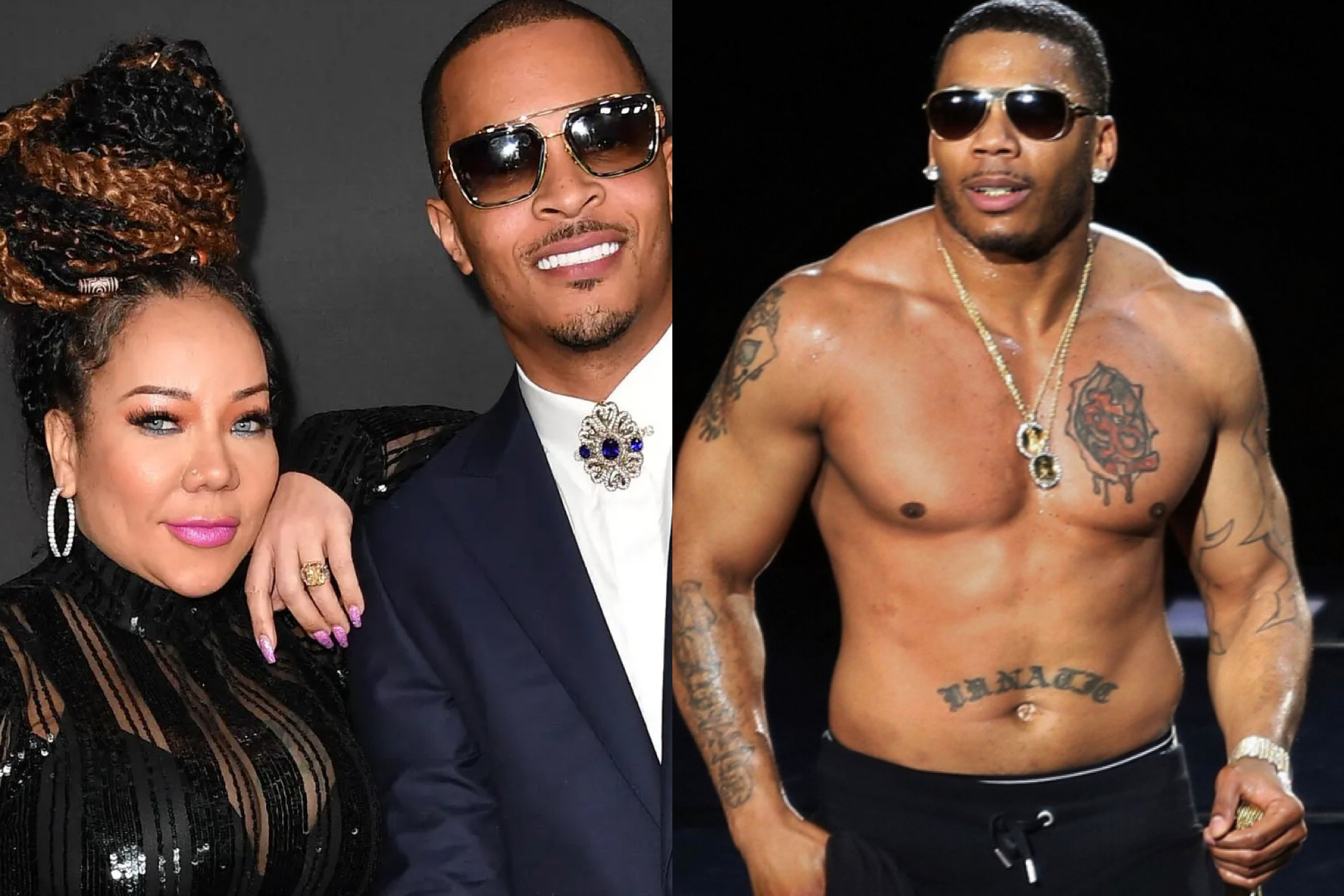 Listen, the accusations against this power couple are truly heating up (pun totally intended). New allegations against Tip and Tiny says the couple forced a woman to sleep with rapper Nelly back in 2014.

Things keep getting worse and worse for T.I. and Tiny. In the recent weeks, a mounting number of women have come forward and accused the ATL couple of sexually assaulting them over the years, with most ladies already having retained lawyers for legal action. Well, now there’s a woman who’s coming out and saying she was not only forced to engage in sexual acts with the couple, but also with another rapper, Nelly.

“Jane Doe” says that she was hired as Tiny’s assistant as a teenager. While she was never paid or compensated, T.I and Tiny forced her to do drugs and forced her to have sex. She alleges that back in 2014 the couple made her have sex with another rapper, that being Nelly.

A post shared by Not Your Model Victim (@notyourmodelvictim)

Unfortunately, this isn’t Nelly’s first run in with the law for sexual assault. Back in 2017, he was charged with raping a woman on his tour bus, which was eventually settled out of court. Then later that same year a British woman sued the St. Louis rapper for forcing her into oral sex after a show in England.

Well continue to keep you posted on these developing and ongoing stories with Tip and Tiny moving forward. Do you guys believe all of this?