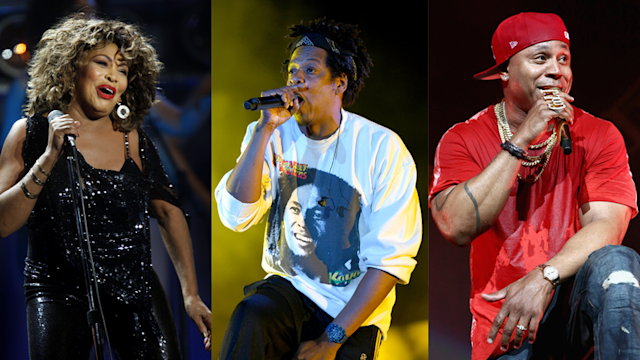 The Roc is in the building.. right along with a few other heavyweights!

JAY-Z, legendary emcee, entrepreneur, and connoisseur of the letter “B,” can now add another accomplishment to his substantial list. Following his nomination in February, JAY has now been officially inducted into the Rock & Roll Hall Of Fame. In addition to Hova, LL Cool J, The Foo Fighters, Tina Turner, The Go-Gos, Carole King, and Todd Rundgren have also received the honor of inclusion.

Though the name may inherently suggest otherwise, the Rock & Roll Hall Of Fame has inducted a decent amount of rappers throughout the years. In addition to Hova and the self-styled Ladies Love Cool James, the list of hip-hop representatives includes Grandmaster Flash and the Furious Five, Run DMC, the Beastie Boys, Public Enemy, N.W.A, 2Pac Shakur, and last year’s inductee Notorious B.I.G.

JAY-Z was inducted in his first year of eligibility. In order to be eligible for this year’s ballot, each nominee’s first single or album had to have been released in 1995 or earlier. JAY-Z’s debut album, Reasonable Doubt, dropped in 1996.

Three of this year’s inductees–Tina Turner, Dave Grohl, and Carole King–are entering the Hall of Fame for the second time. Turner entered in 1991 as half of the duo Ike & Tina Turner.

Mary J. Blige, Chaka Khan, and Dionne Warwick were also among this year’s 16-nominee ballot, but did not garner enough votes.

The induction ceremony will be held at Cleveland’s Rocket Mortgage FieldHouse on Oct. 30 and will broadcast on HBO Max at a later date. Are there artist who you believe should have also been included this year?