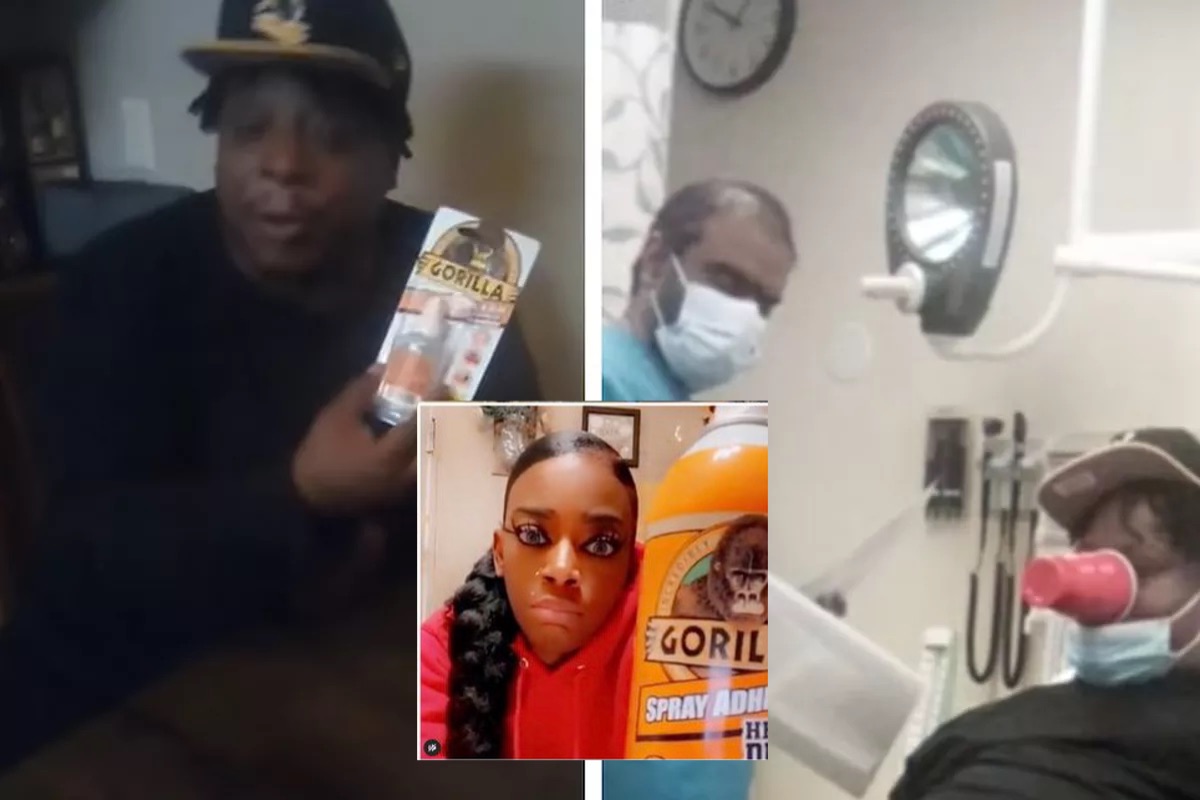 The quest internet fame and clout is one hell of a drug and I’m going to tell y’all right now…y’all better not start giving this fool your hard earned money as well.

A little over a month ago, Tessica Brown, now know to the world as the “Gorilla Glue Girl,” made the utterly ridiculous mistake of using Gorilla Glue spray to lay down her hair. In the weeks following, Brown would reportedly end up washing her hair over 15 times in attempts to make her hair return back to normal, but it soon became clear that her situation was more serious than she thought. Thus she turned to social media for help…turning into a viral sensation over night. Well, it seems things are about to get worse. Apparently there are more folks simple enough to try and duplicate Tessica’s clout come up.

A man in Baton Rouge, Louisiana found himself in the emergency room after trying to start a viral “Gorilla Glue Challenge.” After Tessica Brown’s plight to remove the powerful adhesive from her hair, Len Martin claims he set out to prove that the glue wasn’t as strong as Brown made it seem.

“I thought she was just playing around; I didn’t think it was that serious,” Martin told the folks over at Fox 8. “All these challenges going on, I thought, ‘I’ma go ahead and try it.’ And it went backwards.”

The challenge, Martin explained, began with him using Gorilla Glue to attach a red Solo Cup to his upper lip. In an Instagram video of the challenge, Martin was sure he’d be able to simply lick the glue off. “That didn’t work, though,” he told Fox 8.

The man then went to the emergency room, where he stayed for over an hour. Doctors were able to separate the cup from his lip by what Martin described as “painful peeling.” He now has to keep his lip covered to allow the skin to heal and may have to get the tip of his lip surgically removed.

Martin reportedly has a history of participating in viral challenges. Last year, he appeared on “The Dr. Oz Show” to talk about the harmful effects of the “Ice Cream Challenge,” in which social media users licked grocery store ice cream and returned it to the shelf. When speaking about his own “Gorilla Glue Challenge,” Martin said, “This is not the challenge you want to try. Do not try this.” No shit sir…no shit.