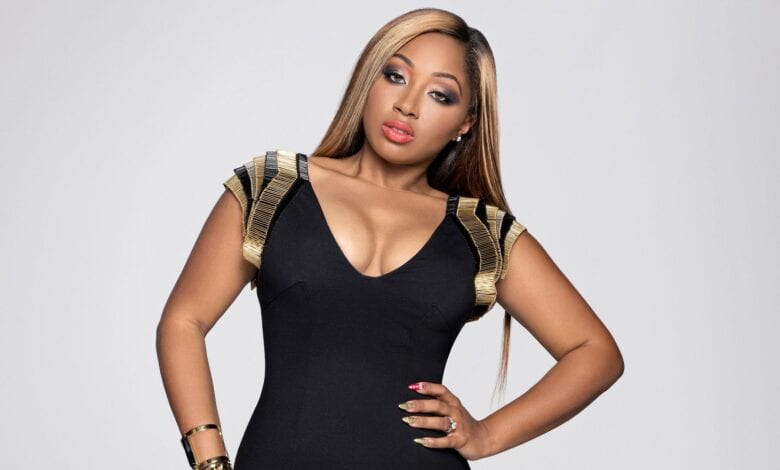 Y’all remember Brittish? Probably not. But like I told y’all before, the girls are stealing because miss mama’s has been picked up on fraud and identity theft.

A reality star was briefly behind bars and is currently facing serious allegations. Brittish Williams appeared but for a brief moment on Basketball Wives L.A. for one season years ago, she’s also reportedly been preparing for a return to the series as she was seen filming for the shows upcoming 10th season, although we aren’t sure how that will play out now. Anyway, during her first stint on the show she appeared alongside her beau, basketball player Lorenzo Gordon. The pair got engaged but suffered several setbacks over Lorenzo’s infidelities, and although they attempted to salvage their romance while on Marriage Boot Camp, they decided to part ways.

In the wake of the shocking news that 18 NBA players were arrested in connection to an alleged $4 million insurance fraud scheme, news also broke that Williams had been taken into custody on unrelated charges.

According to the St. Louis Post Dispatch, Williams was arrested on federal charges related to fraud. The report states that she was indicted at the end of September “on five felony charges of misuse of a Social Security number, four charges of bank fraud, three charges of making false statements to the IRS, three charges of wire fraud and three charges of aggravated identity theft.”

Meanwhile, the reality star’s attorney has stated that he is confident the evidence will show Williams is innocent, noting that she was “targeted because of her celebrity.” It is unclear what punishment Williams is facing if convicted. She has since been released on bond and took to her Instagram story quoting Tee Grizzly’s “First Day Out,” so clearly she’s not running away from the talk surrounding the ordeal. What do you guys think? I suppose we’ll have to keep an eye on how this one plays out.