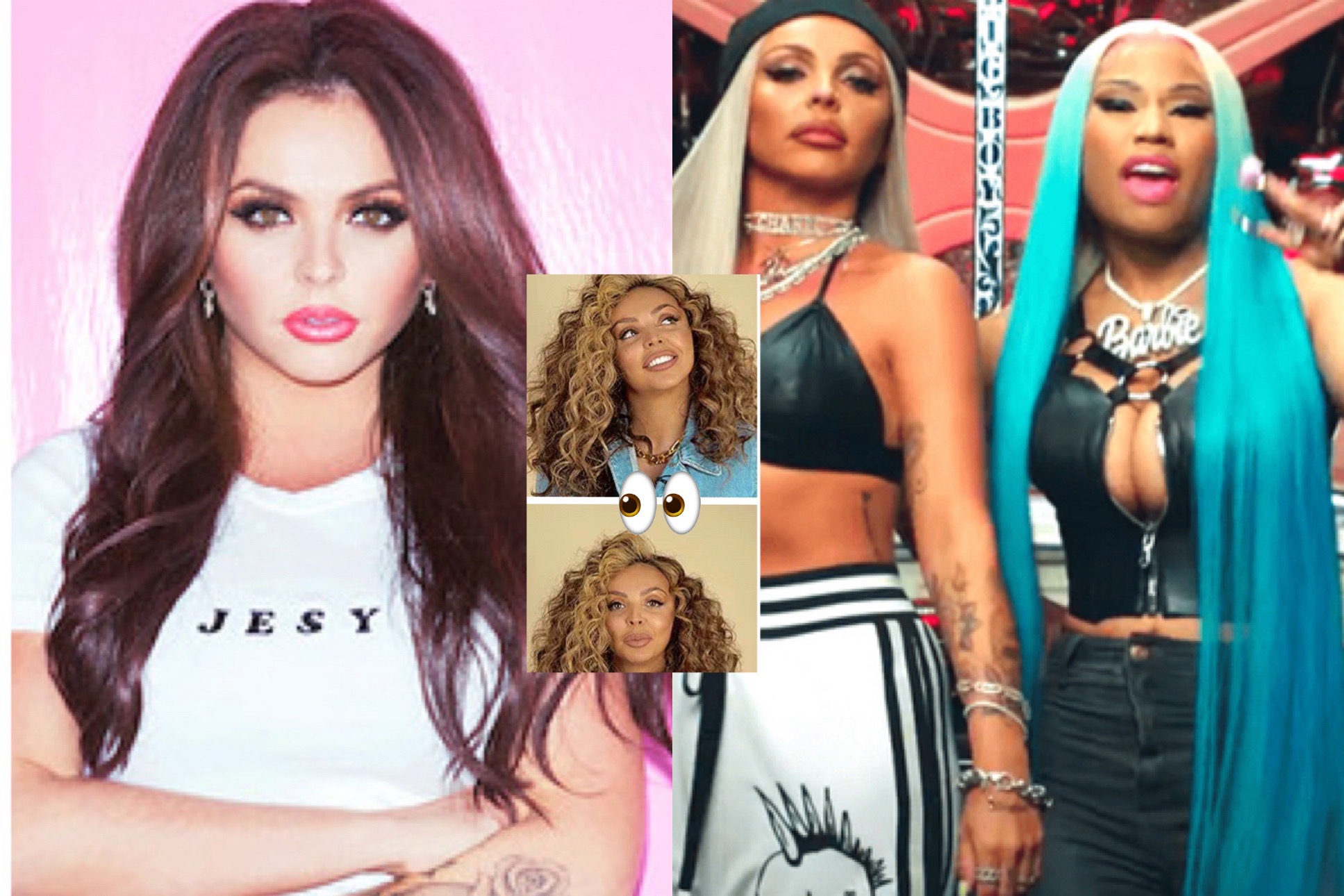 Well, it definitely isn’t the first time but Jesy is darker than Nicki in this video as she sings over a sample of a modern day hip hop classic.. so it’s really not surprising that her new release has reignited accusations that she’s out here “cosplaying as a black woman.”

Former Little Mix member Jesy Nelson has been making waves in public opinion ever since she announced her departure from the group last December. The star appears to be set on continuing to make headlines by collaborating on her debut single with Nicki Minaj, who has herself been the subject of a lot of controversy of late (but that’s a different topic for a differet day). Nelson cited her poor self-esteem and negative body image as her reasons for departing from the British girl band and has since declared that she has “never felt more like [herself].”

However, these types of comments especially have made Twitter users feel more than a little uncomfortable. It started with her more recent social media posts and release of a series of new stills that were previewing she and Minaj’s new track “Boyz.” Now, that the song has been released it has only increased the negative attention towards the new solo artist, with many accusing her of “black fishing” and it’s not the first time Nelson has been accused of being racially insensitive.

First, let’s talk about the single. “Boyz” samples Diddy’s Bad Boy classic “Bad Boy For Life” and Diddy even makes a cameo appearance in the music video. Nicki spins Bad Boy-centered bars on the track that include several artists from the label, which honestly perfectly complements the track’s production, however that’s pretty much the highlight as the beat has forever been grabbing but it just doesn’t seem to end up going anywhere on this particular song. On the track Jesy sings her preference for “bad boys,” and that didn’t escape the attention of people as well as many pointed out that most of her “bad boys” in the video seem to be black or mixed race. One person raised an eyebrow at this, writing, “So this is what she meant by ‘bad boy’ a whole load of black and mixed race men?” And another Twitter user simply decided to boycott the track, with Nelson’s ambiguous appearance being the last straw. They tweeted, “Okay but even blackfishing aside, she’s literally collaborating with Nicki who’s defending a rapist? Whole thing is trash. Throw it, not even in the bin, the incinerator.”

Despite the influx of controversy and negative attention that Nelson has so far attracted during her short time as a soloist, the Brit singer seems unfazed and is continuing to press on and apparently has a major push coming from her label to make her happen over here in the States. Take a look at the video for “Boyz” below and let us know if you’re feeling followed by some of social media’s reactions so you can let us know what you think about all this “blackfishing” talk. Is it a reach or hard facts?

Jesy Nelson’s solo debut #Boyz is cute and the video was a fun 00s throwback. But it’s 4 minutes of blatant cultural appropriation:

To the people saying that Jesy Nelson isn’t blackfishing, here you go. Keep convincing yourself that she looks white in all of them. 😘😘 https://t.co/29cWwNN2ty pic.twitter.com/Z68NikiBYB

I am sorry but Jesy Nelson talking about how she 'tried everything to not be herself' while to this day blackfishing is wild to me. You're still not being yourself doll

Okay but even blackfishing aside, she’s literally collaborating with Nicki who’s defending a r*pist? Whole thing is thrash. Throw it, not even in the bin, the incinerator. https://t.co/6tQOFUKg7F

The collective disgust from my TL at Jesy Nelson’s blackfishing, fetishisation of black men and complete hypocrisy, warms my heart

Leigh-Anne, star from “Little Mix”shared a poem to her Instagram story in which contained the line
“You can attempt to imitate, but soul, you cannot buy”.

Is she referring to Jesy Nelson’s obvious black fishing in her new song “Boyz”? 👀 pic.twitter.com/imdbliewpg

Jesy Nelson, a white British woman, is doing Black American cosplay. Like wth does she know about Diddy and Bad Boy? I said it was going to be a corny culture vulture mess and it was. You just have to fucking laugh. https://t.co/hpBVPWM1f4

jesy nelson has taken her black fishing to the next level. she’s rachel dolezal’ing us in plain sight at this point. pic.twitter.com/ziIcn3sxbx

It's actually embarrassing that Jesy Nelson can have a whole team around her including Diddy and Nicki and no one predicted or tried to prevent the "black-fishing" outrage. Just how? 🤯 #JesyNelson