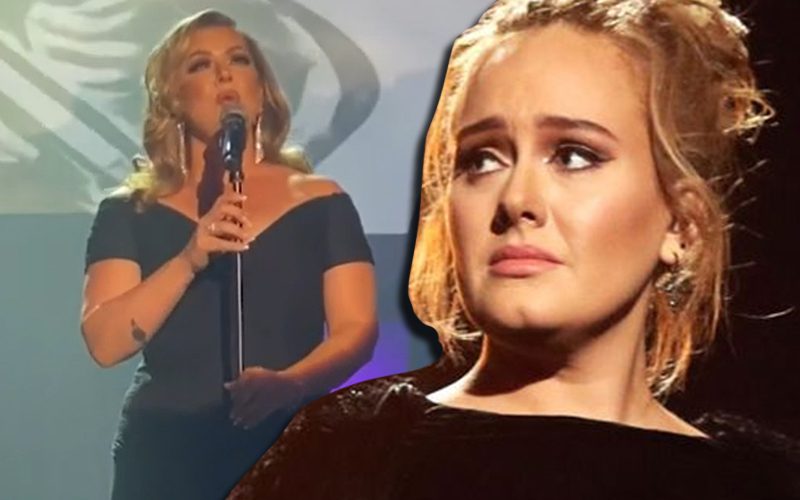 Hello from the other side, indeed. These fans couldn’t see Adele, so they got the next best thing… sort of.

Adele has made headlines recently for mysteriously delaying her highly-priced and highly-advertised Las Vegas residency at Caesar’s Palace. She was meant to perform every weekend from January to April, but ended up indefinitely postponing for reasons that her and the media don’t tend to agree with.

Adele claims the postponement happened due to COVID complications, but other sources say it is a combination of her disagreements with set designers and her relationship issues with boyfriend Rich Paul. Either way, the cancelation disappointed many fans, as the residency caused a frenzy of ticket sales and re-sales when it was first announced.

Now, a Vegas venue hopes to reconcile for Adele’s absence. This past weekend (Feb. 5), Tropicana Las Vegas hosted their “Legends In Concert” show with a new addition. While they often do the show with performers that mimic and pay homage to all-time great musicians like Cher and Celine Dion, they added a new impersonator this week.

Janae Longo performed a set of Adele’s music as her impersonator, as a video surfaced of her singing Adele’s most recent smash hit “Easy On Me.”

Tropicana Las Vegas is giving free tickets to Janae’s show to those with proof of a ticket for Adele’s residency show. So, while there is no light at the end of the tunnel for Adele to perform in Las Vegas any time soon, fans of the British star can see Janae Longo impressively sing some of her biggest hits.

Check out the video of Adele’s look-alike below. Would you be here for settling with the look alike?