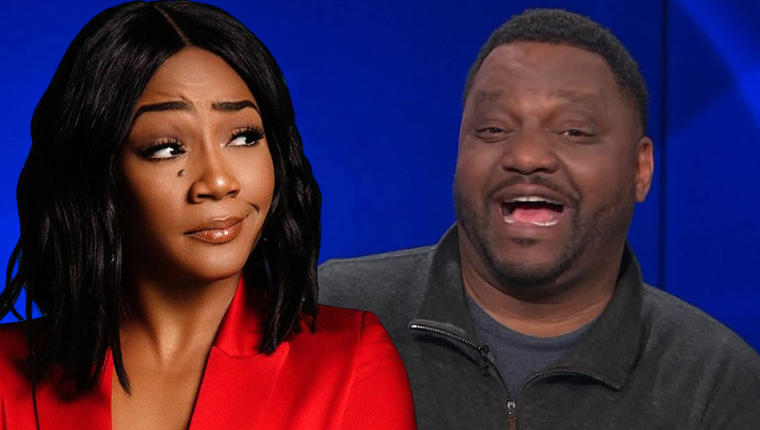 I will never discount anyone’s experience or how they choose to deal with that, but what I will say is I don’t see myself being able to put a price tag on mine or my child’s alleged trauma.

It seems clear that Tiffany Haddish would like to put this case behind her and according to a new report, there may be an end in sight. Haddish has been subjected to public scrutiny along with fellow comedian Aries Spears after they were named in a lawsuit. Two siblings took the actors to court after alleging that when they were minors, seven and 14 years old, they starred in separate comedy skits that they were inappropriate. One of the videos resurfaced online that showed Spears portraying a pedophile as he lusted after the seven-year-old boy.

Both Haddish and Spears have spoken about the case, calling it a shakedown. Now, according to RadarOnline, the accusers are prepared to enter talks of a settlement and have already begun agreeing to some terms in the case with Haddish.

The outlet reported that Haddish and her accusers “worked out a deal privately,” which would block the public from seeing the original complaint. It was said to have been Haddish’s decision to take this to federal court where documents were sealed due to “several photographs of a minor John in an undressed state.”

It is then noted that John and Jane Doe wrote a letter to the judge recently explaining they were open to talking settlement with Haddish. Thy said part of the deal would have to be Haddish publicly apologizing for her role in the skits. They also want her to recant her allegations they tried to shake her down with the suit

In court documents, the siblings recognized that Haddish was friends with their mother and alleged that Haddish would say she was taking the kids to auditions when “in reality she was having them film skits that were sexually inappropriate.”

Details on whether Haddish is open to accepting the settlement have not been revealed at this time. It is however unclear how this would affect Spears. Neither Haddish nor Spears has spoken about this report at the time of this publication. How do you think this is going to play out? Should there just be a settlement?