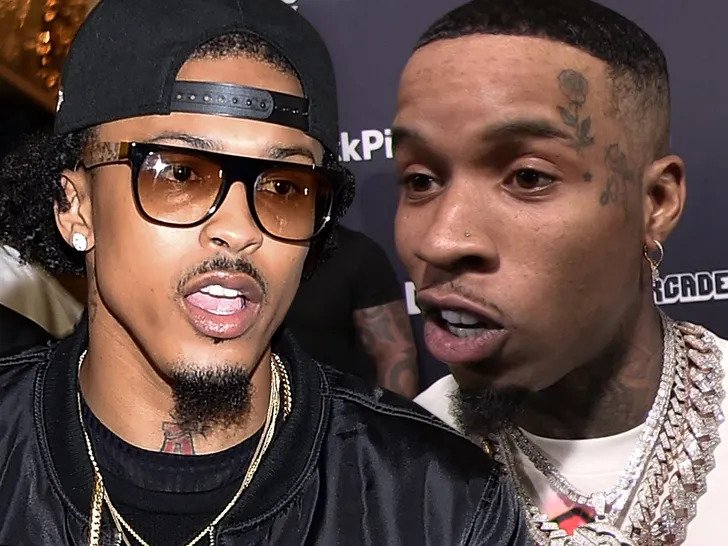 This little fella is just causing a ruckus everywhere he goes and somehow.. the pick me’s will still make an excuse for him.

Tory Lanez will no longer be apart of the “Fall Back In Love Comedy & Music Jam” after his alleged altercation with August Alsina. Over the weekend, the “I Luv This Sh*t” singer took to social media to reveal that the bite sized rapper had punched him in the face, leaving him with a bloody lip and bruised face. Although Tory denied the claims, footage showed the Chixtape star attempting to greet August before the fight went down.

On Monday (September 19), the tour’s creator Rip Michaels confirmed August’s claims that he was assaulted by Tory after the Chicago show, and has opted to cut the 30-year old rapper from the tour completely. Michaels told TMZ that August missed his performance the day after the incident because the assault landed him in urgent care. “There was no fight,” Michaels told reporters. “[August] was sucker punched by Tory Lanez.”

The comedian also added that even though Tory denied the claims, he was extremely apologetic after the altercation. August reportedly made up for the missed show by giving out free tickets to fans. Twitter users have been having a field day since the weekend reacting to the news, many of them pointing out that if the Canadian is caught lying about this situation, it won’t look good in his upcoming trial against Thee Stallion for allegedly shooting her in July of 2020.

“We’re literally witnessing how this [leperchaun] gets on the internet and lies and gaslights his victims,” one person wrote. “Tory publicly stated he had nothing to do with beating up August Alsina and we can clearly see his lying ass caught in 4K. He did the same with Megan! F*CK HIM.”

Others added, “Y’all see how easily Tory lied and said he wasn’t there and wasn’t involved with August? And y’all expect me to believe he didn’t shoot Megan?” and “The fact that it took a man for y’all to actually believe that Tory Lanez did that to Megan… Y’all tiring.”

It has also been reported that the LA prosecutors are “throughly reviewing” this incident. What excuse will they make for little man now?