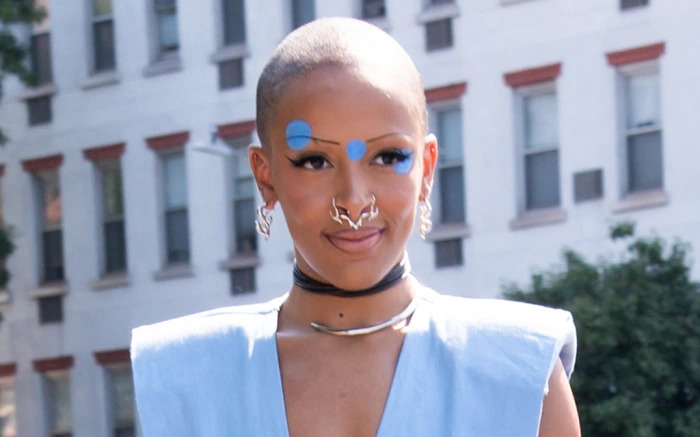 After swiping all the R&B awards from the actual R&B girlies, Doja Cat is apparently ready to go full on R&B with her next release.

For a while now, there has been a debate on whether Doja Cat is considered a rapper or not. Many people have placed her in the Pop bracket, but the ‘Planet Her’ artist has consistently combated those conversations numerous times by declaring herself a rapper. The debate only became more intense as Doja has consistently won R&B award categories over more obvious R&B artists such as Summer Walker. However, Doja is being pretty up front about what genre her next body of work can be categorized as.

During a recent interview with CR Fashion Book, the “Kiss Me More” star shared, “We just have so many ideas and making those ideas consistent is the challenge right now. I can’t really tell much. I just know there’s a lot going on.”

Doja continued on, sharing how rave culture had allegedly inspired the upcoming project. “I’m very into this ’90s German rave kind of vibe right now and it’s really fun,” she shared. “I know that’s kind of the trend at the moment but I loved that stuff as a kid and now that I can express it (obviously, I couldn’t buzz my head and wear a furry bra and have a belly button piercing back then), I’m sort of embracing that. That’s kind of a hint to the album. Rave culture, not house.”

However, apparently that was Doja’s way of pulling the interviewers leg according to her most recent tweet. “im not doing a german rave culture album you guys i was pranking the outlet that interviewed me about it, she tweeted. Following it up with “I’m doing an R&B album,” “Straight R&B no rap at all.”

Straight R&B no rap at all

Now, considering Doja’s… unique sense of humor and what she had to say about the “rave culture album” comment, she could certainly just be pulling legs again but I suppose only time will tell. Would you be here for an R&B album from Doja?