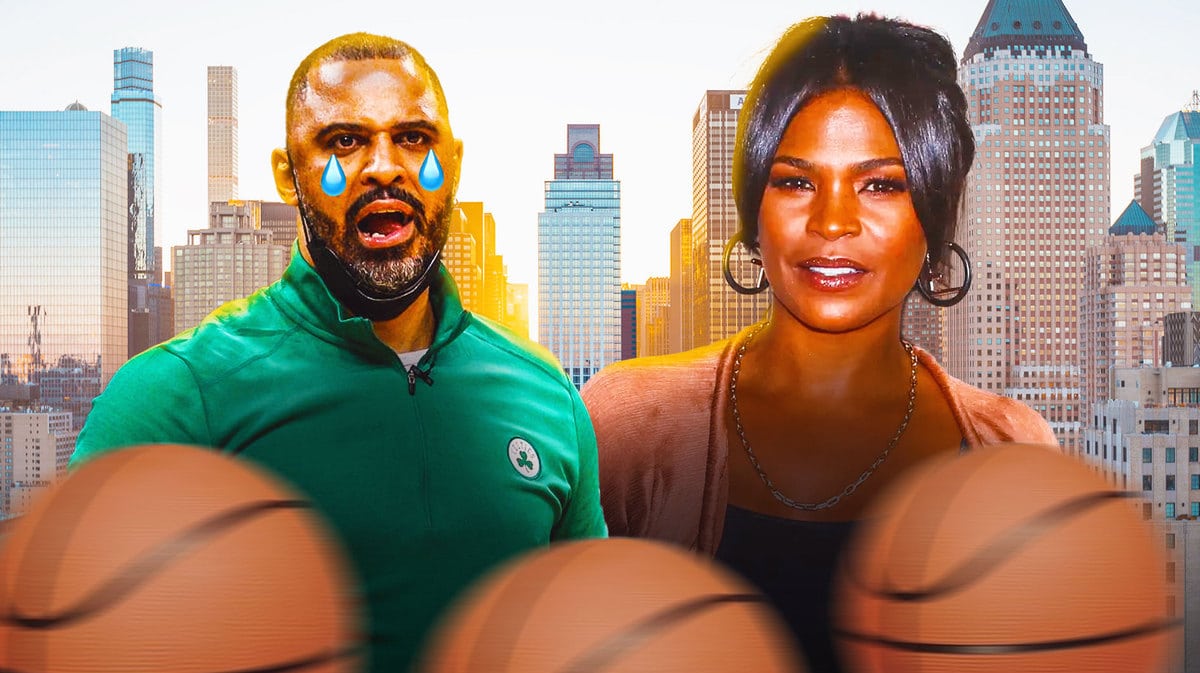 Every now and then some news comes along that reminds that no matter how fine, talented, and beautiful.. sometimes these men really just decide not to be shit. Alexa, play ‘Lemonade’ by Beyonce.

Ime Udoka is the talk of the NBA (and social media) right now as it was revealed last night that he was facing punishment from the Boston Celtics for breaking their organizational rules. At the time of this report, very few people actually knew what Udoka did. Many were fearing the worst, although as Shams Charania reported, it was actually because he had a sexual relationship with a Celtics staffer.

While the relationship was consensual, it was still very much against the rules of the franchise, which means Udoka will be punished. Of course, Udoka is in a long-term relationship with Nia Long, which has made this story that much bigger.

Celtics coach Ime Udoka had an improper intimate and consensual relationship with a female member of the team staff, sources tell @TheAthletic @Stadium. It’s been deemed a violation of franchise’s code of conduct.

Udoka is currently being roasted on Twitter as many are deeming his infidelity as insanely poor form. Long is held in high esteem as one of the most gorgeous actresses out there, and with Udoka’s infidelity in mind, he has swiftly become the subject of numerous jokes and memes.

Udoka will never live this down, and the professional implications make this even worse. Some of the responses on Twitter have been hilarious, with one fan exclaiming “Cheating on Nia Long is not something a sane man does. Ime Udoka must’ve gotten CTE from coaching Al Horford.” Another fan rightfully pointed out “Ime Udoka fumbled Nia Long and the NBA Finals. I’ve never seen an L worse than this one.”

Take a look at some of the reactions below and let us know your thoughts. Also, though many of these reactions are funny, we send nothing but well wishes and love to Nia Long right now.

I’ve never seen an L worse than this one.

Nia Long AINT NEVER been in the news for ANYTHING BUT HER WORK, black women finna send something after him.. & it ain’t God.

Colorism is CRAZY because it’s no way y’all think this is worth Nia Long or a good ass job 😂😂😂 like no way https://t.co/S7sODxG01G

Nia Long has an 100% approval rating with Black America and Ime Udoka is about to understand that.