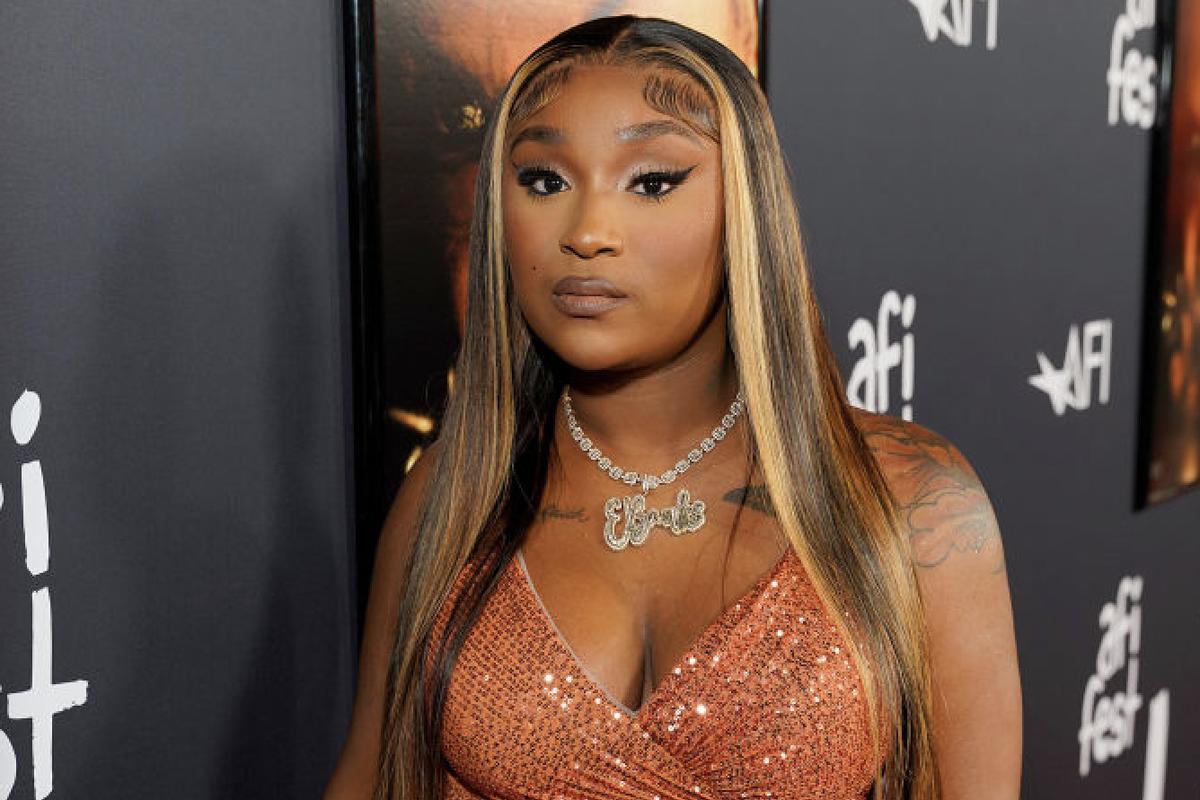 Great Value Megan Thee Stallion definitely gives the energy of that girl who was never popular in school or growing up and now that she got a teeny-weeny bit of attention she doesn’t know how to act.

Erica Banks is out here serving the prime example of not being used to nice things or attention. Erica has landed herself in hot water, once again. Last month, the Texas-born entertainer made headlines after she defended her decision to twerk for a group of high school students, and now, she’s been exposed for seemingly dissing people in her life on her Instagram Close Friends Story.

Early on Tuesday (September 20),a screen recording taken of Banks’ post was uploaded, in which she rants about requiring her friends to look a certain way if they want to go out with her.

“A certain type of look, if she don’t look how I want her to look, physically, I don’t want her to come,” the “Buss It” artist said of stepping out on the town for a night out with her crew. Banks went on to explain herself, sharing that, “Because the look of everything is so important to me. If she ain’t thick enough, no. Hair not did good enough? Nope. Can’t dress? Nope. Skinny? Nope! [laughs].”

“If she ain’t thick enough? Nope. Hair not did good enough? Nope … Skinny? Nope. I don’t feel like I’m discriminating … but if she don’t look the part, I don’t want her to come.”

— Erica Banks speaks on what girls with her should look like at the club.pic.twitter.com/On3WSX8dFI

“It’s like, I don’t feel like I’m discriminating, I just want a certain type of look,” the rap diva shared. “She could be the sweetest girl I’ve ever met in my life, but if she don’t look the part, I don’t want her to come. It’s just not the vibe I’m on.”

Banks said that it’s fine for girls who don’t meet her beauty standards “to come to the cookout [or] the listening party,” but when it comes to the club, she feels as though “bitches gotta look a certain way.”

Soon after she was hit with a considerable amount of backlash in the hours since the video hit the internet, with people leaving comments like “Did your friends treat you this way pre-surgery?” and “This is unBBLievable!”

Erica wasted no time responding to the internet’s dragging and accusing her of being a mean girl, but what’s interesting is, respectfully, I don’t think looks has ever been apart of Erica’s “brand.” I know baddies of all shapes and sizes and let’s just say it takes one to know one. Take a look at all the drama below. Thoughts?

Everybody’s entitled to their own opinion & I’ve never been one to convince people of liking mine. My preference of who I club with when it comes to my brand has nothing to do with y’all. Y’all never liked me anyway so why would I care about what y’all think about anything I say?

I was still Erica Banks, dumb bitch. A BBL doesn’t solidify who I am & I can hangout with who I choose. https://t.co/kJUEm8ogve

Lastly, I love my skinny/smaller women with a passion. Let’s not get it misconstrued. However, when I go to the CLUB, I want thick bitches shakin ass everywhere! That’s my vibe.

There are even skinny women in my music videos, most hand picked by me, so stop it.

Erica Banks when it’s time to go to the club…. pic.twitter.com/klJcuSMe38

Erica Banks saying she only wants to go out with women who look a certain way is not surprising to me. A lot of women feel that way. That’s why y’all don’t be having real friends just an aesthetic lol.

“ you gotta look a certain way to party with me in the club” -Erica Banks pic.twitter.com/rWi9bMJIOX

Many women aren’t as fine as they think they are. Erica Banks is 1 of them. Surgery is giving y’all the illusion that you’re fine (fake ass & titties) but in reality, you just a 4 with enhancements.

imagine getting dressed to go to the club with erica banks in general tho https://t.co/yeWVf3xvd2

It ain’t nothing wrong with getting y’all bodies done I’m here for it🔥The NASTY ASS ATTITUDES, BRINGING OTHER WOMEN DOWN, FAKE PERSONALITIES & ENTITLEMENT some of yall have afterwards that people don’t like. You Can Still Be You & Have Confidence.
Please DONT BE A ERICA BANKS.

Erica Banks has mental illness 😭 how do you just get a BBL then say only thick bitches can party with you? 😭 you was just shaped like a Maytag washing machine